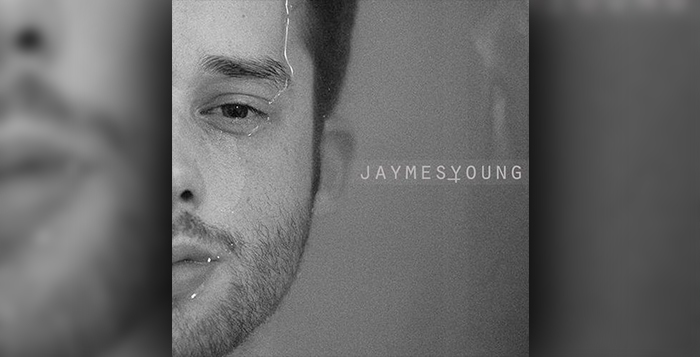 If you don’t know Jaymes Young by name, you should. This Seattle-born singer-songwriter received immediate label interest and blog acclaim upon the release of his first EP Dark Star last year. Young topped Hype Machine’s “Most Popular Tracks” list for months and garnered the attention of critics at Earmilk, Noisey and others. His musical style is eclectic, to say the least. With influences from R&B to pop, Young puts an ambient, electronic twist on traditional genres to create a sound that is unique.

Many artists are faced with the frustrations of attempting to produce a sound as good as or better than is achieved in the studio in a live atmosphere.

Post-production, sound alterations and electronic effects have become commonplace, especially in the indie music scene, and artists are still trying to figure out the best way to approach live shows. Young used some pre-recorded elements, which the drummer controlled on a laptop. In the end, it was the three-piece band primarily responsible for the powerful, modern electronic feel that produced this powerful sound and elevated the studio tracks to something bigger and better. In fact, Terminal West’s small size and superb acoustics allowed the audience to feel the music, literally, through the vibrations.

Young had an awkward confidence about him as he crooned crowd favorites like “Dark Star” and the closer, “Two More Minutes.” Perhaps his youth and lack of experience worked as assets here, imbuing him with an air of genuinity. One of the highlights of his set was his newest single “Habits of My Heart,” which samples prominent indie folk artist Sufjan Stevens and recreates the track as a soulful ballad.

After a brief break, Vance Joy took the stage and completely shifted the night’s musical focus to a rawer, more acoustic sound.

James Keogh has had an incredible ride these past few years. Within hours of uploading his single “Riptide” to SoundCloud earlier this year, the music blogosphere exploded and the song skyrocketed to the top of numerous charts. The track broke the pop radio barrier and became an infectious summer anthem. The Australian singer-songwriter has an indie folk sound with an evident pop influence. Keogh is new to the music scene, but it’s clear that he is aware of what makes music unique and real. He explained in a recent interview with The Independent, “It’s cool to create something that stands up on its own two feet … rather than a dull and diluted version of music you like.”

Keogh began the night with a simple ballad off his first album called “Emmylou.” The audience was relatively still and, clearly, we were all awaiting his more recognizable hits and crowd favorites. The audience sang along faithfully to songs like “Georgia” and, of course, danced and cheered for the hits “Riptide” and “Mess Is Mine.”

The band left the stage for a few songs at one point in the set, allowing Keogh to showcase his powerful raw vocals and unadorned, yet illustrative, songwriting. Throughout the night, songs sometimes melded into one another, and, unlike Young, the style grew a bit monotonous. But Joy hones the stripped-down, folk-pop sound, which countless other artists (e.g. Ed Sheeran, Ben Howard, Paulo Nutini) have wielded successfully in recent years.

Both acts proved that they are more than indie singer-songwriters who can get a song on the radio. The performances complemented each other well and offered the audience something unique and gratifying. Although Vance Joy was the headliner and the one most of the crowd came to see, Young stole the show with his distinctive sound, quiet confidence and elevated live production. This night of electro-infused indie and acoustic folk/pop demonstrates that new artists across genres are out to prove themselves. It’s good to know that new talent is on the rise.