You Better Believe It: Snakehips Brings Tour to ATL 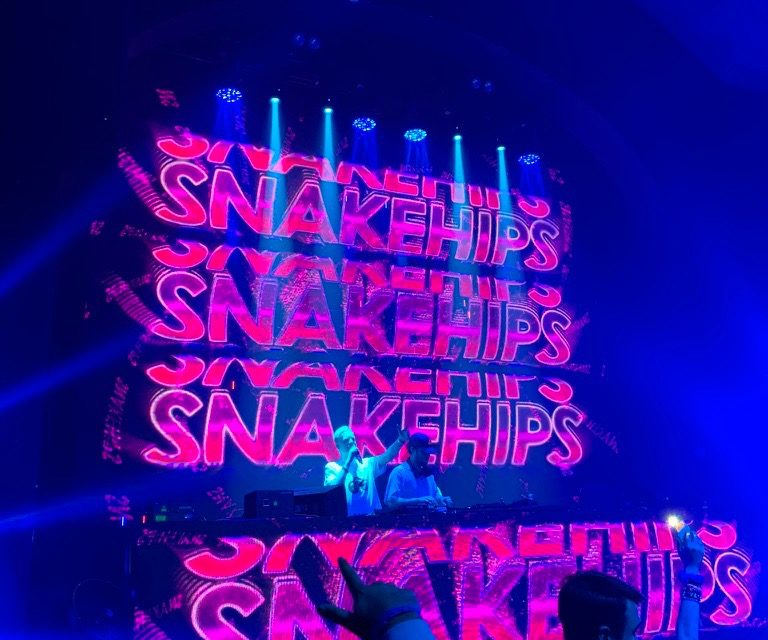 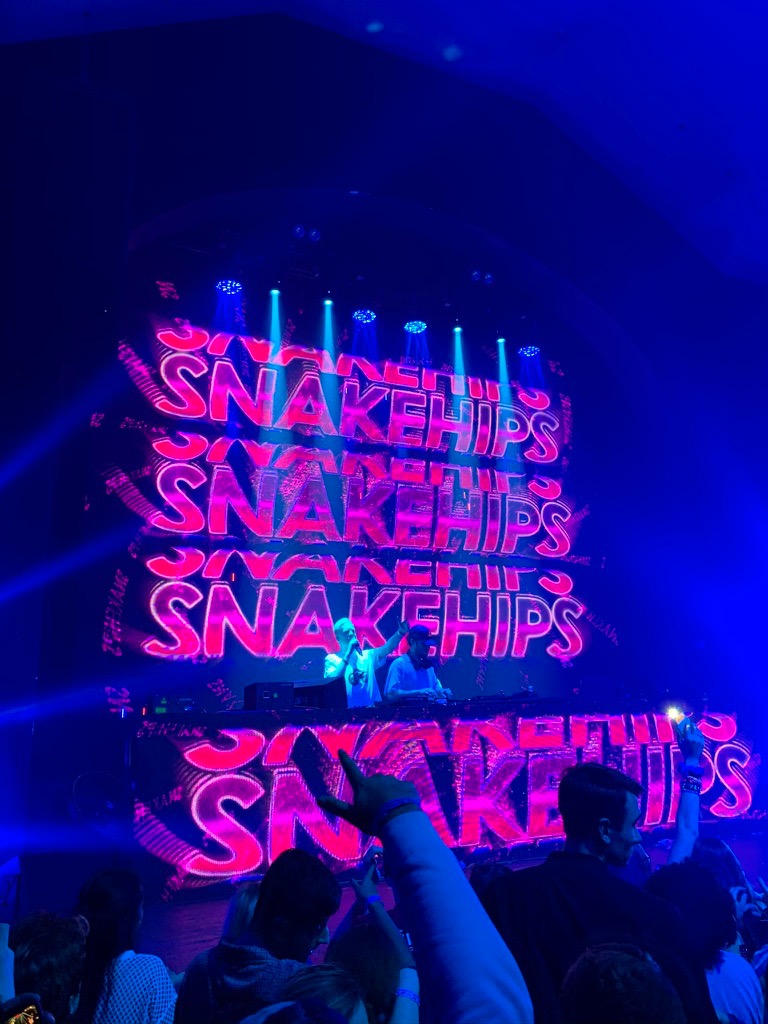 Snakehips brought a new meaning to the “heat of the moment” with the fire dancers who accompanied their show on Saturday, Feb. 22. Though their songs are traditionally happy and calm, their performance at Believe Music Hall was anything but. The artist presented the audience with a thrilling show, intensified with performers who used fully-ignited candelabras and golden plates. The dancers, visuals and intensified reworks of the group’s discography presented the crowd with a set they will not soon forget.

The D.J. duo is comprised of U.K. natives Oliver Lee and James Carter, who have released hit after hit for over five years now. They are known for synthesizing pop-sounds and uplifting beats with unexpectedly complementary and contemplative lyrics. Most of our generation is familiar with their  successful song globally, “All My Friends” with Tinashe and Chance the Rapper. Their other collaborations include “Cruel” with ex-One Direction member Zayn Malik, “Don’t Leave” with MO, “Either Way” with Anne-Marie and Joey Bada$$, “Money on Me” with Anderson .Paak, and many more. Their songs have been played on the radio, in restaurants and have even been featured in remixes by other well-known artists.

Their songs’ traction has been due in large part to their versatility; the smooth beats and relaxed vocals provide a chill sound which works well in a variety of settings. This led myself and the other fans expecting a show to reflect that, but everyone was happily surprised by the amount of excitement that Snakehips brought to their show. The artist knew that Atlanta crowds can handle more intensity and they made sure to bring that element to their set.

The band catered its Atlanta performance to the crowd by integrating well-known trap beats and borrowing strong EDM drops. The artists used recognizable drops from popular party music and paired them with more relaxed build-ups from their own collection of work. For example the song “Dimelo” with Tory Lanez has a charismatic chorus, which served well as the build-up for the drop from the song “Work” by A$AP Ferg. The well-versed listener could easily pick out Lil Yachty, Sheck Wes and Kendrick Lamar from the mix-and-match pattern of drops. As for EDM artists, many of the fans were thrilled to hear Snakehips perform remixes of songs from their favorites like Yellow Claw, San Holo and Illenium.

As incredible as the show was, the venue may be even more of a spectacle. Believe Music Hall is one of Atlanta’s newer EDM venues, having opened in May of 2018. The building is a historic site of a renovated church that Rev. Martin Luther King Sr. once preached in. Glenn and Madeline Goodhand, the creators of the Imagine EDM festival, collaborated with Mahesh Harjani, a well-known name in the Buckhead nightlife scene, to create multiple environments within the building. The owners clearly had an ethereal vision for the space, evidenced in their labeling the venue’s levels as “atmospheres.” Atmosphere Two is referred to as “Eden,” which brings a different perspective to what a church basement can be; the dark and underground vibe transports you to a different musical experience. Both areas are incredibly well sound-proofed so there is no overlap between the music of the two stages, which is impressive considering the space. Having two spaces within the hall makes it easier to party through the night as a change of scenery and sound is always right around the corner.

I left the innovative venue and electrifying concert wanting more. Believe could be the future of live music venues; the way the creators managed to put a whimsical spin on what was otherwise an abandoned building begs the question: what other spaces in your city could be renovated to that level of wonder? As for the artists, Snakehips commanded the attention of their stage and their crowd, giving fans an exhilarating show that they were not expecting, but will never forget.