As Feb. 16 approaches, some people set out red lanterns and paste paper cuttings on their windows in preparation of the Chinese New Year. The year of the dog, 2018 promises to bring those born this year both emotional wellbeing and financial wealth, though anyone can secure a prosperous year by starting off on the right foot.

The Chinese New Year begins with a three-day celebration filled with food, family gatherings and fireworks. Foods such as fish and tofu ensure surplus and fortune, while fireworks are launched to scare away the monsters of the past year. Families that live far apart gather together at this time.

“My favorite way is to celebrate Chinese New Year with my whole family, like we did in the past,” Emory Chinese Student Association (ECSA) member William Ding (21C) said. “To be honest, the most important part for me is not all these traditional practices. It’s the opportunity to meet all the family members including grandma, grandpa, uncles, and aunts at the same time.”

Though far from the boisterous streets of China, Emory prepares for the new year, too, as Chinese student organizations present authentic festivities during the upcoming week. These events aim to introduce students to the holiday as well as unite Chinese students who are far from their families.

Celebrations are set to commence Feb. 14, with ECSA bringing together several of the Chinese clubs on campus, including Emory Chinese Theater Club (ECTC) and the Asian Student Organization (ASO), to pop up during Wonderful Wednesday for a flash mob Chinese dance. ECSA will also be handing out new year celebration snacks as well as other traditional Chinese snacks.

“It’s a great time to just get excited and let people know about the upcoming week,” ECTC Co-President Wenzhu Pan (19B) said. “It’s also a great time for people who don’t celebrate to learn about the holiday.”

On Feb 15, ECSA will host its third Culture Night from 6 p.m. to 7 p.m. in the Modern Language Building in room 201. Native Chinese students will be presenting and sharing their cultural insights on entertainment media in China, as well as Chinese new year, and how it is celebrated both traditionally and in modern times, all over a meal of authentic Chinese cooking.

For music lovers, the University’s Vega String Quartet will perform a variety of Chinese contemporary and traditional folk songs in celebration of the new year at noon on Feb. 16 at the Michael C. Carlos Museum. The free program will feature pieces by Zhou Long, a Pulitzer Prize-winning composer known for combining traditional Chinese music with Western influences, and Tan Dun, famous for his contemporary works in Chinese blockbusters as well as his composition for the 2008 Beijing Olympics.

The following evening, ECSA will host a Mini Carnival from 5 p.m. to 9 p.m. on the James W. Wagner Quadrangle. For those looking to celebrate a traditional new year or score some free food, the carnival will offer a variety of outdoor games, from sumo to ring toss, with chances to win prizes including Asian snacks such as boba tea, takoyaki — a ball-shaped flour snack filled with savory flavors — and taiyaki, a fish-shaped cake.

ECSA will host their anticipated annual signature event, the Lunar Banquet, from 6:30 p.m. to 9:30 p.m. on Feb. 17 in Cox Ballroom. The night promises authentic Chinese foods such as egg rolls, fried sesame seed balls and wontons, with student performances from traditional Chinese dances to martial arts, as well as raffle prizes, including a chance to win NBA tickets. Tickets to attend cost $5 on Eventbrite and $7 at the door. For students new to Chinese New Year, the banquet will be an opportunity to get a taste of Chinese culture, while for those who have celebrated all their lives, the event will be a place to practice traditions despite being far from home.

“I can’t eat dinner with my family this year,” Ding said. “But ECSA provides me with a close-knit community that is like my second home. So even though I can’t spend time with my family to eat, I still have my second family with me here. ”

“I like just watching the … gala on TV while chatting with friends and maybe [FaceTiming] families,” Chinese Undergraduate Student Organization (CUSO) Vice President Lillian Pang (20C) said. “During this time everyone can get together to eat, drink and share thoughts about the past and the coming year.”

To round out celebrations, CUSO, the Korean Undergraduate Student Association (KUSA) and ASO will co-host their own Moonlight Gala in Cox Ballroom on Feb 25. Doors will open at 5:30 p.m., and the night will be filled with games, performances and refreshments.

Though far from China, student organizations put on a variety of events to celebrate the new lunar year. For students who have celebrated Chinese New Year for as long as they can remember and for students just looking for an opportunity to relax and try something new during midterm season, the University is brimming with opportunities to learn about culture, practice traditions and, of course, eat. 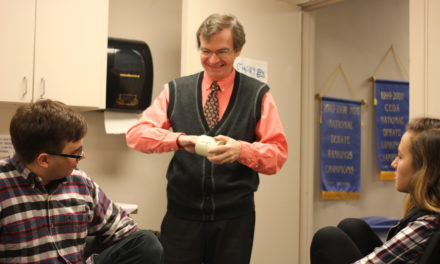 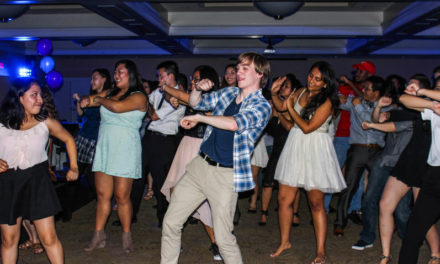 Beauty as an Art Form