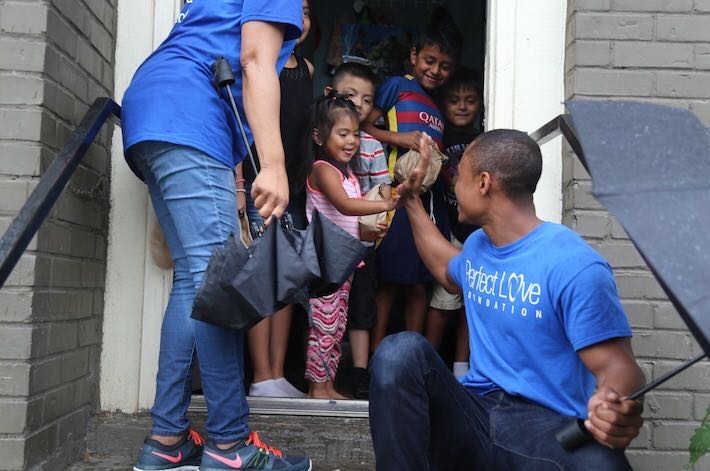 Coming out of Emory in 2009, Taos Wynn (06Ox, 09C) thought he would become a New York City stockbroker. Instead, his life veered in a completely different direction. Now the CEO of Perfect Love Foundation, a nonprofit organization that helps people in Atlanta by providing resources and hope, he didn’t start out with sociology or philanthropy when he first began to look for a job.

Claiming to be a talented and naturally gifted entrepreneur and investor since a young age, Wynn has always been interested in economics. In middle school, he grew fond of Berkshire Hathaway Chairman and CEO Warren Buffett and the investment markets. After researching stock markets on his own time, he bought a single stock from Nike while in middle school and built up his portfolio through his later purchases from Coca-Cola, Home Depot and Intel. By the time he graduated from Emory, he had accumulated enough money to support himself in a fully furnished apartment.

Taos Wynn (06Ox, 09C) and the Perfect Love Foundation distributed food throughout Atlanta neighborhoods during the Summer of 2016 to provide food to children who typically relied on free lunches during the academic year./ Courtesy of Taos Wynn

As an economics major, Wynn hoped to travel New York after graduating from Emory in hopes of finding a job on Wall Street. But due to the 2008 recession, an opportunity in finance was not ideal, and he changed his path completely to philanthropy.

Wynn attributes this job switch to his surroundings growing up. Wynn’s home environment and his parents’ advocacy for outspokenness gradually gave rise to his philanthropic nature. His parents always told him and his brother to speak up about what was on their mind. They both claim that this mindset set them up for success in philanthropy.

But Wynn stated that the main reason for his venture into philanthropy was noticing the world around him and the struggles that people faced on a national scale.

“I really felt as though I had the ability to speak, and I wanted to provide a voice to address a lot of the issues that I saw,” Wynn said. “I didn’t want to accept things the way they were and the way that things appeared to be going. I didn’t want to go along with that direction.”

Although his surroundings and experiences shaped his love for helping others, Wynn also said that Emory provided several foundations that set him up for success — namely the importance of personal drive and a basic understanding of the stock market.

“Emory did a great job with their Socratic methods of teaching and experiential learning that requires you to voice how you feel about subject matters and content,” Wynn said.  “[Emory] provided me with such a branded foundation. … It challenged me as a student and helped me to better prepare for the obstacles I have today.”

Wynn’s first philanthropic trip was to Haiti following the 2010 earthquake, where he went on a mission trip guided by his friend Archie Collins. Spending seven days there, the group helped care for the disaster victims by distributing food and constructing an orphanage.

Just three years later, Wynn, who now lives in Atlanta with his daughter, succeeded in founding the nonprofit Perfect Love Foundation in 2013. His foundation began supporting 1,000 people in Atlanta by providing resources like coffee and blankets or sending handwritten love notes to show that there are people who care about those who need help.

Wynn recognized that most people want to help or attempt to help those in need, but the differentiating quality in the Perfect Love Foundation is that he has a goal to “provoke people to love” one another.

“To my knowledge, I don’t know any other nonprofit organization, [out] of … 50,000 [other organizations] in Georgia alone, that their mission encompasses provoking people to love,” Wynn said. “Anything we do we want to make sure it expresses or communicates love.

In addition to spreading love throughout the city through various community service projects and disaster relief programs, the foundation also focuses on community, education and advocacy. The Perfect Love Foundation has provided students with education and has advocated for racial equality.

Although the Perfect Love Foundation started out as a way to help the community, it created a deeper, lasting impact through one of their events in which foundation members wrote and sent love notes to those they had helped. The letters featured warm and uplifting messages as a way to spread love within their community.

Now, as one of Atlanta’s fastest growing nonprofits, the Perfect Love Foundation participates in other activities such as initiating leadership development programs to provide students with better tools to accomplish their goals and improve their community.

Wynn, however, does not limit himself to only helping others in his community through Perfect Love Foundation. In 2017, Wynn began lobbying for legislation that created telephone hotlines for human trafficking victims. The effectiveness of his legislative work has made Wynn place greater involvement in public policy.

Realizing that public policy and legislative actions had more power and effectiveness when it came to helping others, Wynn submerged himself in making a larger impact legislatively alongside the foundation.

“I think it’s his destiny [to be participating in public policy],” said Phylicia Goings, Wynn’s friend and colleague in the Millennial Civil Rights Campaign. “What people see [Wynn] doing is not something that everyone can do. There may [be] people who are angry at some of the things that are happening, but there are people like [Wynn] who want to help and want to change some of the things that are happening, … [and he knows] how to turn that into initiatives that literally gets things changed.”

But Wynn has worked hardest on his Unify Georgia initiative, a project he started in 2017. The project proposed a holiday to celebrate “the promotion of unity, gender and racial equality, and intolerance of discrimination,” according to his biography. Wynn wrote a letter to the Georgia General Assembly to suggest his idea. Although it was met with controversial opinions, the initiative succeeded when Sen. Donzella James (D-Ga.) sponsored the legislation in the Senate, assigning March 11, 2019, as the first Unify Georgia Day. The event will continue take place annually.

Wynn continues to work to make his community a better place and hopes to come up with new creative ways in which the Perfect Love Foundation can assist homeless students. He also hopes to continue expanding after-school programs in Atlanta public schools while also aiming to better encourage college students to become politically engaged through his campus tours at Emory starting in November 2019.

“To me, [Wynn] is someone who is the epitome of just wanting to do right,” said Wynn’s former roommate Fred Linton (06Ox, 09C). “Now, his main concern is putting his best foot forward to make sure his daughter grows up in a better world he did. He doesn’t want to feel like he didn’t do the best he could to make things better for his daughter.” 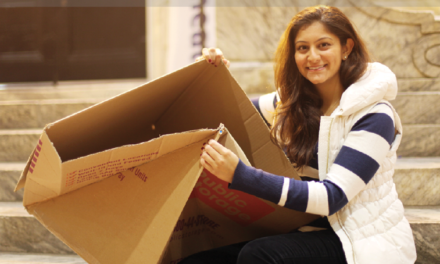 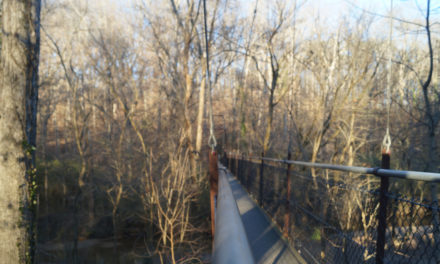 Top 10: The Most Romantic Spots on Campus