‘WRITERS’ Photography Exhibit is One of MARBL’s Marvels

The third floor of the Robert W. Woodruff Library has many hidden gems, including a shower, colder water fountains, free telephones and a skillfully curated exhibit featuring the wide array of writers archived in the Emory Library.

One of the third floor’s greatest attractions is the Schatten Gallery, which currently houses “WRITERS,” an exhibit that features portraits of famous authors, poets, novelists and journalists by photographer Nancy Crampton. The exhibit opened to the public on March 30 and will remain in the Gallery until Nov. 2, 2012.

Photos on display include portraits of Robert Penn Warren, Margaret Atwood and Salman Rushdie, as well as Tom Stoppard, whose sly smile contrasts the stern glare author Richard Wright displays in another photo down the line.

Curated by Elizabeth Chase and Julie Delliquanti, each photograph is accompanied by materials designed to connect the writers with one another and the collections from the Manuscripts, Archives and Rare Books Library (MARBL).

This exhibit brilliantly showcases each writer’s ability to touch another person through his or her craft.

In a stroke of creative, democratic curating, Chase and Delliquanti opened the floor to local writers. The curators gave both Emory undergraduate and graduate students, high school Advanced Placement (AP) Literature students, faculty and professors the chance to write about the effect a particular writer has had on their life or literature.

The open structure of this exhibit is directly in line with the philosophy of MARBL. Inspired by William Butler Yeats’ dream of exposing all of Ireland to great literature, the curators of MARBL believe all should have easy access to their collections.

“Its treasures would never be the exclusive preserve of elite scholars and postgraduates. They were to be materials for teaching as much as for research, for imaginative inspiration as much as for monographs,” said Goodrich C. White Professor of English Ronald Schuchard.
This philosophy is especially evident in AP Literature student Rock Delliquanti, a senior from Druid Hills High school who curated a section on Maurice Sendak, the author and illustrator of the children’s book Where the Wild Things Are.

While researching the author, Delliquanti found himself immersed in the archives; his unique perspective now hangs in the Schatten Gallery. With no credentials besides curiosity, he was allowed free reign to explore MARBL’s treasures – an opportunity which would please Yeats a great deal.

Delliquanti’s piece rubs elbows with Associate Professor of Creative Writing and English Joseph Skibell, who spins a literary yarn about Edward Albee and Tom Stoppard, his favorite playwrights. In his exhibit, Skibell puts forth the idea that Albee and Stoppard are the literary progeny of Samuel Beckett’s existential and witty works.

Besides reading, visitors to the “WRITERS” exhibit can listen to W. H. Auden read his poem about the death of Yeats. Also available is a whimsical performance by Allen Ginsberg, accompanied by guitar, as he sings about the CIA and Asian-American relations.

Bibliophiles and casual readers alike will find a delicious buffet of styles and genres in “WRITERS.” The personal accounts of each author’s work bring to life these books behind glass boxes, which is exactly what MARBL was hoping for.

If Emory students do not necessarily brim with school spirit when it comes to their sports teams, they may at least feel a beaming sense of pride that Emory holds the personal archives of the likes of Ted Hughes, Seamus Heaney and Yeats ­­– along with exciting exhibits like “WRITERS.” 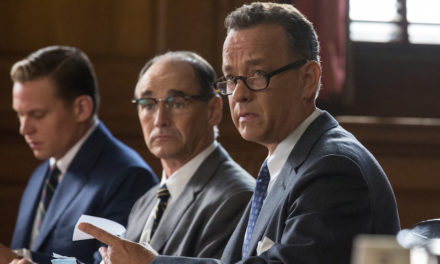