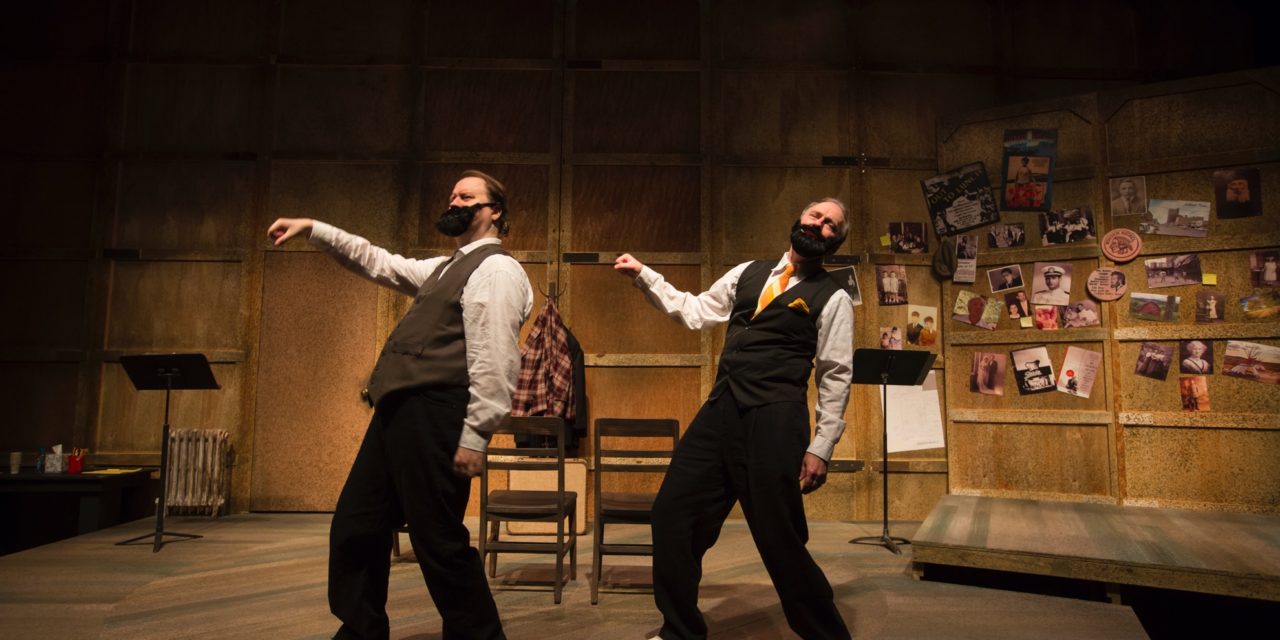 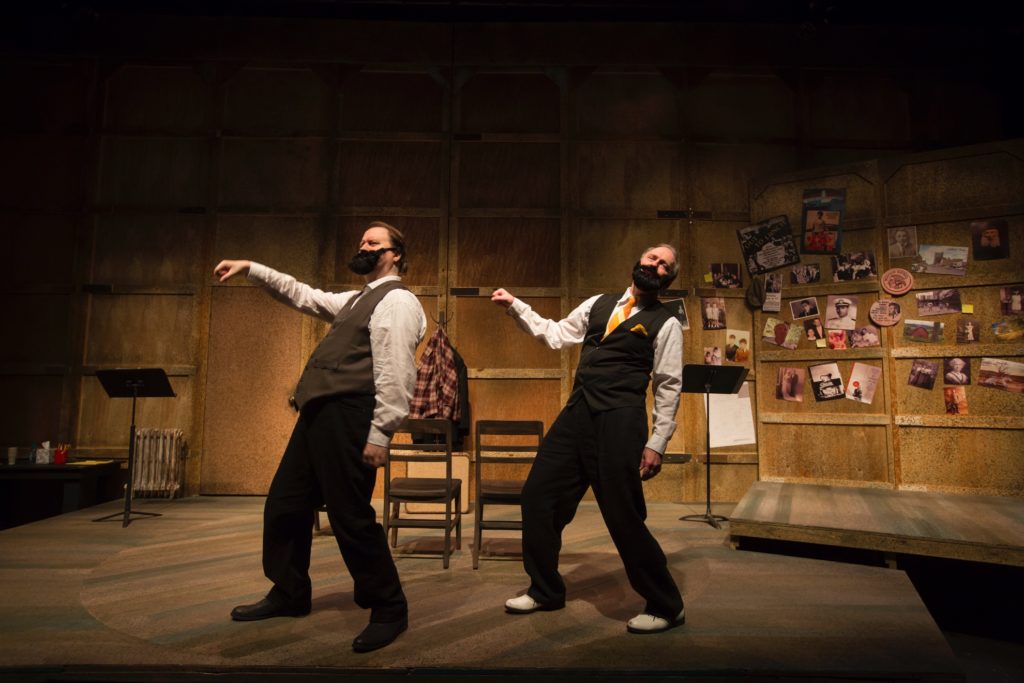 The saying “people come into your path for a reason, a season or a lifetime” is seldom truer than with family members. Occupying an intimate and inviting set, two brothers recall their childhood, sweeping the viewers along with them on their personal journeys inspired by the memory of their eccentric uncle. Through storytelling and comedy, “Wooden Nickels” presents to the audience a tale of friendship, self-discovery and legacy. The play, presented by Theater Emory and directed by Emory Professor of Theater Studies Tim McDonough, debuted at the Mary Gray Munroe Theater on Feb. 26. Although the play was originally written as prose by writer and Professor of English Joseph Skibell, he adapted “Wooden Nickels” for the stage.

“Wooden Nickels” takes advantage of the small theater to create a charming and warm atmosphere. Bathed in yellow-orange light, the stage remained clear, featuring only three chairs, a coat rack and a wall covered in photos and posters. This environment made it feel as though the two characters, brothers Joseph (Hugh Adams) — named after the playwright himself — and Ethan (Michael Strauss), appear as if they were speaking directly to the viewers. The play follows the two as they rehearse the story of Jack Tiger, their father’s cousin. Joseph claims that he and Ethan will tell stories from their childhood, in which Tiger plays a large role. Joseph begins with an explanation of the play’s origins, explaining that a family friend asked if he would be willing to clean out a barn full of Tiger’s possessions. This launches him into a series of side-stories that reveal details about the brothers’ father, Tiger and their hometown. Ultimately, Joseph and Ethan end up completing their journey to the farm before detailing the last few years of Tiger’s life.

While initially confusing in its meta-approach, it becomes clear that Joseph and Ethan are walking the audience through Joseph’s play script, which he wrote about Jack Tiger. Because there are only two characters, though several others are mentioned in the story, Joseph and Ethan pretend to voice them as they are mentioned. The brothers act out what they remember about their father Irwin, Jack Tiger and their other friends. Occasionally, Joseph and Ethan break character from their reenactments to exchange jokes between themselves or the audience. To aid in the audience’s understanding that this is a play about a play, Joseph frequently shifts through his papers and jots notes down as if he were editing his original script.

Despite the abnormal life of the play’s central subject, Jack Tiger, “Wooden Nickels” is relatable. Joseph and Ethan share a good deal of light-hearted banter that conjured memories of my own. Similarly, Irwin and Tiger share a friendship rooted in love and loyalty despite striking differences in personality. Likewise, one understands Ethan and Joseph’s struggle for recognition and achievement in their fields (acting and writing, respectively), a characteristic that they come to realize unites them.

“Wooden Nickels” thematically explores self-discovery and immortality. Both brothers and Tiger are striving to find purpose and leave their legacy. Tiger aims to live his life to the fullest while Joseph and Ethan discover aspects of themselves. While Tiger is eccentric and ambitious at his best, he is shady and irresponsible at his worst. Despite his questionable morality, Tiger clearly wishes to leave this mark on the world through the production of movies and goes to great lengths in an attempt to fund this dream. Similarly, Joseph, the author of the play, wishes to find meaning through writing while Ethan hopes to do the same by acting. Joseph and Ethan see themselves in Tiger’s failures; all three wish to be immortalized in their arts yet have not quite made it as big as they would have hoped.

The play’s small cast gave Adams and Strauss ample time in the spotlight. Both actors displayed tactful skill; in particular, Strauss’s ability to quickly switch between the reserved Ethan and the over-the-top Tiger without skipping a beat was impressive. Furthermore, the actors’ delivery of one-liners and anecdotes throughout the play contributed to an intimate atmosphere.

“Wooden Nickels,” wonderfully produced and delightful in mood, took the audience along on an expedition of self-discovery during its weeklong run. Even though the personality of Jack Tiger himself is not relatable for most, viewers can see themselves in his quest to fulfillment, his reliance on his family and the generational friendships between the characters. Ultimately, the audience travels with the brothers, coming to reflect on their own lives just like Joseph and Ethan.