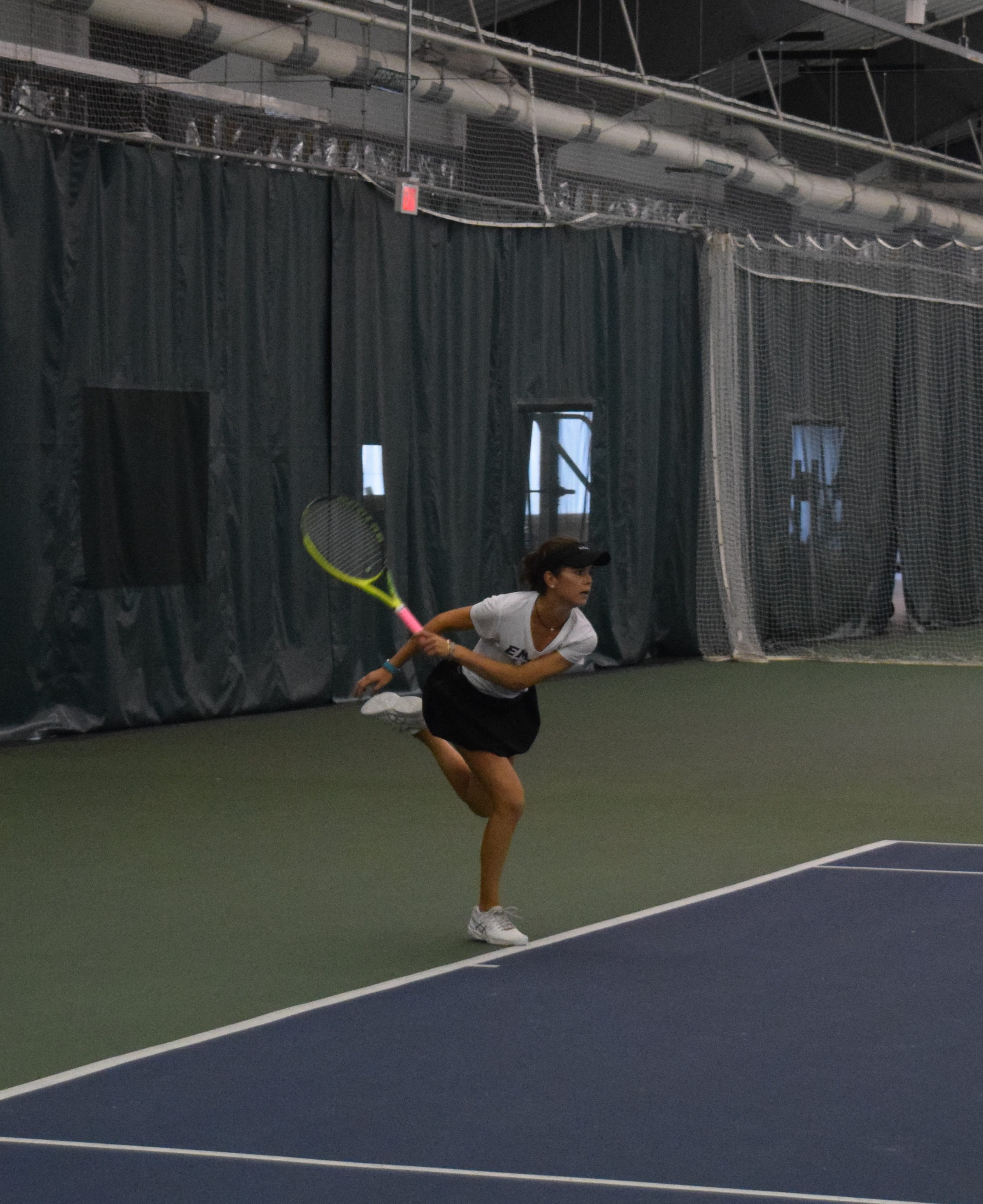 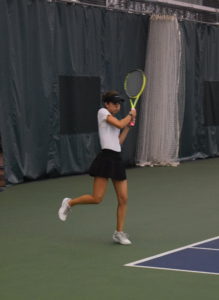 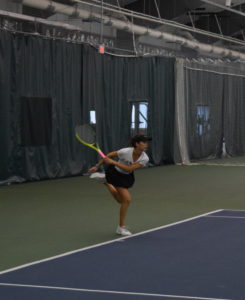 Sophomore Ysabel Gonzalez-Rico swings her racket in a singles match at the ITA South Regional Champs on Sept. 30 at the WoodPEC. Gonzalez-Rico won her second consecutive singles title in addition to doubles alongside freshman Jessica Fatemi. Forrest Martin/Senior Staff

Get out the brooms, folks. The Emory women’s tennis team dominated the ITA South Regional Championships this weekend, sweeping both the singles 6-4, 0-6, 6-1 and doubles 6-4, 7-5. Sophomore Ysabel Gonzalez-Rico won her second consecutive singles title and formed a dynamic partnership with freshman Jessica Fatemi to win the doubles final.

In the singles draw, senior Jessica Lopez and sophomore Defne Olcay also advanced to the semifinals of the singles draw with Lopez losing to Gonzalez-Rico 6-3, 6-3 and Olcay losing to North Carolina Wesleyan University’s Fariza Abdulloeva 6-2, 4-6 and 6-2.

In the singles championship match on Sunday, Gonzalez-Rico faced Abdulloeva. After a hard-fought first set in which Gonzalez-Rico emerged victorious 6-4, Abdulloeva came out in the second set and dominated Gonzalez-Rico to the tune of 6-0.

Head Coach Amy Bryant said that, after the second set, she told Gonzalez-Rico to “play her game.”

“[Abdulloeva] was painting the lines,” Bryant said of Gonzalez-Rico’s second set performance. “Ysabel is very smart on the court and really driven, and I told [Gonzalez-Rico] to be herself. I told [her] to attack her second serve.”

After taking a few minutes to regroup, Gonzalez-Rico went into the third set with a “clean mind.”

“[I] played my game, an aggressive baseliner type of game, and [Abdulloeva] started missing more,” Gonzalez-Rico said about her initial play style.

Gonzalez-Rico’s increased level of play enabled her to emerge victorious with a 6-1 advantage in the deciding set. This grueling match helped Bryant, in her 20th season as the women’s head tennis coach, win her 17th straight regional singles championship.

“Both teams did what they were supposed to do,” Bryant said. “[The match] came down to one or two unforced errors here or there.”

After winning the ITA South doubles title with Bridget Harding (18C) last year, Gonzalez-Rico has taken on a new role this year in her partnership with freshman Jessica Fatemi. The pair went on to extend the team’s winning streak to 12 with this year’s doubles victory.

Gonzalez-Rico commented on the difference in her team role this year.

“Last year, I was the one learning,” Gonzalez-Rico said. “This year I am the one who has to lead the team and teach the freshman.”

Fatemi had nothing but praise for Gonzalez-Rico, describing her as “an amazing person and a vocal leader.”

“Coming into Emory, I wasn’t really a doubles player,” Fatemi said. “But [Gonzalez-Rico] has taught me a lot.”

Gonzalez-Rico and Fatemi will play at the ITA Oracle Cup in Rome, Ga., from Oct. 11 to 14.

Gonzalez-Rico hopes to get back to the finals of the singles and doubles draw. However, this year she said she “intends to come home with a win.” 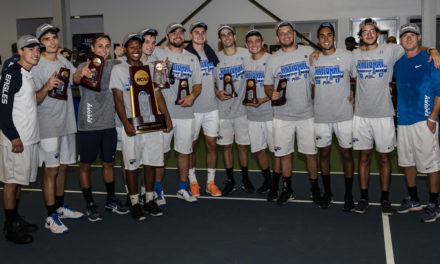 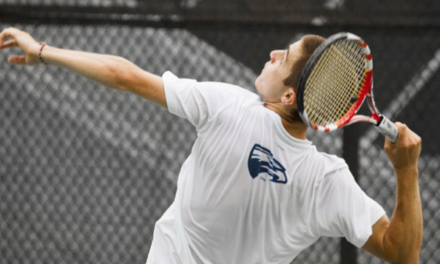 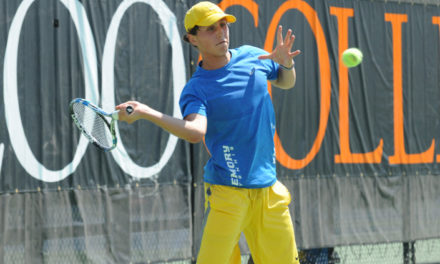