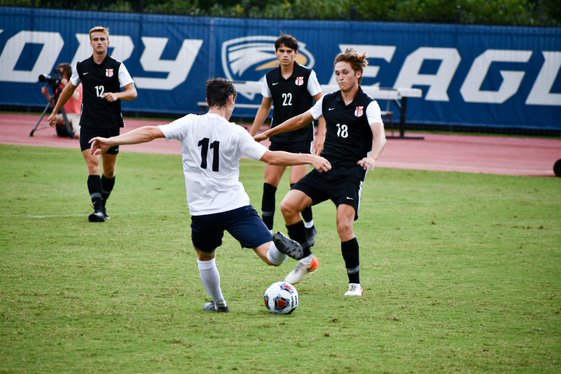 After an eventful weekend full of Emory University soccer, the men’s and women’s teams won three of the four games played from Sept. 17 to 19. The men’s team lost their first game but won their second while the women’s team swept with scores of 1-0 and 13-0, respectively.

The men’s team opened the weekend at home on Sept. 17 and suffered a double overtime 1-0 loss against Calvin University (Mich.). Despite two shots on goal by both junior forward Zach Kornblum and senior forward Nate Sampson, the Eagles were unable to put the ball in the back of the net. Senior goalkeeper Jack Hudson recorded five saves but was unable to stop a one-timed loose ball from the middle of the box by Calvin’s junior defender Sam Twigg.

The match against the University of Lynchburg (Va.) Hornets the next night, however, was a different story. The men’s team managed to bounce back from their loss and capture a win on Sept. 18 at home. Up until the last 15 seconds, the game had been scoreless. However, with 14.5 seconds remaining in regulation, senior defender Josh Berman put in a goal to secure the Eagles’ victory. With Berman’s goal — his first of the season — and the subsequent win, the Eagles improved to a 2-1-2 record on the season. Assisting on the goal was fellow senior forward Ethan Cohen, who tallied his first point of the season in the critical waning seconds of the match.

Berman was cool and collected following his game-winning goal, quickly shifting the praise from himself to his teammate Cohen.

“I told him ‘That was all you’ after the game,” Berman said. “It was a perfect pass, he snuck it through the defenders with perfect timing, perfect weight –– all I had to do was put my foot there. He served it up on a silver platter.”

The Eagles outshot the Hornets 20-11, and each team had seven shots on goal, separated only in the final seconds of play. The Eagles’ defense outlasted the Hornets in the end, with Hudson saving all seven shots he faced. Hudson’s clean sheet was his second of the season, his first coming in the Eagles’ first match of the season against Covenant College (Ga.) on Sept. 1.

Head Coach Corey Greiner emphasized a message of mental toughness to his team heading into their match against Lynchburg, especially coming off a heartbreaking double overtime loss to Calvin less than 24 hours earlier.

“This game was a great indication of our team’s mental toughness and growth,” Greiner said. “Lynchburg is a great team with excellent coaching. In the second half we made some adjustments and were able to dictate more of the play, with more chances in the final third. When that goal went in at the end, it was really a feeling of relief more than anything.”

The Eagles hope to build on their victory when they face Roanoke College (Va.) and Christopher Newport University (Va.) on Sept. 25 and Sept. 26, respectively, at the OrthoCarolina Sportsplex in Charlotte, North Carolina.

Junior defender Cole Hendricks clears the ball out of the backfield during Emory’s men’s
soccer game on Sept. 17 against Calvin University (Mich.).

Women’s soccer remains lossless, ties program record for most goals in one game

The Eagles played their first of two weekend games on Sept. 18 against Washington and Lee University (Va.). After some back-and-forth, junior defender Peyton Robertson scored early in the second half with a header off a corner kick from junior forward Kylie Hall to put the Eagles ahead 1-0. The goal proved to be the only score of the match, as the Eagles would hold their lead for the rest of the half to complete the shutout victory.

Their second game of the weekend was on Sept. 19 against Birmingham-Southern College (Ala.), and it proved to be more action-packed. The Eagles put on a masterful performance, finishing with a 13-0 victory. The team took 27 shots, 19 of them on goal, with 13 resulting in goals. The Eagles tallied 37 points in the match, the third-highest total in school history. Emory’s defense was also stifling from the first whistle until the last, allowing two total shots with only one on goal. With the win, the women’s team advances to an undefeated record of 6-0-1, and continues a five game shutout streak behind junior goalie Emma Miller and sophomore goalie Maddy Schulte.

Senior forward Molly Miller opened up the scoring 1:46 minutes into the match, shortly followed by sophomore midfielder Mia Han who scored three minutes later to double the Eagles’ lead before scoring again at 10:08 minutes to net her second goal of the match.

Hall followed suit shortly thereafter, netting two consecutive goals to extend the lead to five. Before the first half whistle blew, the Eagles recorded 10 goals while only allowing one shot on goal. Freshman forward Natalie Price scored her first two collegiate goals and added one assist in the second half to bring the team’s goal total to 13, tying the school record for most goals in a game.

“The first seven shots on goal in the game resulted in goals –– I don’t know if that’s ever happened in any game I’ve coached before,” Patberg said. “I was proud because they were beautiful goals –– a lot of them came off of crosses, one was a diving header, one was a half-volley and a few were upper-corner shots from just inside the 18. It was completely a team effort.”

The early lead built by the Eagles allowed Patberg to rely on her bench quicker than expected. Between playing the previous day and traveling to Birmingham, Alabama, the opportunity to rest the team’s starters and give the bench players a chance presented itself at the perfect time.

“A lot of players deserve more playing time, so it was great to allow them the time they deserved and to [give them] experience in an actual college game,” Patberg said.

The Eagles look to ride the momentum of their dominant performance and continue their undefeated season against Maryville College (Tenn.) at home on Sept. 22.

Editor’s Note: Mia Han is a staff writer for the Wheel. 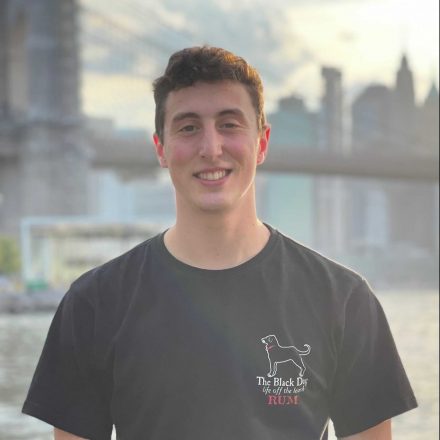