The women’s basketball team began preparing for its 2012 season a little differently than it has in the past. This year, the Eagles spent 10 days traveling through Italy, kickstarting practices with an additional bit of culture and giving them a chance to focus on history, food and, of course, basketball.

“It was very different and very exciting,” sophomore forward Gabi Whitmer said. “We got a cultural experience from it, and we also learned a lot about ourselves basketball-wise, so it was really good coming from both aspects.”

While many of the players have had the chance to study abroad, or travel prior to this, they have never had the opportunity to do so as a team.

Thomaskutty told those senior players that it was possible, but all members had to be on board, and they would have to fundraise the money.

“For me, it was we can do it, but everybody has to be in. It has to be team thing,” Thomaskutty said.

After many fundraising events, including a golf tournament and working at various Emory varsity games, the players had raised the amount they needed to make their dream trip a possibility.

“We had a team goal, and we said we are all going to make this goal,” Whitmer said of the team’s fundraising efforts. “It was stressful getting everything together, but it was worth it.”

And so, after a year of preparations, their hard work paid off as they gathered at the Atlanta airport on the morning of Aug. 13 to fly out to Rome and begin their Italian adventure.

During the 10 days, they traveled throughout the country and soaked in all that Italy had to offer.

“What we did as far as touring was really remarkable,” Thomaskutty said. “I mean that was pretty intense, and I was really proud of my girls that they just kept trucking on, and I think they really enjoyed it.”

As far as cultural experiences go, the members of the team had plenty of those along with their sightseeing.

From traditional three course meals, Venice canal boat rides, guided tours in the historic cities and, of course, lots and lots of gelato, the team learned and enjoyed all aspects of Italian life and culture.

In addition to their time spent traveling through the various cities, visiting Italian landmarks and sampling delicious food, there was also some time in the team’s jam-packed itinerary dedicated to basketball.

Prior to the trip, Thomaskutty held a few practices and scrimmages to get the team ready for play in Italy.

However, with players just returning from summer break and several members of the team treating injuries, these were much shorter and less intense than the usual ones during the season.

While in Italy, the Eagles held a few training sessions there as well.

The players noticed right away how these differed greatly from those at the Woodruff P.E. Center.

As Whitmer notes in her blog on Emoryathletics.com, the gyms had mosquitoes inside, requiring the girls to apply bug spray before practice. The courts also did not have any air conditioning, making it a much less favorable practice facility.

“We take so much for granted here, and I think that was the first time some of my players were like wow we are so privileged with everything we have in this country,” Thomaskutty said.

In Italy, the Eagles played two games against local teams. They were scheduled to play a third game, but the team dropped out.

Emory played in its first game in Empoli.

There, the Eagles dominated throughout the entirety of the game, finishing with a solid 71-26 victory.

In the Eagles’ second game, which took place near Lake Como, the team had another strong showing with a 90-33 outcome.

“I was really proud in our second game … I thought once we settled down and started playing our game it wasn’t about the opponent, it was about our goals,” Thomaskutty said. “It was 54-17 at the half, and we didn’t want them to score as many points in the second half, and I thought our defense really picked it up.”

Overall, the trip was a tremendous success on multiple levels.

It gave an already close-knit team a chance to become even closer while touring the historical sites of Italy and honing their basketball skills.

“It was multi-tiered in that I wanted our kids to play, I wanted them to learn, I wanted them to have a good time and continue to build their relationships,” Thomaskutty said. “I thought we got all of those accomplished.” 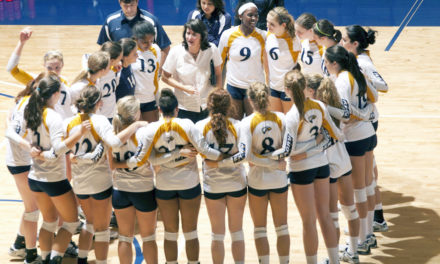 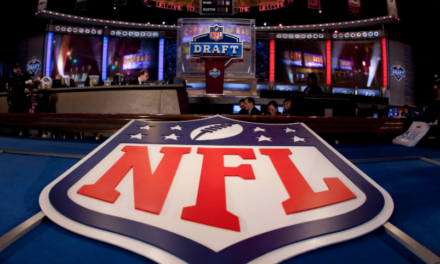 Who Will Headline the NFL 2018 Draft? Oh Knows 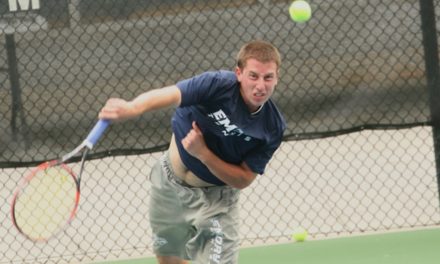