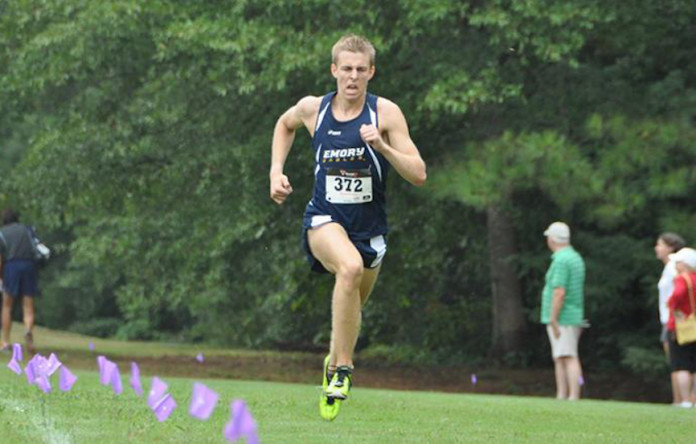 Men’s and women’s cross country have experienced extraordinary success in recent years, including multiple consecutive trips to nationals and many other great feats. But this year, the program tries to continue its tradition of success while aiming to improve further and battle new challenges.

Leading the way on the men’s side, last year’s senior Luka Mees was named the Most Outstanding Performer after being selected as the University Athletic Association’s Runner of the Week three times, a member of First Team All-UAA (the first Eagle to receive the honor since 2009), USTFCCCA’s South/Southeast Region Athlete of the Year and finishing in first place at the Regional Championships — a feat not accomplished by an Eagle since 2003.

“Luka Mees is our best runner,” sophomore runner Bennett Shaw said.Lucky for us, he actually has another year of eligibility. But I don’t think other teams know that, so hopefully that surprises them.”

Leading the women as a senior last year, Elise Viox was named the Most Outstanding Performer after she was  the Eagles’ top runner in all eight of the season’s competitions, and like Mees, being selected as the University Athletic Association’s Runner of the Week three times and as the South/Southeast Region Athlete of the Year by the USTFCCCA.

The departure of Viox and other seniors for both the men and women leaves an uncertain idea of who will lead the team in some areas as they go through the immense preparation necessary throughout the cross country season.

Luckily, like every year, athletes already on the team get better with more experience, and new freshmen, too, enter the program to add to the team’s pool of talent. And the rising seniors and juniors of this year cannot be underestimated.

Last year, Senior Michael Sisario was recognized with the Most Improved Runner Award. This season, he will look to improve even more and continue to play a crucial role in big competitions as he did, for example, at Charlotte Invitational when his 13th place finish among all individual runners helped boost the program to second place at the end of the meet. Sisario was also the second highest scorer at both the University Athletic Association and NCAA Division III Championships.

In helping to inspire and direct the rest of the team both on and off the race course, senior Michael McBane has the potential to be a great leader. His hard work and dedication has been on strong display — he  was recognized with the Coaches Award last year. McBane bounced back after tough injuries his sophomore year to become ranked as the program’s third best runner on four occasions, including at the NCAA D-III Championships.

Similarly, junior Gabrielle Stravach received the Coaches’ Award after coming back from challenging injuries during her rookie campaign, becoming Emory’s No. 2 ranked runner in three competitions including the Furman Classic, where she helped the team take  first place  thanks to her eighth place finish.

There are also younger runners trying to become much larger contributors now that they have found their places on the team. Take Shaw for example, who was named Most Outstanding Newcomer last year. He has been hard at work during the offseason, aiming to become  faster and stronger to help drive the team to greater victories.

“There’s a saying in cross country that June, July, and August are the most important months.” Shaw explained. “That’s when you build your base.”
With further improvement from these performers and others, along with the excellent leadership of the program’s coaching staff, the Eagles can and hope to achieve continued success including another trip to nationals. Their journey begins at the Waterbowl Run hosted by Berry College (Ga.) on Thursday September 1 at 7:30 pm.