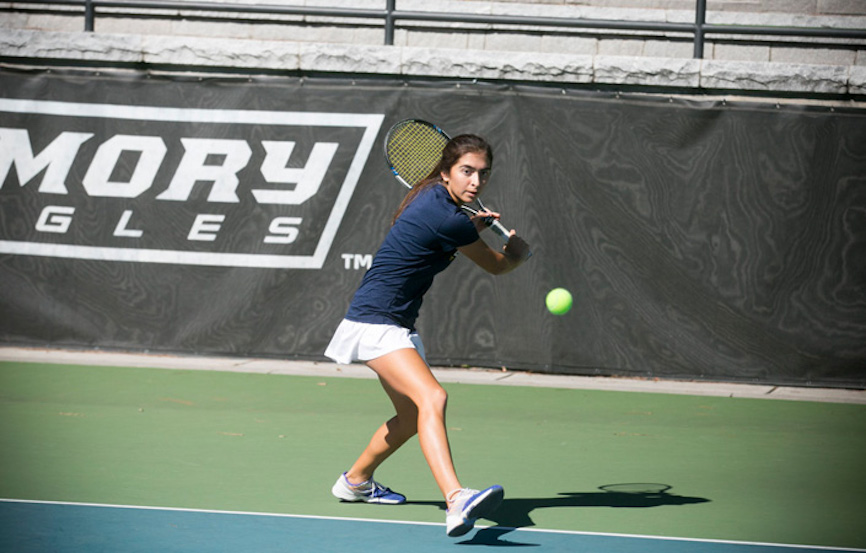 The no. two ranked Emory women’s tennis team cruised to a pair of victories this past weekend during their “Aces for a Cure” tournament. The team defeated Berry College (Ga.) 9-0, and the No. 7 ranked team from Brenau University (Ga.) 8-1.

The team started the weekend off by sweeping an overmatched Berry College team 9-0. On the singles side of things, the team lost only eight games over the six total matches. Freshman Daniella Kaste-Moreno was perhaps the most impressive, as she shut out her opponent 6-0, 6-0. All three doubles pairings won by scores of 8-2.

The team then took on the No. 7 ranked Brenau team. The Eagles dominated, winning by a score of 8-1. On the singles side, sophomore Bridget Harding, junior Michelle Satterfield, freshman Taylor Cosme and freshman Daniela Lopez all took care of business and defeated their opponents. Brenau forfeited the two other singles spots. On the doubles side, Harding and sophomore Anna Fuhr defeated a pairing from Brenau, which forfeited another point as they failed to field a third doubles team. In what turned out to be the only loss for the Eagles this weekend, Satterfield and junior Paula Castro dropped their match to Brenau.

The women’s team will retake the court this Wednesday, Feb. 24 against Columbus State University (Ga.).