It’s midnight in June in the hot countryside of southern Georgia on an uneven, isolated, gnat-filled field. Since sundown, 90 students and faculty have been here with a set-up of tents, vans and tables, as migrant farm workers enter their make-shift clinic.

For two weeks every year, this team provides health care services to 800 to 1,000 migrant farm workers as part of the Farmworker Family Health Program.

And standing as overseer of this 20-year-old project is one woman in Emory scrubs, rain boots and a fanny pack: clinical professor at the Nell Hodgson School of Nursing Judith Wold.

This two-week interdisciplinary, immersion experience, she said, is what led to her recent award – the 2012 Georgia Professor of the Year Award by the Carnegie Foundation for the Advancement of Teaching and the Council for Advancement and Support of Education (CASE).

On Nov. 15, along with 30 other professors from different states, Wold received her award in Washington D.C. For her nomination, Dean of the Nursing School Linda McCauley, students, faculty and Wold herself sent in letters of recommendation. The award “is the only national program to recognize excellence in undergraduate education,” according to the website.

Wold has more than 30 years of teaching, the title of former Director (Dean) of the School of Nursing at Georgia State University (GSU) and former distinguished scholar in residence in the Lillian Carter Center for Global Health & Social Responsibility. She holds B.S. and Ph.D. degrees from Georgia State University and a Masters in Family and Community Health Nursing from Emory.

Under her leadership, undergraduate and graduate students and faculty journeyed to Cuba with Medical Education in Cooperation with Cuba (MEDICC) to study its health-care delivery system. She also worked in the country of Georgia for many years with the American International Health Alliance helping to improve nursing education and was principal investigator on a Human Resources for Health PEPFAR grant in Zimbabwe.

Now, after arriving at Emory as a clinical professor in 2009, she is the interim associate dean for educational innovation at the NHWSN, teaches undergraduate nursing students about public health nursing, serves on the Human Rights Committee in the American Public Health Association and directs the Farmworker Family Health Program.

And that program is what Wold can talk about for hours. She brought the project to Emory when she was a visiting scholar of the school while she was still working at GSU. The recent award, she said, was built around this program.

This endeavor has cared for 13,000 migrant workers – many of which, Wold said, would not have any other form of health care.

“My passion is public health, basically, and keeping people healthy because we really can’t afford to have all these sick people. We need to keep people healthy … The [U.S.] is such a wealthy country. We really shouldn’t have as many vulnerable populations as we do.”

Before the team relocates to a Hampton Inn in Moultrie – a rural, southern Georgian county – Wold teaches a compressed, three-week community health course to the undergraduate students who are accepted after an application process.

Then, for the next two weeks, the group’s days start at 8 a.m. with health care and education in schools of migrant workers’ children. For lunch, the group receives food from nearby churches and by evening, they caravan their way to different farms in nearby counties to set up their clinic. Many nights, they stay on the job past midnight.

According to Wold, many students return from the experience and describe it as “life-changing” because they didn’t know the conditions of these working environments before this exposure.

The workers work isolated from urban areas for long hours in excruciating heat for very little money. They suffer an “inordinate burden of disease” and have very little access to care, Wold said.

“One of the [students] said, ‘I hoped to come away with a little experience, but I came away with the world,'” Wold said. “I think that kind of sums it up. It’s a wonderful program.”

According to Wold, the work is exhausting for the volunteers but Assistant Professor at the School of Nursing Ann Connor said that the work that Wold does behind-the-scenes is worth much praise as well.

As “second-in-charge” of the project, Connor sees Wold working diligently – from communicating with partners and fundraising to organizing the “goodie bags” for the workers and ordering the drugs for the clinic’s pharmacy. Connor said Wold’s “can-do spirit” is what gets her through all the meticulous details of running the project.

Wold credits her persistence and focus for her hard work but, more than that, her ambitious drive stems from the vulnerable people she is helping, people who don’t have a voice in our world.

“Knowing that it is helping a population that is so very poor and [that] provides food for our table keeps me going,” Wold said. “That’s all the motivation you need.”

Laura Layne, Director of Health Services at the Good Samaritan Health Center, was one of Wold’s undergraduate nursing students and plans the program with Wold every year.

She said the people around Wold call her “jefa,” meaning boss-lady in Spanish.

“[Wold] may never know how she positively influences so many people,” Layne wrote in an email. “[The migrant farm workers] are simply grateful for the presence of professionals who care for them.”

Despite Wold’s age she has never stopped working – and working with a “soul connection,” Connor said.

“She could have stopped a long time,” Connor said. “But her heart and soul is in it. It is great for me to see her as someone who is older than I am and still so invested in caring for people … Like a dog with a bone, you know, she will not let go off this farmworker thing.”

Connor said she has often seen Wold brought to tears as she tells the stories of the migrant workers she has met.

“Sometimes, I think, when you have done something for a long time, you build up some callousness,” Connor said. “But it’s not unusual for her to really be emotionally touched by the lives of the folks.”

McCauley said she saw how Wold was “very much the fabric of the school” when she came to Emory three years ago. For McCauley, she was happy to find a colleague focused on a topic that was close to her heart as well. The most amazing aspect of Wold’s leadership, she said, is the motivation that Wold spreads to her students.

“The students wanting to go down in that horrible, hot environment and work for two weeks is phenomenal,” McCauley said. “When you can transform students like that, that’s a gift. That’s why she deserved the award.” 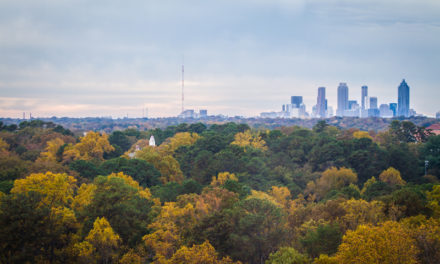 Jazzman’s to Be Replaced With Peet’s Coffee & Tea