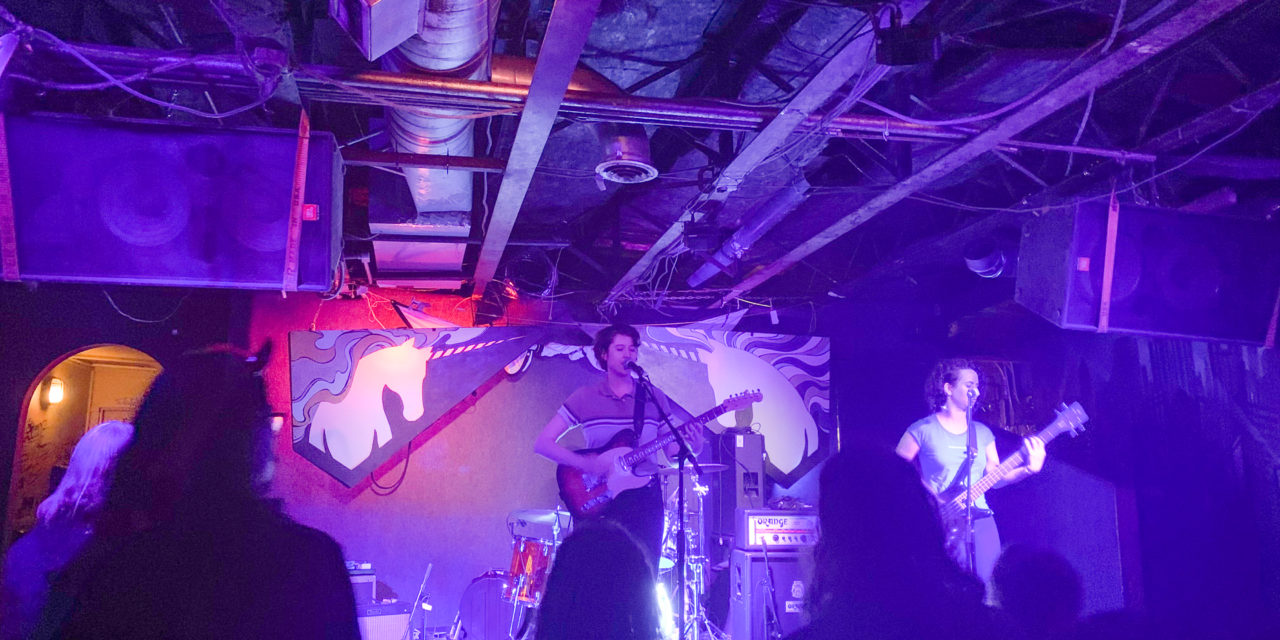 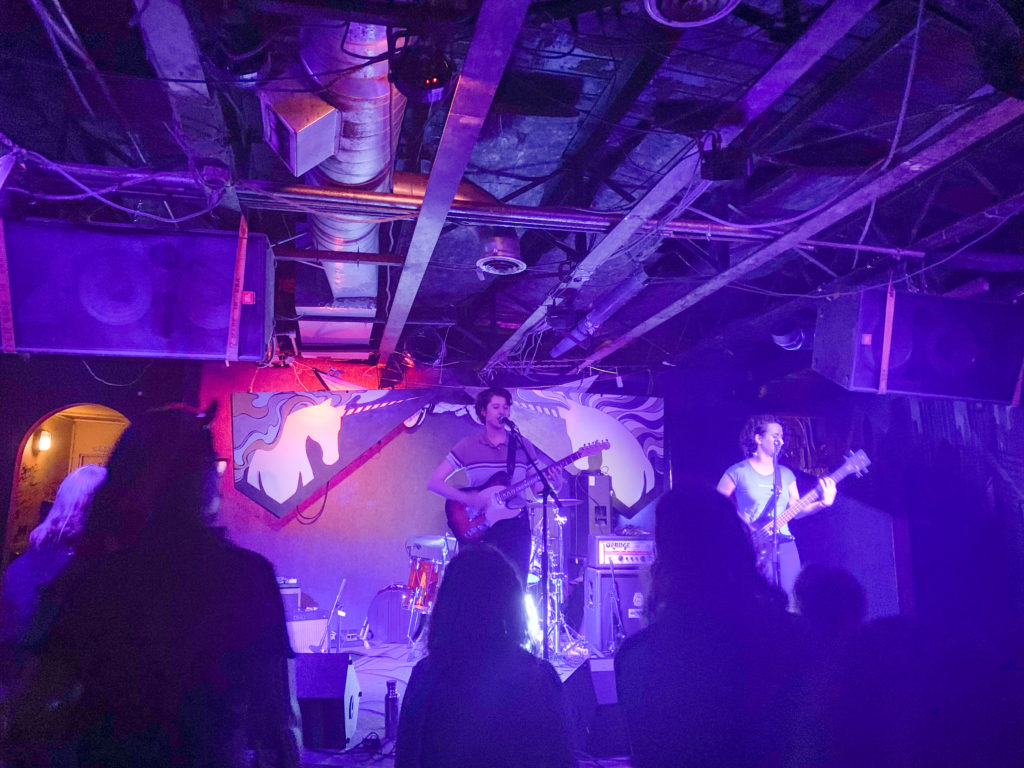 On Oct. 25, WMRE’s Localsfest proved once again that Atlanta is bursting with fresh and diverse musical talent. Hosted at The Drunken Unicorn, Localsfest featured local artists and bands such as worlds greatest dad, Gabbie Rotts and Challenger Deep. The concert, hosted annually by WMRE, was a celebration of DIY alternative rock and pop punk, an opportunity for the Emory community to discover the new faces of Atlanta’s music scene.

The subterranean bar and stage was an appropriate venue for the event, providing an intimate space for sharing homegrown music. It didn’t feel too far off from a concert you might catch in your friend’s garage, save for the professional lighting. The space might not have been packed, but a small gathering of young people crowded near the stage throughout the night. Instead of the usual concertgoer routine of watching through a phone screen, audience members were deeply immersed in the show, dancing and cheering along to the acts.

First to take the stage was worlds greatest dad, a four-piece indie-rock band. Fresh off a national tour, the band brought high energy and charisma to kick off the night. They exuded confidence onstage and seemed comfortable with themselves, the audience and their music. There was obvious chemistry between the band members, and they danced around onstage as much as the audience were in front of them.

Highlights from their set included their breakout single, “Laughing (While You’re Smiling),” which has racked up over 100,000 streams on Spotify. The song is raw and deeply emotive, featuring powerful guitar riffs and honest lyrics (“Maybe if I tell myself I’m doing fine/ You would stick around and wouldn’t mind me feeling so low”).

“Better off Dead,” a cut from their 2018 album “Get Well Soon,” was a standout from the set. Veering closer toward emo-rock, the song is a powerful confessional with lyrics like, “Oh, how do I make myself proud when I’ve been messing up everything.” In their performance of the track, the band exploded into thumping guitars and pleading vocals, pulling the audience into a cathartic musical release.

Riding off the energy of worlds greatest dad, Gabbie Rotts brought the same level of vulnerability and emotion to the stage. The three-member all-female pop-punk band performed a wide array of music from their debut 2018 album, “Pink Drink Season,” and their recent album release, “Mystical Harmony.” Propelled by fuzzy guitars and punchy drums and accented with authentic lyricism, the band felt like a true embodiment of the homemade, DIY-Atlanta music scene.

In between songs, the band chatted comfortably with the audience, sharing stories of bad exes and funny quips about college radio stations. The songs they performed were often brief — few of them hit the three-minute mark — but they were packed with emotion. Their lyrics are straightforward and genuine, touching on themes ranging from heartache to mindless scrolling on Instagram.

“They were quirky and funny and there to purely enjoy themselves,” Amellio said. “Also, their songs were beyond relatable. As a 20-year-old college gal, I could really relate to their stories of failed relationships and frustrations with boys.”

“I Just Want to Be Alone,” a song from “Mystical Harmony,” was by far their best performance of the night. With its repetitive chorus and propulsive instrumentals, the song is perfect for singing along and thinking about a bad ex. The band’s penchant for frank storytelling was reminiscent of the Indigo Girls, another Atlanta-based female rock group, who are also Emory alumni. The aforementioned singer-songwriter duo typified female folk rock in the ’90s, and Gabbie Rotts carries a similar female angst updated for a millennial crowd.

Challenger Deep, an instrumental rock boy band, closed out the night. Following two lyrically strong acts, the band burst into their set with explosive instrumentation. Together, the four-piece group was raucous, playing crashing drums and rapid guitars with simultaneous intensity. Though sometimes frenetic, band members had ample command of their instruments, gathering momentum together and maintaining clear melody throughout their set.

More than the groups before them, Challenger Deep was exploratory and instrumental with their sound. They sometimes shifted toward sleek atmospheric rock or pop punk, testing the bounds of instrumental rock. “Immersive,” their most famous track from their 2019 debut self-titled album, shows the band at their best. The song begins with restraint before erupting into an energetic climax, and it elicited plenty of headbanging (and some brave moshing!) from the enraptured audience.

Throughout the night, Localsfest was an opportunity to open up the Emory community to new, Atlanta-based artists.

Also on Friday night, just a few miles away on Emory’s McDonough Field, the increasingly popular Atlanta-born duo EarthGang performed a stellar performance. The rap group is a testament to the abundance of musical talent burgeoning in the city. But students who chose to attend Localsfest over the Homecoming concert were also able to enjoy the local music scene. Though the bands showcased at Localsfest might not yet have achieved the same status as EarthGang, they still brought their all to the stage, making the night a celebration of the city and its rich and wide-ranging musical gifts.