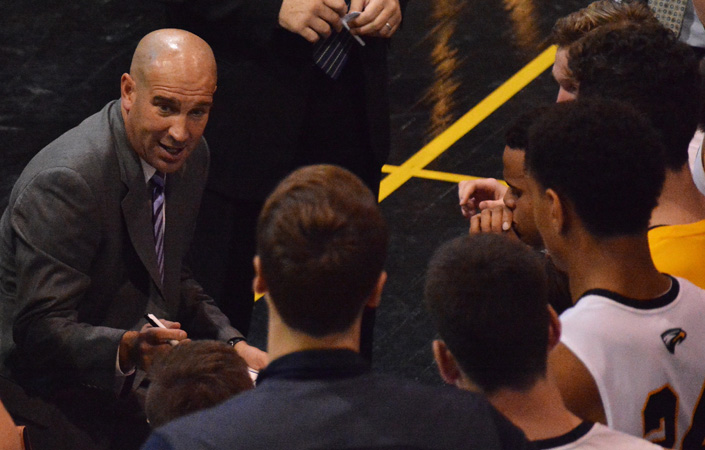 Closing out play before the semester break on a four game win streak, the men’s basketball program picked up right up where it left off after a respite from the classroom and the court. The Eagles returned to the floor late December, winning three consecutive home games in impressive fashion. Playing at home against Berry College (Ga.) Dec. 29, the Eagles collected a 91-80 victory. Building off of the Berry win, the Eagles handily dispatched both Hampden-Sydney College (Va.) by a score of 87-62 and local rival Oglethorpe University (Ga.), 93-68. But in their first UAA game, Emory stumbled in one of the program’s biggest losses in recent history, a 54-84 beating at the hands of Rochester University (N.Y.) Jan 7.

With the season picking up steam, the engine suddenly ground to a halt with a break from competition. Performance was finally matching preseason expectations after a rocky 2-2 start through Emory’s first four games. And while the break can be a period of recovery, it also halts momentum on the court.

“It’s great because … we don’t have the grind of class, homework or school. We can treat basketball as our one focus,” senior forward Jim Gordon said. “Coming back from that ten day break, we might have been a little rusty, but I think with those three games we gained a lot of confidence.”

The first of those three games came against Berry College. Despite a slow start, the Eagles ultimately cruised to the 91-80 victory.

“There is a lot of evaluation and growth that goes on during those days [before the first game of the break],” Head Coach Jason Zimmerman said. “That first game it took us some time to get into rhythm and then we played really well in the next two games. Usually, if the team can grow during that time it can lead to a really good year.”

Shedding some more rust after Berry, the Eagles took care of business against both Hampden-Sydney College and Oglethorpe University, scoring around 90 points in both games while picking up the intensity on the defensive end. Tacking on these three wins, the win streak was now seven games.

“We started to develop an identity a little bit more,” Zimmerman said. “It took us a while to get back into rhythm, but I thought that the two games we played before Rochester, we played as well as we have all year. I thought our offensive flow was good and that our defensive attention to detail was really good going into Rochester.”

Hopes were high following the team’s impressive showing at home, but a difficult opponent lay ahead in the form of the No. 4-ranked Rochester Yellowjackets, the Eagles first opponent in UAA play.

Undefeated on the year, the Yellowjackets were less than kind hosts to the visiting Eagles. Rochester held the Eagles to only 54 points while the duo of senior guards Mack Montague and Sam Borst-Smith went off for a combined 37 points, propelling the Yellowjackets to an early lead that would only grow as the game wore on, resulting in an 84-54 blowout that brought the Eagles to 9-3 on the season, 0-1 in UAA play.

“We did our best to prepare specifically for what Rochester was going to do, but once we got to the game we didn’t execute quite the way that we wanted,” senior forward Adam Gigax said.

For whatever reason, the pieces just did not come together for the Eagles in New York.

“Rochester is a great team, but I think from the moment the ball tipped there was a cap on the rim. It was one of those games where we couldn’t buy a bucket,” Gordon said. “Games like that [are] where we really have to buy in, be connected, and stay tough on defense, and to be honest we didn’t, which leads to a route like that.”

Dealing with the difficult loss against Rochester is foreign territory for this Eagles squad, but hopes remain high as the team prepares for Friday.

“The past two years I’ve been here there really hasn’t been [a loss] quite like that,” Gigax said. “[We learned] that Rochester was a tough team and that we have to stay getting better in practice, and no matter how much we keep working there is always more to be done.”