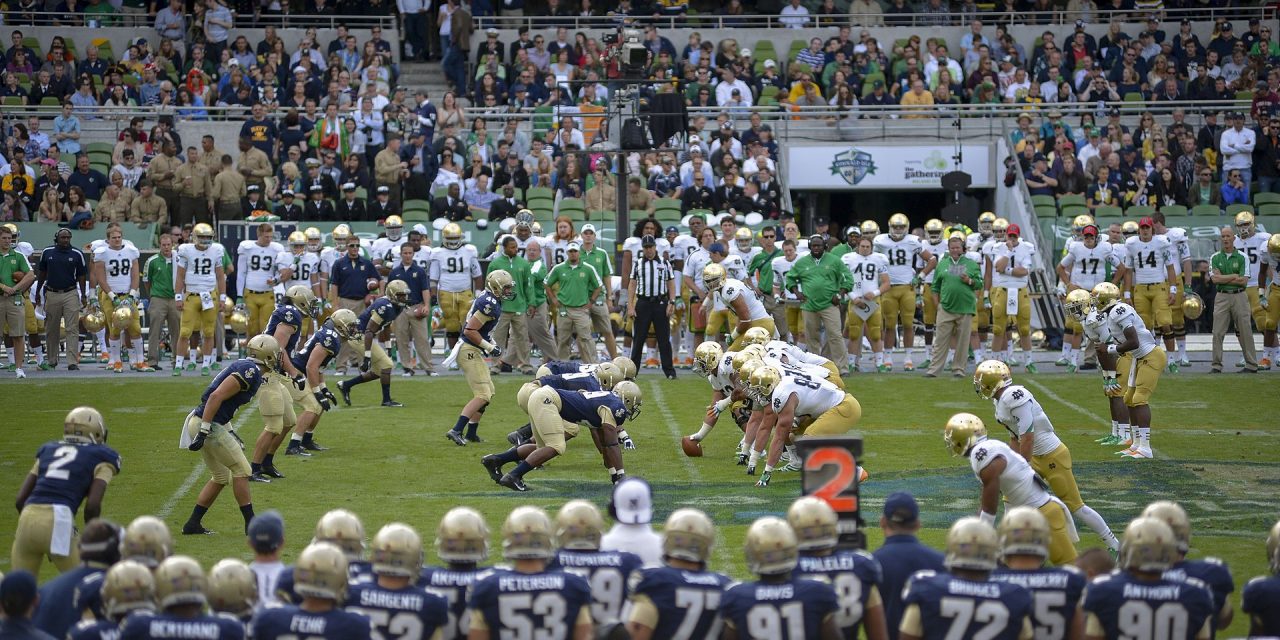 On Feb. 2, EA Sports announced plans to revive its coveted college football video game series. The announcement comes after an eight-year hiatus at a time when the demand for its return was reaching an apex.

“As we look for the momentum that we’re building on in sports, it all starts with the passion of our fans and the opportunities of what they are interested in,” EA Sports Vice President and General Manager Daryl Holt told ESPN. “I don’t think there’s a visit where I go outside wearing a piece of EA Sports-branded apparel that someone doesn’t go, ‘Hey, when is college football coming back?'”

Fan enthusiasm for the video game has been the one constant in an otherwise bumpy road for the franchise. First released in 1993 under the title “Bill Walsh College Football,” the game rebranded four years later to the more recognized “NCAA Football.”’ For years, the game provided players with an immersive experience, allowing them to play as their favorite college team, compete against their rival schools and best of all, beat their friends.

Despite their games’ popularity, EA Sports ran into legal issues in 2013 when former University of California, Los Angeles basketball power forward Ed O’Bannon sued the NCAA for millions of dollars in compensation over their use of player likeness in NCAA Football and their other games, such as NCAA Basketball. O’Bannon sought compensation for the unsolicited use of players’ name, image and likeness (NIL) in broadcasts and video games.

Although the game did not use players’ names, the players in the video game had the same jersey numbers and biographical information that corresponded to their real-life counterparts. As a result of the lawsuit, the NCAA was forced to pay $46 million of O’Bannon’s legal fees and opted not to renew its licensing agreement with EA Sports. Soon after, EA Sports also lost permission to use logos and names from both the Southeastern Conference and the Big Ten, two of the biggest conferences in college football, extinguishing any chance the game had of returning the following year.

But the combination of the NCAA opening the door to allowing players to use their NIL to receive compensation, the surge in demand for video games as a result of the pandemic and the excitement surrounding the release of Microsoft’s Xbox Series X and Sony’s Playstation 5 has created a renewed demand for the game’s return.

EA Sports has already teamed up with Collegiate Licensing Company (CLC), a prominent collegiate trademark licensing and marketing company, to gain permission from more than 100 colleges to use their stadiums, uniforms and logos in the game. However, without legislation allowing players to be compensated from their NIL, the reboot version will not be using players’ names. Instead, fans can expect the game to be built around generic players playing in the stadiums and wearing the uniforms and logos from the schools in the CLC agreement.

The expectation that the game will treat college players in a similar way as its previous versions has sparked some familiar controversy. After EA Sports made its announcement, Sen. Chris Murphy (D-Conn.), a member of the U.S. Senate Committee on Health, Education, Labor and Pensions, expressed his frustrations in a statement on Feb. 2.

“EA Sports’ college football series reboot is just further proof that the NCAA’s priority is keeping their profits coming while keeping any and all revenue away from their athletes,” Murphy said. “Cutting athletes out of this reboot so they aren’t responsible for paying them for their likeness is a grave injustice, and I’ll be introducing legislation soon to help players finally profit off their talent so they don’t need to face continued mistreatment like this.”

Such legislation, whether from Murphy or the NCAA, will carry ramifications not only for players who may finally get paid but also for educational institutions.

If player compensation becomes a reality, schools that appear in the video game will immediately become more attractive to potential recruits because of the added financial incentive. For example, if a recruit is deciding between two similar schools, but one is in the video game and can procure greater NIL payment, why would the recruit pick the other school? This could result in recruits all flooding to the same schools — extending the gap between top schools and everyone else.

On the flip side, there’s also a possibility that the current divisions become even more dispersed. If EA Sports chooses to only include more well-known schools — such as high-majors and select mid-majors — an even greater percentage of talent will go to top-tier schools, thus diminishing parity even further.

On top of school-by-school talent disparities, college football could also see a state-by-state differential, especially if there’s no national framework for player compensation. Already, individual states, such as California and Florida, have held advanced discussions about permitting players to earn compensation from their NIL. This could give schools in these states an unequal recruiting advantage over schools in states prohibiting such payment.

The college football video game is returning, and fans are ecstatic. But behind all of the excitement lies the question of which schools will be in the game, the uncertainty of player compensation and the very real possibility of a significant shift in the college football landscape.