The Emory Wheel won a Mark of Excellence from the Society of Professional Journalists (SPJ) and six awards from the Georgia Press Association.

Editor-in-Chief Julia Munslow (18C) received a SPJ Mark of Excellence in the category “Breaking News Photography (Small)” in Region 3. Munslow’s photo, depicting students chanting during a protest outside the Administration Building in the wake of pro-Trump slogans chalked across Emory’s Atlanta campus March 2016, ran alongside the story “Emory Students Express Discontent With Administrative Response to Trump Chalkings.” The photo was syndicated by national news organizations, including The New York Times, Newsweek and  Atlanta Magazine. 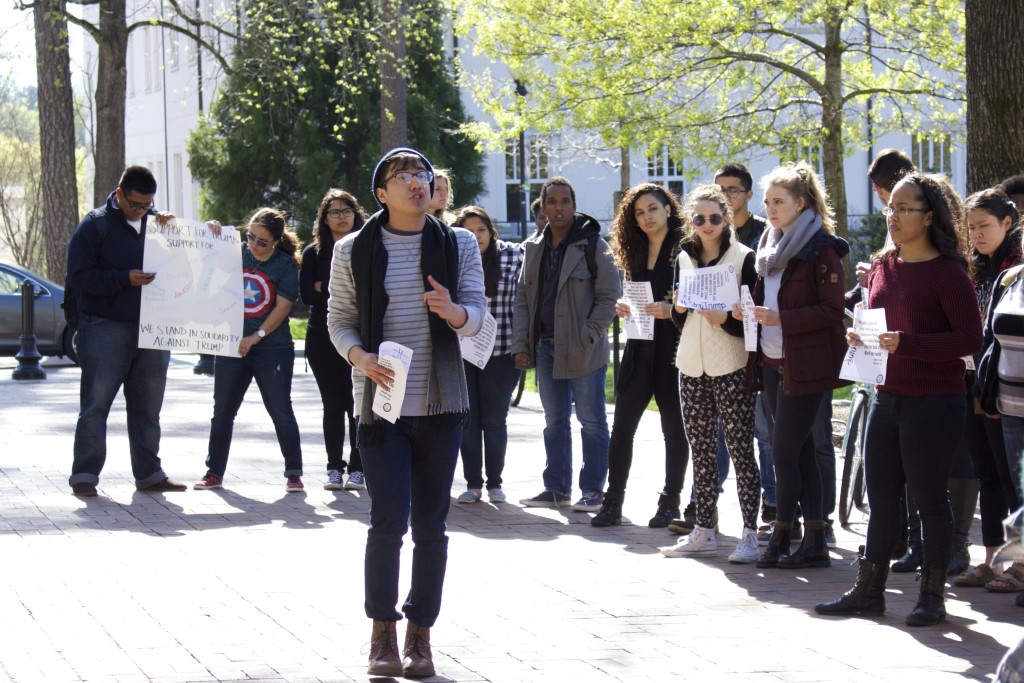 College sophomore Jonathan Peraza leads chants outside the Emory Administration Building during a student protest following pro-Trump slogans that were written in chalk across campus the night before. / Julia Munslow, Executive Editor

Munslow’s photo will go on to compete at the national level against the other 12 regions’ winners. Submissions are judged by “professionals with at least three years of journalism experience,” according to the SPJ. Region 3 includes Alabama, Florida, Georgia and South Carolina.

Columnist Tyler Zelinger (17B) won second place in the “Best Column” category. In his column, Zelinger explored topics including campus dining and U.S. politics. His March 2016 op-ed “Speech, Not Silencing, Will Defeat Donald Trump” discussing the pro-Trump chalkings was syndicated by Time.