The Society of Professional Journalists (SPJ) awarded the Wheel with six region three Mark of Excellence Awards in the “large” university category, which includes all schools with 10,000+ students, on April 28.

“Winning the Region 3 best all around student newspaper award for a second year in a row is a testament to our staff’s continued dedication to covering all facets of life on the Emory campus,” former Editor-in-Chief Isaiah Poritz (22C) said. “It’s an achievement that every person who has contributed to the Wheel should feel proud of.”

In the “In-Depth Reporting (Large)” category, Managing Editor Gabriella Lewis (23C) and Executive Editor Matthew Chupack (24C) were awarded first place for their April 2021 article “Emory’s Compost is Going to a Landfill, Here’s Why.” The article examined the impacts of the pandemic on Emory University’s composting initiatives, revealing that all compostable waste had been sent to landfills since September 2020.

Lewis emphasized that the story was “one that matters” for the Emory community and was “not amplified by the people of power” within the University.

“I thought the fact that Emory had stopped composting was a story that really needed to be told,” Lewis said. “I think it goes to show why journalism matters because it’s exposing things that are not always the nicest but that people need to hear.”

Chupack emphasized the role that the article had on improving his journalistic abilities.

“Writing the composting article as a first-year was such an exciting experience because it was my first introduction to investigative reporting and allowed me to develop new journalistic skills,” Chupack said.

“I’m honored that I’ve been able to work on the Editorial Board over the past year,” Diversity, Equity and Inclusion Editor Rachel Broun (23C) said. “My first year on the board was online, and it’s been amazing to see that the work we did so far apart from one another led us to this place.”

The Wheel also won first place in the “General Column Writing” category for 1963, a February 2021 investigative project led by Editor-in-Chief Brammhi Balarajan (23C) and Chair of Editorial Board Ben Thomas (23C) exploring desegregation as an ongoing topic and emphasizing the inequities that remain at Emory and the Wheel.

Balarajan told the Wheel that she is “so, so grateful” for the award, and highlighted its implications.

“This award really reaffirms the importance of journalism focused on race and inequities, and highlights the value of opinion journalism,” Balarajan said.

Broun agreed with Balarajan, calling the series “one of our first steps in remedying the Wheel’s problematic history of perpetually harming minority students.”

Christopher Labaza (22C) won the “Editorial Cartooning” award. He submitted three cartoons to the SPJ for consideration, including “Couples Counseling.”

“I am honored to be recognized for my cartoons and grateful to the Wheel for the opportunity to share them,” Labaza said.

After gaining recognition as a finalist in last year’s SPJ awards, Lewis called the podcast’s win “a dream come true.”

“Our win goes to show that the future of the Wheel is continuing to be more audio and multimedia focused, and I’m really proud to be able to lead the charge on that,” Lewis said.

“As a newbie to podcasting, everyone provided such a huge helping hand to me and the other first-comers,” Nguyen said. “Being able to work with such incredible and hard workers really means a lot when you first dip your toes into something new and I wouldn’t trade this first year for anything.”

Former Executive Editor Anjali Huynh (22C) was named a finalist in “General News Reporting (Large)” for her March 2021 article “‘I’m Exhausted’: Emory Community Addresses Anti-Asian Hate.” The article, which was published shortly after the 2021 Atlanta spa shootings, examined student reactions to the spike in Asian hate crimes, the history of anti-Asian sentiments in the United States and ideas about how to move forward.

Executive Editor Sophia Ling (24C) was also a finalist in the “Food and Restaurant Journalism” category for her opinion column “Sophia’s Smorgasboard,” which examines the political and cultural implications of food-related topics.

The Wheel competed against other universities and colleges in Region 3, which consists of Alabama, Florida, Georgia, South Carolina, Puerto Rico and the U.S. Virgin Islands. First place winners will compete at the national level among winners from all 12 SPJ zones in the late spring. 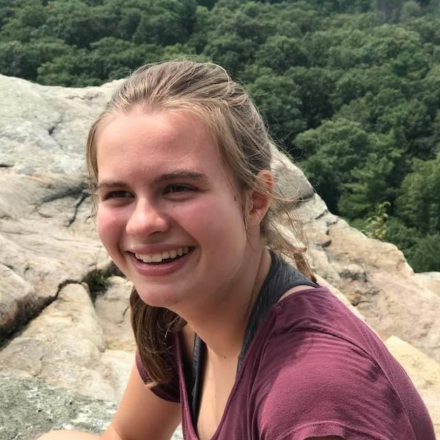