Sophia’s Smorgasbord is a column dedicated to exploring politics and culture through food, written by Opinion Editor Sophia Ling. 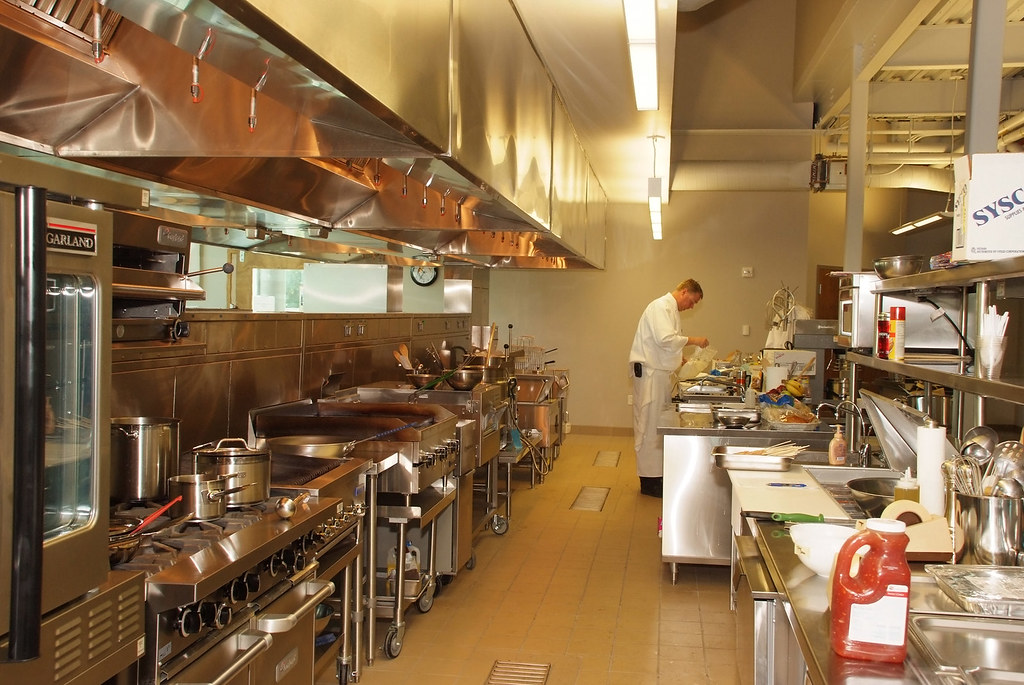 In my previous article about “Gourmet Makes,” a food recreation channel by the food magazine Bon Appétit (BA), I briefly allude to the resignation of BA’s former Editor-in-Chief Adam Rapoport after a 2013 photo of him in brownface, captioned “me and my papi,” abruptly resurfaced.This sparked a reckoning with race at BA last summer, during which then-Assistant Food Editor Sohla El-Waylly became the first to publicly condemn Rapoport and call for his resignation in an all-staff Zoom meeting.

El-Waylly later spoke out on Instagram, saying that BA used her in videos as a display for diversity but unlike her white counterparts her on-camera appearances went unpaid. While the white stars of BA’s videos receive a substantial per-episode fee, El-Waylly’s 15 years of experience earned her just $50,000 per year. She had been hired as an assistant editor to aid “mostly white editors with significantly less experience.” Other members of the BA Test Kitchen corroborated El-Waylly’s statements, criticizing Rapoport and refusing to appear in future videos until Black, Indigenous and people of color (BIPOC) were represented and received fair compensation. As BA’s reputation crumbled, its glossy image was further jeopardized when Twitter users subsequently dug up homophobic, misogynist and racist tweets by former BA Assistant Web Editor Alex Delany from when he was 17 years old.

As they try to foster internal diversity and inclusivity, the magazine and its parent company, Condé Nast, have their work cut out for them. But virulent inequity and racism extend far beyond BA; the discriminatory practices and inequitable work culture that caused 10 of 13 Test Kitchen staff members to quit their jobs is a microcosm of racism in the food industry.

For the most part, the food industry fails to center BIPOC except as tokens of diversity. Though there is a diversity gap in executive positions across industries in the U.S., it is most prominent in foodservice. Half of all hourly employees are racial and ethnic minorities, but BIPOC and women account for just 31% and 28% of all general manager jobs. Just 8% of foodservice executives are minorities.

Given that marginalization of writers and chefs of color, it’s no longer surprising to see why food media covers food-related stories through a Eurocentric, Western lens. Food media companies like BA are at the forefront of food trends, but the predominantly white industry caters to a white audience. “I accepted the brand’s definition of what ‘mainstream’ food trends were,” wrote former BA Editor-at-Large Carla Lalli Music on Twitter.

Music is neither alone nor wrong. In the U.S., global foods are easily popularized by white cooks. These chefs may be “inspired” to learn the repertoire of a different cuisine, bring it back to their restaurant and then be instantly accepted, hailed as an expert and potentially end up extremely successful. Yet BIPOC writers and chefs have no such privilege. They face criticism for incorporating too much of their identity, having to fight for who they are in what they cook. “I see white cooks and chefs making dishes that are rooted in Indian techniques and flavors, calling it something different, and getting a lot of attention,” said BA host and contributor Priya Krishna. On the other hand, BIPOC chefs have to prove they can cook their traditional cuisines, before having the chance to be innovative.

This isn’t to say that white chefs cannot incorporate different flavors into their dishes or that their talents should not be acknowledged, they can and they should. Still, it must be made clear that BIPOC chefs must often forego their identities, while white chefs can smoothly integrate different cultural identities to gain prestige and respect.

An honest conversation about racism in the food industry is long overdue. But as I tried to organize my thoughts to write this article, I wrongly assumed it to be a straightforward issue: the food industry is racist. I admit that my thoughts on this problem and its complexity are contradictory and confusing, and I’m still trying to understand it. That being said, I believe simply identifying the issue is insufficient, just as presuming the existence of an obvious solution is naive. Dismantling structural racism, regardless of the industry, takes commitment, transparency and honesty; there is more to it than boycotting a show or forcing key moguls to resign. While those are important, I suggest that as consumers of food and mass media, we must also take time to reflect on how we may have been responsible for fanning the flames of an exclusionary, white-centric industry. For instance, many cooking videos or recipes that claim to be ethnic draw us in. We become so entranced by the creation of the food that we miss what’s lurking underneath. I can’t speak credibly to a way to avoid this problem besides self-awareness and continuous education. The world BA presented on-screen was more idealistic than the reality underneath. But now that it has been uncovered, I am hopeful that people will speak out about their experiences and incite progress.

I believe it is worth giving space for BA to change. The industry has an opportunity to begin untangling itself from the deeply woven webs of racism and discrimination. It’s been suggested that people should stop watching Bon Appétit videos until they make visible change. But shutting down avenues of improvement is not conducive to solving the problem. Maybe you believe that the steps people are taking now do not warrant celebration because it should have changed ages ago, I agree. However, I think these efforts still merit encouragement to promote a conscious reflection on the next measures we can take to address the inequities of the food industry.