What Are Cannabinoids and What Do They Do?

Are you interested in exploring the uses of CBD products and medical marijuana, yet still feel confused about what cannabinoids are?

With all the new CBD and medical marijuana products being offered for sale, it’s difficult to make sense of what they are and what people use them for. Many people hesitate to use them because they’re not properly informed about what cannabinoids are.

If you want to find out more about CBD products and medicinal marijuana, read on and we’ll explain what are cannabinoids and what people can use them for.

The word cannabinoid refers to any chemical compound that joins with the chemical receptors of the body and the brain. There are many different kinds of chemicals that are able to join with these receptors. Some of them have natural origins, and some of them are created in a lab. They all have similar effects on the body as those that the cannabis plant produces.

THC is the chemical compound that is responsible for creating most of the psychoactive effects when people ingest the cannabis plant. The most popular way to do this is by smoking the plant, but many people also prefer edibles.

The Differences Between THC And CBD

Contrary to what most people think, there are big differences between THC and CBD. Even though they are both cannabinoids, they both affect different receptors in the brain.

When somebody consumes one of these compounds, they find their way to the brain, where they bond with cannabinoid receptors. They do this by mimicking endocannabinoids, which are types of cannabinoids that the body naturally produces.

Even though you can produce CBD from both the hemp and the marijuana plant, it’s more often the case that people extract CBD from the hemp plant. The reason for this is that most people who use CBD don’t want to get high. Since the hemp plant only contains small traces of THC, most people prefer that their CBD comes from this plant.

Cannabinoids And The Endocannabinoid System

Within the human body, cannabinoids work in similar ways that opioids do. They influence the workings of the body and the mind by the way that they interact with certain receptors. Most of these receptors are a part of the central nervous system.

A more simple way to say this is that cannabinoids influence how human cells interact. This includes things such as how they send, receive, and process information.

The Many Types Of Cannabinoids

The most well-known type of cannabinoid is the cannabis plant. Since this plant is so well-known, many people are confused about the relationship between cannabinoids and marijuana.

One common question is “are cannabinoids legal?” Since it’s so common for people to smoke the dried leaves of this plant in a joint or a pipe, many people don’t realize that cannabis is just one of many sources of cannabinoids.

You can also find cannabinoids in the hemp plant, which only contains trace amounts of THC. Though this plant is well-known for its uses for making things like clothing, paper, and rope, it also produces CBD. Companies that sell naturally-produced CBD often extract it from the hemp plant.

It is also possible to produce cannabinoids in the laboratory. Organizations such as the Therapeutic Goods Administration (TGA) approve these products for human use.

Cannabinoids are also present in synthetic types of THC. This includes compounds such as HU-210, which is a synthetic analog of THC that has one hundred times the potency of THC. Many people don’t realize that many of the products on the market, such as THCO acetate, exist in a legal gray area and are riskier to consume than their naturally-produced counterparts.

How People Use Cannabinoids

Most cannabinoids, whether they contain THC or just CBD, are either smoked, vaporized, or eaten. You can find cannabinoids in a wide range of products. Some of the more popular products include sprays, candies, gummies, oils, and chocolates. In recent years, skincare products such as lotions have also become popular.

The Effects Of Cannabinoids On The Body and Mind

Regardless of what types of cannabinoids somebody consumes, it’s important that people use them with alcohol or drugs. It’s also not to use them in situations where you need to use your judgment or motor coordination. This is why you should not drive your car when you choose to ingest cannabinoids.

Cannabinoids Have Many Important Uses

Regardless of whether they are natural or synthetic in origin, cannabinoids influence how the human body works. There are many therapeutic benefits to using them. Now that you are no longer wondering what are cannabinoids, it will be easier for you to decide whether you should consume them.

If you want to find out more about cannabinoids, don’t forget to check out The Cannabis Journal section of our website. Here you’ll find many informative articles on this topic. 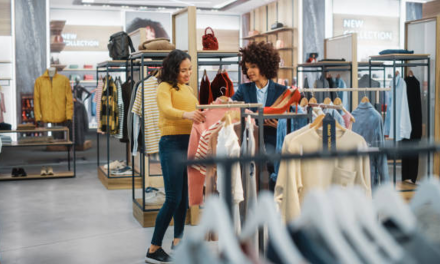 What Does It Take To Attain Good Retail Sales Performance?

Where to Play Baccarat Games With Crypto?