As construction finishes on the Emory Student Center (ESC) and the blue fences retreat, renovations promise a wealth of innovative new spaces across campus.

The Wheel spoke with Vice President of Campus Services Matthew Early about some of the building features that the University is looking to include in its new buildings.

Campus Services looks to peer institutions when designing these features and deciding which to implement, according to Early.

“As these features start to trend, we will add them to renovation projects and gauge response, and, over time, these types of features start to become standard, such as touchdown spaces,” Early wrote in an April 9 email to the Wheel.

Touchdown workspaces provide a space for staff or faculty members who may not be near their office but need access to a physical workspace. Employees can bring their laptops and other devices to these spaces and charge them while doing work. They can also sit and rest while away from their office.

Though a few buildings on campus, such as Convocation Hall, already have touchdown workstations, they will become more common in new buildings, according to Early.

Haylee Fisher, guest services coordinator for the Office of University Events, noted that the touchdown workstations in Convocation Hall already see a fair amount of use by people whose offices are located in other areas of campus.

Wellness rooms are designed to offer employees private spaces. They cater to anyone working in a particular building and lock from the inside, according to Early.

“There may be a number of reasons why you would want to go sit down in a wellness room,” Early said. “Maybe just to reset your day and recharge your batteries.”

Use of wellness rooms is dictated by each building’s administration, and some may require that users schedule a time beforehand. 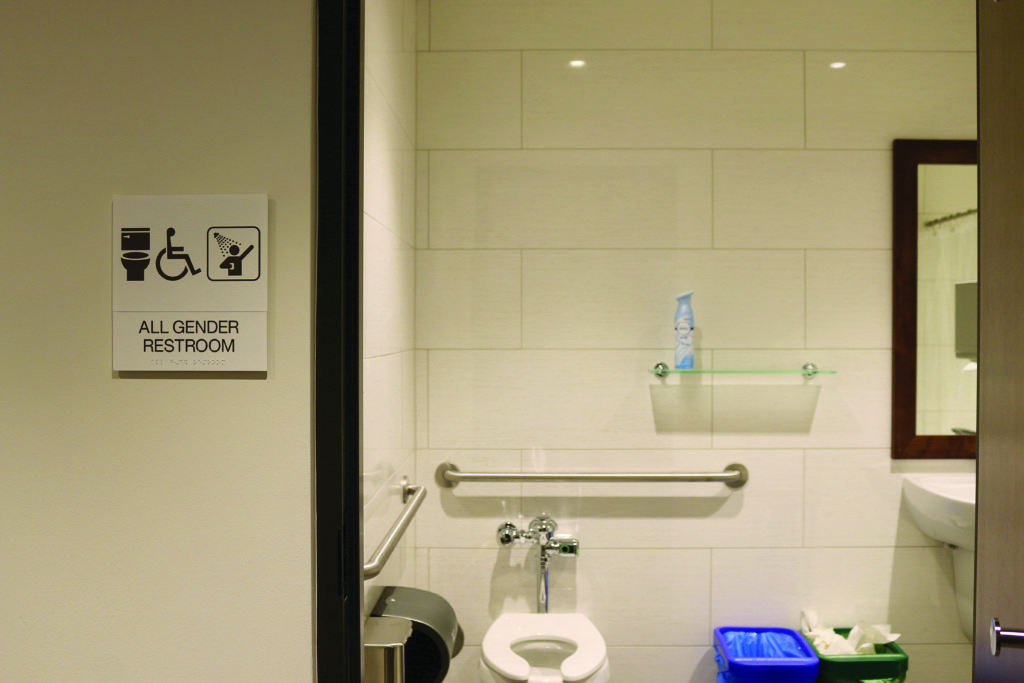 Early added that some buildings will have commuter showers in their bathrooms for employees who bike or jog to work, but said that these additions aren’t a priority. Efforts will go toward making bathrooms gender-neutral and compliant with the Americans with Disabilities Act.

“I think that once [people are made aware of the showers], people may be more [open] to using it,” Fisher said. 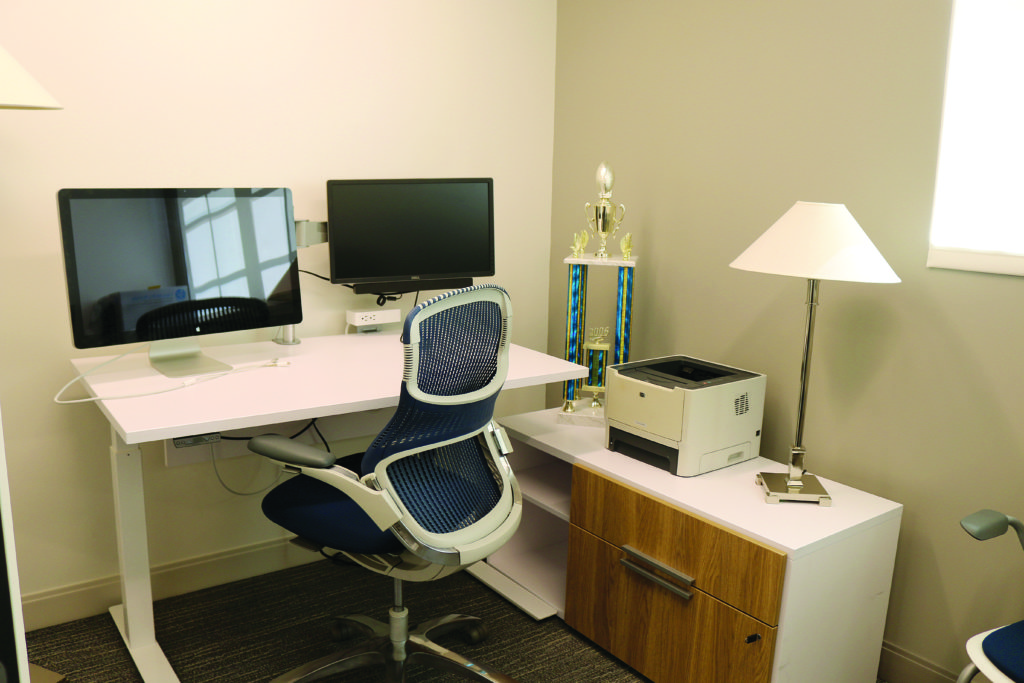 Standing desks are becoming common in new campus buildings, but they are not the standard. They are often chosen by the building’s occupants based on recommendations made by the interior design group within the Planning, Design and Construction division of Campus Services. Most people choose to implement standing desks after seeing the health benefits of standing versus sitting, according to Early.