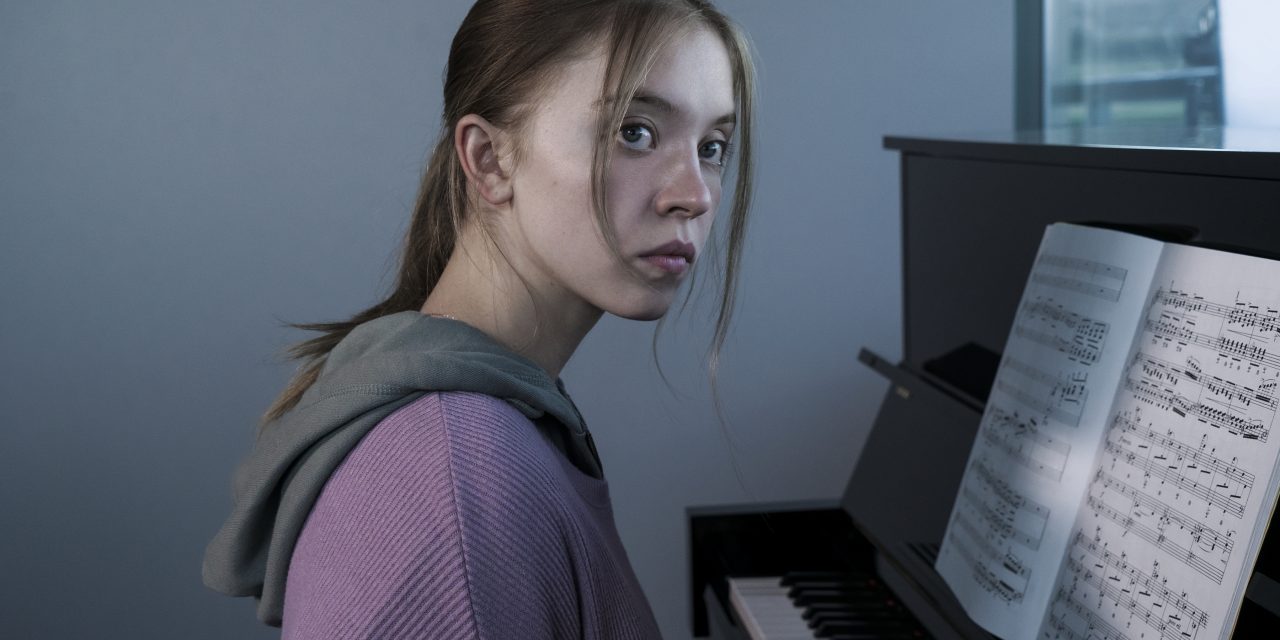 While we continue to quarantine, Blumhouse Productions and Amazon Studios are keeping the Halloween spirit alive this year with their four-film project, “Welcome to the Blumhouse.” The third film in the series, “Nocturne,” is now available to stream on Prime Video. If you’re tired of the cliche jump-scare fests that have taken over the horror genre as of late, this film will be a chilling breath of fresh air.

After the mysterious suicide of Linberg Academy’s star violinist Moira (Ji Eun Hwang), the institution has no choice but to redo the senior concierto competition, pitting pianists and twin sisters, Juliet (Sydney Sweeney) and Vivian (Madison Iseman), against one another. After Juliet comes across a practice book belonging to Moira, nightmarish visions begin to torment her and blur the line between reality and delusion.

Helmed by first-time feature director Zu Quirke, “Nocturne” feels remarkably polished and technically well-executed. Quirke — known for shorts such as “Zugzwang” (2019) and “Ghosting” (2016) — takes notes from Lars von Trier, director of “Melancholia” (2011), in her use of colorful, stylized imagery to bend reality as Juliet spirals into insanity. Another clear influence is from Darren Aronofsky, who directed 2010’s “Black Swan,” as both films present the dark, twisted side of ambition in the world of art and performance.

Sweeney’s performance as Juliet is captivating. Juliet is portrayed as the underdog, driven by the shame of not getting into Juilliard like her sister. Adding to the complexity of her character, Sweeney effectively balances between being demure yet somehow also menacing. Once she scores lessons with the school’s best piano instructor, Mr. Katz (Ivan Shaw), Juliet becomes even more unstable. The performances from the rest of the cast are also excellent and become more impassioned as troubling revelations destroy relationships. Iseman is a standout as Juliet’s twin, Shaw as the nurturing mentor and Jacque Colimon as Vivian’s boyfriend, Max.

I was additionally impressed by the sound design during the performance scenes, specifically how the cinematography and editing complement the listening experience. Cinematographer Carmen Cabana cuts rapidly between the hands fluttering across white and black keys and Juliet’s emotive face, immersing us in intimate moments that showcase virtuosity and vulnerability. The non-diegetic score is equally noteworthy, making use of distorted choral compositions, ominous sweeps and barrages of synth bass. Since classical music is at the heart of “Nocturne,” the pieces that are chosen to be performed are naturally haunting in their own ways. For example, Giuseppe Tartini’s “Violin Sonata in G minor” is referenced several times throughout the film. Legend has it that the composer dreamed that the devil himself appeared at the foot of his bed one night and played the piece on the violin, which he later transcribed and coined the “Devil’s Trill Sonata.” Sadly, the film doesn’t feature any demons or devils. 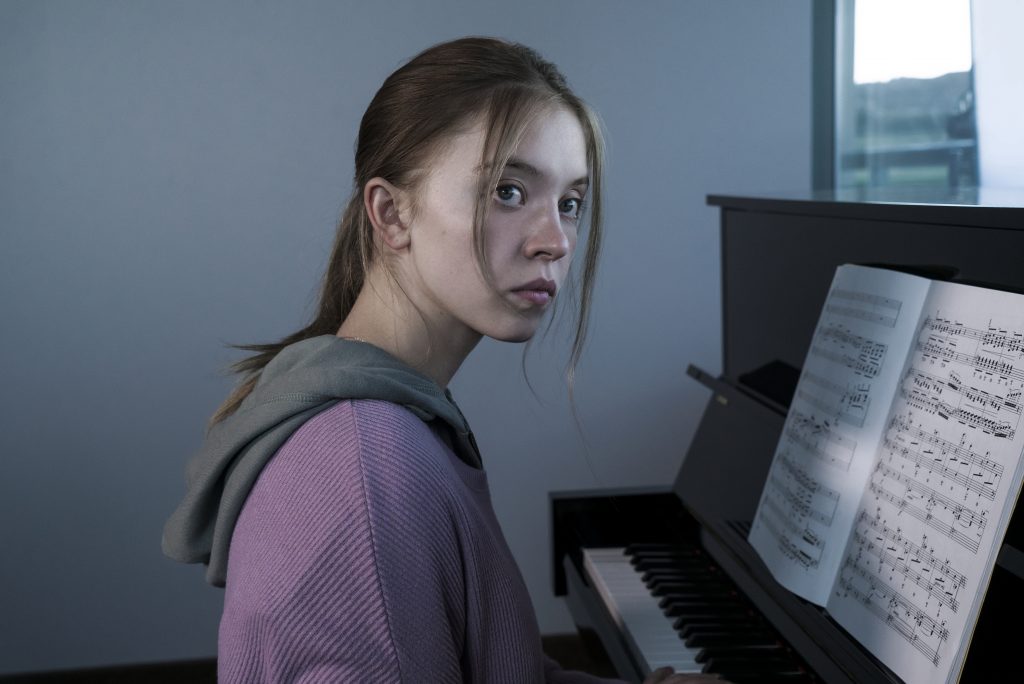 Juliet (Sydney Sweeney) practices on the piano for the senior concierto competition in Blumhouse’s “Nocturne.”/Courtesy of Kevin Estrada/Amazon Studios

I’m afraid to say that “Nocturne” is more surreal than downright scary, and this lack of legitimately frightening moments hurts the film as a whole. While the film won’t make you jump out of your seat, you may get goosebumps from time to time. The marketing for “Nocturne” makes it seem like a ghost story, but it’s really a slow-burning psychological horror film. Nonetheless, it’s worth watching for the aureate, beguiling dream sequences. The ambiguity between what is real and what is a hallucination is the eeriest aspect of “Nocturne.” However, I was more interested in the human component of the story and the conflict between Juliet and her sister. As their relationship grows more vitriolic, the duo wreaks havoc on the lives of everyone around them.

“Nocturne” will probably appeal most to those who enjoyed psychological horror movies like “Suspiria,” “The Neon Demon” and “Black Swan,” all of which take time to build suspense and gradually ramp up to an intense and shocking finale that will leave you speechless. It may not be the scariest film you’ve ever seen, but it does what a lot of horror movies cannot do, which is make you care about the characters. If you don’t have anywhere to be this weekend (and you probably don’t), I recommend you check it out.

Whitfield’s article features in a four-part review of films from the “Welcome to the Blumhouse” series. Read the other three articles here.