Arranging an interview with John Wegner, a senior lecturer in the Department of Environmental Sciences, took longer than expected at almost two weeks — Wegner does not have internet in his home and only checks his email when he’s on campus.

“We don’t have time to think about life,” Wegner said about the development of modern technology. “I don’t want to live like that. I want to be able to contemplate life.”

He alluded to Simon and Garfunkel’s 1966 “The 59th Bridge Street Song (Feelin’ Groovy),” saying, “I forget who did this song, but it goes: ‘Slow down / You move too fast / You got to make the morning last.’”

Sporting a scruffy white beard and wearing his long white hair in a low ponytail, Wegner told the Wheel that he thinks that people are inundated with information.

Wegner came to the University in 1998, a year before the establishment of the Environmental Sciences Department. He completed his postgraduate studies in biology at Carleton University in Ottawa, Canada, where he received a master’s in 1976 and a doctorate in 1995. Before Carleton, he had “jettisoned” Purdue University (Ind.) — “it was way too conservative” — for Indiana University (IU) Bloomington, where he dabbled briefly in neurophysiology before settling on zoology and political science.

While studying political science at IU Bloomington, Wegner scored an outdoors work-study position with Professor of Ecology and Evolutionary Biology Polley McClure — now vice president emeritus for information technology at Cornell University (N.Y.) — who inspired him to pursue a career in ecology. Wegner’s largest influence is Carleton Professor Emeritus of Biology Gray Merriam, his friend and colleague for the past 25 years.

Wegner learned to appreciate nature as early as age five or six, when he often passed time by catching turtles or fish at any of the five lakes in the woods nearby his house.

“My mother’s rule,” he recalled, “was that if I could prove to her that I could swim, then I could leave first thing in the morning and come back for dinner.”

Regarding the current political debates about environmental policies in the United States, Wegner laughed and said, “We’re going to hell in a handbasket.”

He was joking, but there was a level of gravity to his statement.

Interacting with students has helped keep his mind young and active, Wegner said. He tries to provide the most comprehensive education for his students.

“We don’t teach the sort of basic ecology and natural history to students anymore,” he said. “It’s important to find ways to reconnect, which is why I try as much as possible to have labs associated with my courses that take students outside.”

Kelsey Alexander (18C), who took and eventually became a teaching assistant for Wegner’s “Fundamentals of Ecology with Lab” course, emphasized the concern Wegner has for his students.

“He’s honestly most interested in how he can better his students’ lives through education, through awareness [and] through spreading resources,” Alexander said. “He makes [environmental knowledge] accessible to all these people with no environmental background.”

Wegner’s influence extends beyond the classroom. Despite his retirement last year from a 15-year term on Emory’s University Senate Committee on the Environment, Wegner continues to contribute to campus sustainability initiatives. He considers his most prized accomplishments to be his work with the University in the development of the Lullwater Comprehensive Management Plan, the construction of a campus land use map which protects more than 50 percent of the University’s land area, and the increase in Leadership in Energy and Environmental Design (LEED) certifications for university buildings. LEED certifications are awarded by the United States Green Building Council (USGBC) to buildings that meet certain high standards of sustainability.

“[John has] opened my eyes to more aspects of the forest that I think I wasn’t aware of before,” said University Landscape Architect James Johnson, Wegner’s close colleague and friend since 1998.

Despite Wegner’s affinity for the outdoors, his interests are interdisciplinary.

“[My literary interests include] a lot of social, political, ecological stuff,” Wegner said. His shelves boasted books from Carol Anderson’s “White Rage: The Unspoken Truth of Our Racial Divide” to philosophical texts by Martin Heidegger. He paused, then chuckled and added, “And then, to turn my brain off, mindless murder mysteries.”

While most people turn to their cellphones for entertainment, Wegner said that he turns to books. Despite having confidence in the balance he has created between the virtual and natural worlds, he admitted that there are times when he questions it.

“[The balance] is something I’ve been working on since the late 1970s,” he confessed.

One of those times occurred recently when one of his friends attempted suicide. Wegner said that his friend is now safe and his awareness would have done little in the way of prevention.

“One of my friends attempted suicide a couple of weeks ago — probably the first time in five years that I wished I was a little bit more connected,” Wegner said.

“So few things are life and death, which is the important stuff. We get indoctrinated to believe that we’ve got to live in the now, but the now is associated with electronic devices rather than actually living in the moment,” Wegner said.

Although Wegner has forgotten who sang “The 59th Bridge Street Song (Feelin’ Groovy),” the final lines echo his philosophies: “I’m dappled and drowsy and ready to sleep / Let the morning time drop all its petals on me / Life, I love you / All is groovy.” 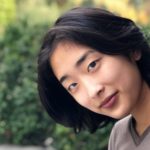 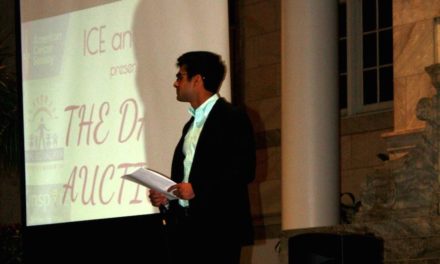