As Ryan is keen on noticing, I have a tendency to pick the Jets and have an even larger tendency of picking them on weeks that they lose. And so, 12 weeks into the season, I’m going to lose a little bit of faith in the Jets and pick the Ravens.

The Jets played incredibly awful last week and once again brought me the sorrow and disappointment of being a Jets fan. Geno Smith was pulled from the game after completing only eight passes and throwing three interceptions.

If not for Chris Ivory’s 98 rushing yards, the game would’ve been an even bigger blowout than the 23 point difference.

After a long two hour game delay in Chicago, the Ravens were narrowly defeated by the Bears in an overtime thriller on a field that looked like it belonged at a middle school rather than an NFL stadium. Ray Rice finally got back on track last weekend, though, as he ran for 131 yards and a touchdown.

This may have given Rice the boost he needed as he looks to go up against a tough front four for the Jets next weekend. If Rice can be as productive as he was this past weekend, Joe Flacco should be able to find the gaps in the Jets secondary. Jets 17 Ravens 21

The Carolina Panthers narrowly snuck by the New England Patriots last weekend on a controversial call that could’ve given Tom Brady one more chance to score from Carolina’s goal line. Regardless, the Panthers still won the game.

By winning, the Panthers improved their winning streak to six games. Aside from Cam Newton, Steve Smith, and DeAngelo Williams, the Panthers defense, led by Charles Johnson, have been a force to be reckoned with; they are currently ranked the number one defense in the NFL.

In the wake of the Richie Incognito- Jonathan Martin scandal, the Dolphins suffered a loss to the Buccaneers two weeks ago but made up for it this past weekend as they defeated the Chargers in a close 20-16 game.

Unfortunately for Miami, Cam Newton has found his groove, both through the air and on the ground. This could pose a problem for the Dolphins as they’re allowing roughly 150 rushing yards over the past four weeks. Look for Newton to use his dual-threat abilities and lead the Panthers to a seventh straight win. Panthers 27 Dolphins 17

The Giants are coming off of a 27-13 win against the Packers and their fourth consecutive win since starting the season 0-6. The Giants played the Cowboys in the opening week of the season and suffered a 36-31 loss in a tight game that featured six turnovers from the Cowboys defense.

Since having trouble turning the ball over, during the past four games, Eli Manning has only thrown two interceptions. The Giants defense has also drastically improved from the first six weeks of the season. Since winning their first game, the Giants have racked up 11 turnovers and nine sacks over their winning streak.

Since their first matchup, Dallas has had somewhat of an up-and-down season. Much like the Jets, the Cowboys seem to have trouble winning consecutive games (though they have done it once this season). The Cowboys have had trouble dealing with some of the stronger teams in the league, as was shown last weekend in their 49-17 loss to the Saints. Watch out for Eli Manning and the Giants to continue their winning streak and make a playoff push. Cowboys 20 Giants 27

The banged up, bruised, and tired Bears look to improve upon their two game winning streak with Josh McCown this weekend. The Bears defeated the Ravens last weekend with an overtime field goal in a game that included a two hour weather delay.

In addition to being without Jay Cutler the past few weeks, defensive superstars Lance Briggs, Charles Tillman, and D.J. Williams have also been injured. Despite these losses, the Bears defense has allowed only 20 points per game over the last three games.

This game will feature an interesting matchup between St. Louis running back Zac Stacy and the Bears defense that, despite their recent success, still ranks last in the NFL in rushing yards allowed per game. Despite this statistic, Stacy still last week, rushing for only 62 yards.

Despite this intriguing matchup, watch for the Bears to win three in a row. Bears 23 Rams 20

What has happened to the Falcons this season? Since starting the season 1-1, the Falcons have quite simply played terribly.

Even in the Georgia Dome where they usually reign supreme, they have been unable to hold their own, losing three out of five games. In past seasons, the matchup between the Saints and the Falcons has been characterized by whoever has been the home team.

This season, however, that all looks to change. Expect another stellar performance from Drew Brees while the Falcons seem to not do anything right. Saints 31 Falcons 17 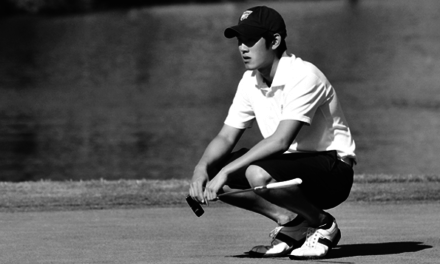