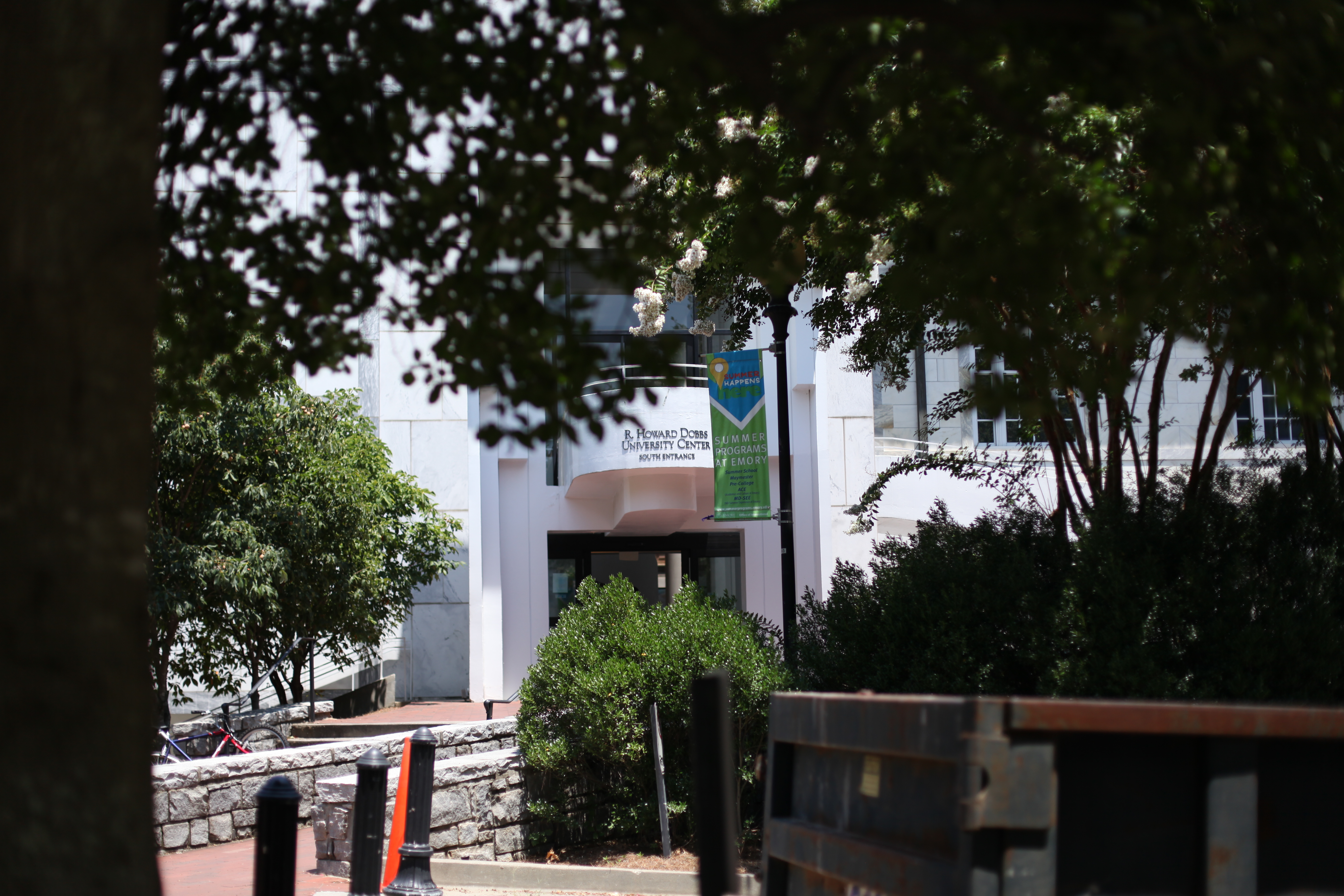 “Melanin is magnificent,” read one of the signs hanging on the Wall of Love, an initiative that Emory students hosted on Monday in response to recent backlash against black students’ protests and demands for the administration.

One side of the wall, the Wall of Love, provided an opportunity for the entire Emory community to write messages of solidarity with Emory’s black community, such as “Keep the faith, keep the strength” and “#BlackLivesMatter.” The other side, the Wall of Strength, allowed black students to share words of strength amongst themselves, describing how they navigate hostile environments and how they will thrive despite the negativities they’ve recently encountered.

“This isn’t the first or last time that we will experience racism,” said Jalyn Radziminski, a College sophomore who started the initiative.

She says the black community at Emory will continue to thrive despite these circumstances.

A portion of Emory’s black student body has mobilized in the past weeks in light of nationwide racial incidents on college campuses, including Mizzou and Yale.

After Emory students protested on Clifton Road to express solidarity for students at other universities and announce their demands for the Emory administration, some saw messages they considered to be racist on social media platforms such as Yik Yak and Twitter.

Radziminski was inspired to start the Wall of Love after feeling frustrated that a positive step towards fostering important conversations was received so negatively, she said, referring to the recent protests.

“One of the things we noticed the most was the lack of emotional and mental support for black students, because black students go through oppression on a daily basis through different types of institutions,” Radziminski said. To her, the Wall represented a “way of showing that our black students have strength, and they will come out stronger from this experience.”

Radziminski said the side of the Wall for the Emory community to spread messages of diversity and inclusivity will show black students that “they’re loved, they’re respected, they’re wanted here.”

College freshman Melissa Alamo said this side of the Wall was important because it highlighted the support for the black community on campus, despite all the racial tensions that are surfacing throughout the nation.

“Right now, you can feel the division here on campus,” she said. “But having this shows that, in a way, we are here supporting each other. I think it’s really something that we needed.”

One of the posters written in blue marker by Emory University President James W. Wagner read, “‘All who love a brother and a sister live in light, and there is no cause for stumbling.’ Forgive our stumbling. We love and will love more.”

Wagner wrote in an email to the Wheel that he was pleased to add a note to the Wall of Love and hoped that it would provide “a way for our community to express determination and support, especially given the flow of hateful language and vitriol that seems to have overtaken the recent ‘discourse’ on Yik Yak.”

Radziminski hopes that this initiative is just the first in a long series that attempts to create real change on Emory’s campus. As an intern for the Emory Alumni Association, she has worked with many departments about her concerns, such as the Alumni Association, Campus Life, the Office of Spiritual and Religious Life and the Office of Multicultural Programs and Services.

Alamo believes that this event alone will not accomplish the long-term reform that much of Emory’s black community is looking for.

“It doesn’t specifically fix anything or answer anything. It’s kind of like a temporary fix in a way, just to show that all students have support,” she said. “I feel like the real changes have to be made from the higher-ups.”

However, she does feel like this event can significantly raise awareness and support for black students.

“Anyone is welcome to come [to events that support the black community] — just the fact that you’re there, and you’re listening to what others are going through, goes a long way,” she said.

Radziminski agreed, and urges students to “Spread your love, and show that everyone is one here on campus and everyone should thrive here in the Emory community. We’re all passionate, we all care, and we want to thrive here like everyone else.”