Dwyane Wade is one of the greatest NBA players of all time. The 16-year veteran was a 13-time NBA All-Star, eight-time All-NBA selection, three-time NBA champion and was named the 2006 NBA Finals MVP as a member of the Miami Heat.

Arguably, his defining moment came recently when he and his wife Gabrielle Union spoke out in support regarding their 12-year-old child, who is a transgender girl. The couple received backlash over a Nov. 28 Instagram post that featured their daughter, Zaya, wearing a crop top and acrylic nails.

In doing so, Wade taught the world a lesson in change and accountability.

Wade acknowledged that he had once held the same views as those criticizing Wade and Union for allowing their child to cross-dress.

“I grew up with the same perspective as a lot of these people out here that’s a little ignant [sic],” Wade said on the “All The Smoke” podcast.

It would have been easy for Wade to stay true to his past views on the LGBTQ community and blame his prejudice on what he had learned in his community growing up, as many do. But, while hate is taught, love is not. It takes work to love another.

Too often are children criticized or even abandoned by their parents for their sexual orientation or gender dysphoria. These instances are caused by a refusal to change and neglect of one’s duty as a parent.

Kids are not supposed to live in line with their parents’ views; they are supposed to grow into their own, self-sufficient person. It’s up to the parents to reflect on their values and how those may impact their children. As Wade said, it’s not about the child and who they are; it’s about the parents’ ability to look themselves in the mirror and decide if they will accept their children for who they are.

Wade could have easily refused to discuss Zaya and her identity. Instead, he recognized the importance of a person of his influence speaking out in support of the LGBTQ community during a time when discrimination still pervades our society.

More so than ever, athletes are realizing the impact of their platform. Wade provided a valuable lesson in adaptability and responsibility to parents and non-parents alike. He showed that while old prejudice can be hard to shed, it is our responsibility as people to grow, mature and become better people for the sake of ourselves and the ones we love. 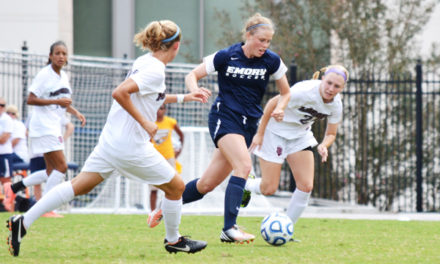 Advertisement
Have The Wheel delivered to your inbox!