Vote Stegall and Marchuck for SGA President and Vice President 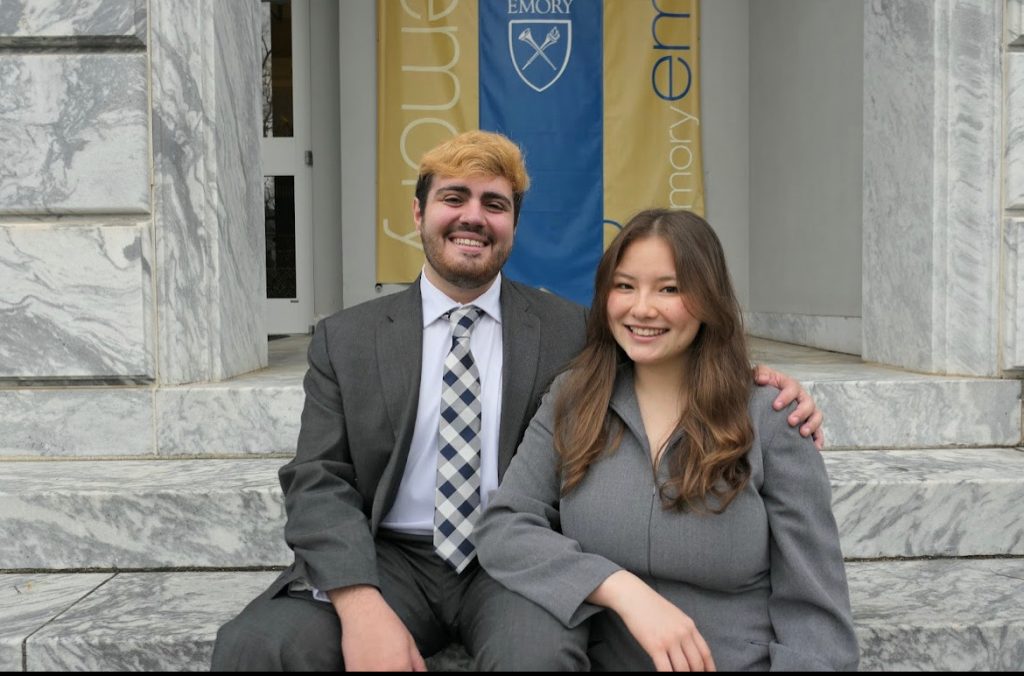 On March 19, the Emory Wheel was notified by Student Government Association (SGA)  presidential candidate Elisabet Ortiz’s (24C) Instagram post that she was disqualified from the election due to her enrollment status as a gap year student. This information was confirmed by Elections Board Chair Mild Trakarnsakdikul (19Ox, 22B). Regardless of Ortiz’s standing as a candidate, the Wheel’s Editorial Board endorsement of Alyssa Stegall (21Ox, 23C) and Noah Marchuck (24C) remains our opinion. Our endorsement is based solely on each candidate’s platform and experiences and are not influenced by recent events as the article was written prior to Ortiz’s disqualification.

The Editorial Board continues to endorse Stegall and Marchuck for SGA president and vice president, respectively. We believe they have the experience and network necessary to guide the Emory body through our next chapter of rebuilding the Emory community. If elected, their experience working together as a pair will be advantageous and allow them to better run student government. Together, Stegall and Marchuck will reinvigorate SGA and work toward actionable changes in student government.

Currently, Stegall serves as the SGA Speaker of the Legislature and is an Oxford Continuee Legislator in College Council. She has also worked extensively in SGA and CC, as a Ranking Member of SGA, Oxford-Atlanta Liaison in Oxford SGA and a legislator on the Governing Documents, Communications and Oxford-Atlanta Relations committees. Since last year, Marchuck has served as a second-year legislator on College Council and a legislator in SGA representing College Council. He also works on committees for Diversity, Equity and Inclusion and Oxford Transitions in SGA and College Council. With combined years of in-depth experience in student government organizations, Stegall and Marchuck are the best option to rebuild community post COVID-19.

Stegall and Marchuck’s campaign centers on representation, inclusion and connection-building. They’re devoted to building connections between Emory’s campuses and ensuring that all students — Atlanta or Oxford — have a voice in the University administration’s decision making. Stegall’s personal experience in the disconnect between Atlanta and Oxford will allow her to put this issue at the forefront of her mind, and ensure better integration of the Oxford and Atlanta campuses.

Stegall and Marchuck’s devotion to improving the University through concrete, doable plans makes them appealing candidates. The two candidates also plan to address the inaccessibility of mental health resources on campus, believing that the recent 4% increase in tuition should be directed toward adequately staffing Counseling and Psychological Services (CAPS). In addition to reforming CAPS, the pair plan to increase the University’s sustainability by promoting sustainability expositions in conjunction with the Office of Sustainable Initiatives. They also intend to promote equity in SGA by implementing bias training in all branches of student government.

Stegall and Marchuck both possess a desire to revamp Emory’s school spirit by increasing engagement with student arts by instituting “Coffee House” performances, establishing a visual arts newsletter in collaboration with student clubs and organizations and advocating for visual arts as its own major. They plan to increase equity in student athletics by tailgating for women’s sports teams in addition to men’s, and advocating for equal equipment and uniforms for both teams. They also hope to increase engagement with athletics by working with Club Sports to make their program more financially accessible, and partnering with community service organizations to foster connections between the general student body and the athletic community. They present specific and actionable ideas to reimagine the Emory experience and focus on serving often forgotten student populations.

Their campaign isn’t perfect, and neither is SGA. Joining in later years can be difficult, as is the bureaucratic language. After joining SGA as a sophomore, she expressed being confused by the jargon and terminology. She wants to make SGA more accessible so students joining anytime after freshman year are able to take on important positions and contribute to the student body. Furthermore, Stegall and Marchuck’s broad experience across different facets of student government will be useful to managing any issues which arise throughout the semester. Their experience within student government is a peek into the work they will accomplish as SGA president and vice president.