On May 19, Georgia voters will choose a candidate to face President Donald Trump in the 2020 general election. These are extraordinary times; the novel coronavirus pandemic has radically altered Americans’ day-to-day lives and has emphasized the pressing need to nominate a well-equipped candidate prepared to lead through uncertainty. Sen. Bernie Sanders (I-Vt.) is such a leader.

Amid a public health crisis, the prospect we should truly remember to fear is institutional inequality in the United States. Sanders has made ending that inequality his life’s work. America possesses great national wealth, but few citizens have reaped the benefits of it. Our country is distinguished by the prestige of its higher institutions of learning, is historically revered as a land of economic opportunity and is filled with leisures. But more than half of all Americans struggle to afford health care. While some have enough to live luxuriously, many do not have enough to live.

This is not the nature of a fair society. The basis of the “American Dream” is equal opportunity, but such equity clearly does not exist. Socioeconomic status is a sentence rather than a starting place. It takes generations, not years, for families to be lifted out of poverty. Economic inequality is a plague perpetuated by tangible economic systems: unregulated markets are withholding essential goods from Americans, especially health care.

Sanders can change that. In 2016, he became the popular champion of reforms that could solve systemic inequality — a champion not only through his rhetoric, but through specific policy platforms that have reshaped American progressivism. Sanders’ signature Medicare for All proposal is a sweeping and necessary rebuke to previous health care policies: since forcing the insurance market to work for us has proven impossible, it creates one of our own. He has argued to Americans that following other developed nations’ lead is not only right but also economically sensible.

In light of the novel coronavirus pandemic, Sanders’ plan for health care is the only one that can adequately address our citizens’ needs. Sanders believes the appropriate response is providing free vaccinations and paid medical leave, a response that addresses pressing economic inequalities throughout the healthcare industry. Biden’s plan, on the other hand, places significant restrictions on who is eligible for paid leave and when. While Biden may support free access to vaccines, Sanders’ Medicare For All plan would incorporate a single-payer system that ensures all individuals have access to basic health care entirely, regardless of their socioeconomic status.

Sanders has bravely endorsed policies that would tackle economic inequality, such as raising the national minimum wage to $15 and imposing a fairer tax system that holds the greatest beneficiaries of the U.S. economic system accountable. Sanders’ policies would provide American families with stability and access to food and housing.

He is also a proven leader. Sanders’ legislative record in the House and the Senate is well-established. He was dubbed the “amendment king” for decades during his time in Congress and has co-sponsored thousands of bills and sponsored laws like the Veterans’ Compensation Cost-of-Living Adjustment Act of 2013. Yet, a legislator’s bill passage record isn’t the only measure of their impact — much work is done behind the scenes. Despite his reputation as an inflexible firebrand, Sanders has won bipartisan acclaim for his ability to reach across the aisle, especially during his time as chair of the Senate Veterans’ Affairs Committee. He has enjoyed success and suffered failure, but, most importantly, has proven himself a competent head of an important governmental organ.

On the other hand, Biden’s inconsistent record shows that he is not the stable leader America needs in times of great panic, despite popular belief. His tough-on-crime policies had far-reaching effects especially on low-income groups and people of color, leaving many non-violent offenders unable to find work and stuck in a cycle of poverty. Additionally, he led the 2005 Bankruptcy Abuse Prevention and Consumer Protection Act, which hampered low-income debtors’ efforts to pay their debt and rebuild their credit. Biden’s past demonstrates that he is no steady leader and would continue to overlook the livelihoods of low-income Americans and Americans of color.

Nevertheless, voters seem to find Biden a safer choice. Some voters, despite outright supporting Sanders’ platform, won’t vote for someone they think stokes anger. Sanders has been criticized for the excesses and genuine evils of his supporters and condemned by his most extreme critics as a left-wing Trump.

Look at Sanders’ debate performances: they have been calm and measured. He has treated his opponents with a forgotten respect. What some may confuse with anger is dedication and passion. We should not conflate Sanders’s passion with Trumpian, violent rhetoric, a kind he has repeatedly denounced when seen at the fringes of his support. Sanders himself is an experienced leader worthy of the dignity the presidential office bestows. Biden, too, is a more respectable politician than Trump. But he has a history of voting for policies that have served to perpetuate racial and economic inequality, and even today, his platform doesn’t go far enough to solve those problems.

It would be easy to stick with a known political entity like Biden, despite his policy failures. But just like our country’s response to COVID-19 has led to upheaval of our daily lives, we desperately need a political upheaval. That upheaval wouldn’t result in a lack of leadership, like we’ve seen in the Trump administration. Sanders is a responsible leader who could guide us through all the uncertainties of the modern world: like a hurricane or a pandemic. He could end the excesses of the Trump administration with bipartisan support, which his background corroborates.

We urge voters to stick to their ideals and vote for the leader best poised to tackle economic inequality. We’re willing to self-quarantine to protect our most disadvantaged fellow citizens. We need to protect them at the ballot box, too. 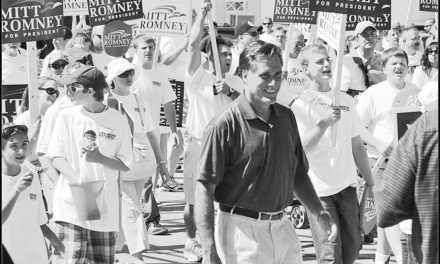 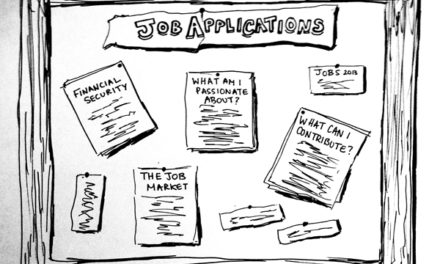 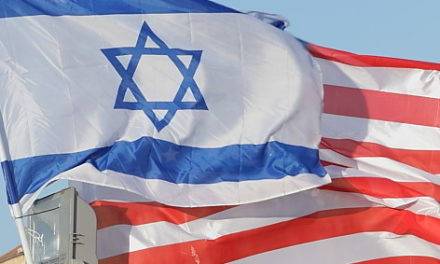