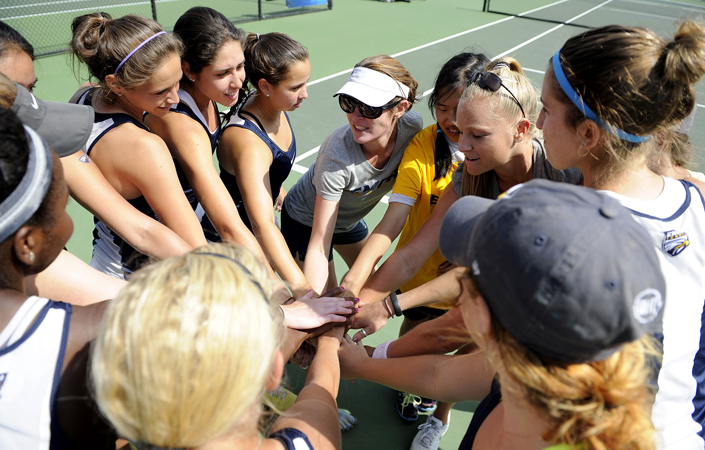 While the pandemic continues to restrict what Emory sports teams can do, Amy Bryant (96B), head coach of the women’s tennis team, eagerly counted down the days until her team’s first day of practice on Feb. 8. Bryant, who has coached at her alma mater since 2000, has accumulated a stellar 408-103 record and six NCAA Division III titles over her 20-year tenure.

Despite the abrupt conclusion of spring sports last year, Bryant insists that the women’s tennis team is prepared to live in the present and seize opportunities during this 2021 season. The Wheel spoke with Bryant about the upcoming season and the challenges that COVID-19 imposed on collegiate competition and team morale.

Jonathan Fineman, The Emory Wheel: The dynamics of spring sports certainly differ from past years due to logistical and health-related challenges. What are the greatest challenges of coaching Emory women’s tennis during these uncertain times?

Amy Bryant: I think what I’m facing right now, and what we’re facing as a team, is a continuation of the strong team culture that we’d already established prior to COVID. And then we’ve just had this long break of nothingness. When I say nothingness, it’s not really nothingness: we have been meeting on Zoom, staying in touch, but there’s nothing like being on the court, traveling with your teammates and practicing with your teammates. That whole element of our program has been gone for almost a year. So bridging the gap is one of the biggest challenges that I’m facing right now.

TEW: Has COVID-19 affected your approach to coaching? What lessons have you learned?

AB: I don’t think it has affected my coaching style at all. I’m still, at my core, the same coach that I was before. I have the same philosophy, the same values and the same goals for the team. Perhaps I have become a little more flexible and understanding than I was before, just in terms of having to allow this strange new phenomenon into our lives that we’ve never dealt with. I have to almost be like, Here’s my expectation, but I know what you’re experiencing, what we’re all experiencing. So there’s a little bit of a “but” to everything that I’m doing that didn’t exist before.

All the girls on my team have lost two years. They trained for this their whole entire lives, and they’re so serious about their academics, and they’re so serious about their athletics. They just lost a huge portion of who they are. So just trying to be sensitive to that is essential as a coach, and [it’s] something that I’ve tried to really implement.

AB: I’d like to hope that we became stronger. I really do. I’ve known [my players] since their junior year in high school, and then I’ve known them while they’ve been at Emory. We’ve gone through this, and they are strong-willed.

There will be a little bit of a reckoning that goes along with practicing five days a week with masks on outside. There’s so many little things that we’re just like, Okay, what’s next?” But at the same time, we’re holding out hope that we’ll get to compete. We have a proposal in place that may allow us to start competing after March 15. If that’s the case, we are going to be scrambling to set up some matches, and if the NCAA holds the tournament we’re gonna get there, come hook or crook. We’re going to do our best to get there and to compete and do what we can with what we’ve got. That’s just who we are as a team. I think these are an extraordinary group of student-athletes who are going to take advantage of the opportunity instead of looking at it as detraction.

TEW: The UAA canceled formal competition that would normally occur. What form of competition will your team engage in?

AB: The UAA is our conference. We have one tournament that we have to play. So I don’t have to travel to Cleveland [Ohio]. I don’t have to travel to Rochester, New York, which is, you know, fine by me. Nobody wants to go there to play tennis. So instead, we have one tournament that occurs in April at the end of our season as the last thing we do. All the teams go to Orlando, [Florida], and that’s where we play, and whoever wins gets the automatic qualification to the national tournament.

When the UAA canceled all of its competition, all it meant was round robins and tournaments were canceled for those sports. We are just not having any UAA competition. For me, I still had every year at least 20 other matches besides the UAA competition that we would play. So it doesn’t really mean that much that the UAA is canceled. Also, Division III said the amount of matches needed to be considered for the championship is greatly reduced. This year, you have to play five matches to be considered for nationals, which is nothing. I can play almost five matches in one day. So that’s what we’ll be trying to do as we get approved for travel. I’m going to be calling up folks and saying, “Hey, I need five matches. Can you do it?”

TEW: Has the Emory Athletics Department given the all-clear for women’s tennis to compete?

AB: We haven’t found that out. We haven’t been approved by Emory to proceed with any competition with the problems of travel. Like, how do you put all the girls in the van and keep them all safe? And what if the other team is not doing weekly [polymerase chain reaction] tests? There’s going to be a ton of requirements for who we can play versus who we can’t play, if they say we can play at all.

TEW: Has the tennis team begun to practice together? If so, what do typical practices look like and how do they differ from a normal season?

AB: Our team started practice on Feb. 8. The restrictions or the mitigations that have been communicated to me in regard to tennis are that you can only have two [players] on a court, you can’t play doubles and we can only have groups of 10 or less. I have 13 girls on my team that are on campus right now, so we’ll have to have eight of them be on four courts, because there’s two on a court and then the other ones have to be on a separate set of courts.

TEW: How have you managed to keep the team connected this year?

AB: We’ve been doing Zooms consistently since March. Then in the fall, once Emory allowed group gatherings, me and the girls that were here got together in a socially distant, safe way, while those at home continued on Zoom. Sometimes — it’s funny, — I’ll run into somebody, and they’ll say to me, “Oh, it’s been a while since I’ve seen you.” But I just saw them on Zoom the day before. It doesn’t even feel like we haven’t physically been in person. I feel like you can just take off where we were before. But again, it’s just a matter of making sure that we maintain our team culture and expectations. What makes our program special has been the commitment of the girls and their drive and their passion and all of these things that we’ve developed over time.

TEW: What do you miss the most about pre-COVID sports?

AB: That’s a hard question. I try not to look at what was or what could have been and just look at where we are right now. It’s related to a competition mindset, too. Any athlete that is stuck on where they were before is never going to get better and be able to look ahead. Even the ones that do look ahead — sometimes that’s not a good thing because it creates a lot of anxiety. The best athletes are the ones that are just in the moment all the time. So that directly circles back to our team culture and what I’m trying to continue.

TEW: What are you most excited about for the future of women’s tennis?

AB: I’m excited to see where my graduates go, what they do, how they get there and the confidence that our program gives them to be able to do whatever they want to do. That’s just part of my whole philosophy as a coach. I’m excited for that, to have five seniors that are graduating. I’m also excited to work with our current student-athletes. I haven’t worked with our freshmen at all, and I’m excited to see what they can do on the court. Our juniors, seniors and sophomores still have a ton of potential. I’m excited to tap into that and help them learn and grow. I’m just looking forward to getting back to the grind. 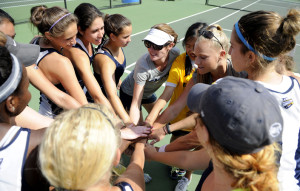 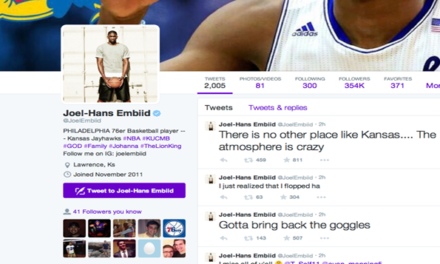