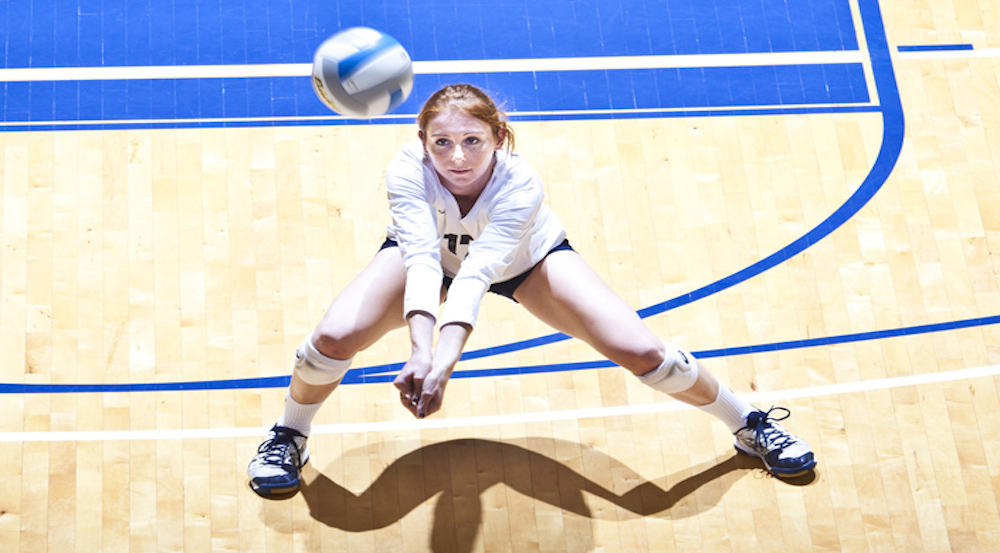 The fourth-ranked Emory volleyball team rebounded from their losses last Saturday with perhaps their best weekend of the year, topping three formidable opponents on Friday and Saturday. The Eagles’ record now stands at 15-2.

It was a positive result for a team looking to get back on track.

The hardest match of the bunch came against second-ranked Christopher Newport University (CNU) (Va.). The Eagles jumped out with a 2-0 lead on the back of two nail-biting sets (27-25, 25-22) before CNU struck back, tying the match at two sets apiece. Emory prevailed 15-9 in the final set, winning the Division III battle.

McDowell was especially pleased with the performance of the team’s leaders in the decisive fifth set, in which the Eagles gained a 6-1 lead.

“Our upperclassmen just took total control of the match in that fifth set,” McDowell said. “They just said, ‘Nope, we’re not gonna lose this match.’”

One of these upperclassmen, senior setter Sydney Miles, had one of the best games of her career. Miles totaled 58 assists, her best performance of the season to date.

The next two matches weren’t nearly as challenging. After falling behind to hosts Washington and Lee University (Va.) in the first set (18-25), the Eagles rallied and ripped off three straight set victories to grab an easy 3-1 win.

Junior outside hitter Kathryn Trinka had an impressive match, leading the team with 14 kills and hitting .429.

The Eagles finished the weekend with a clean sweep of Randolph-Macon College (Va.) with a score of 25-22, 25-17, 25-14. Emory dominated the match, hitting .341 compared to Randolph-Macon’s .084. Emory junior middle hitter Jessica Holler played particularly well, leading the Eagles with 13 kills and hitting a remarkable .800.

The weekend was particularly encouraging given that University Athletic Association (UAA) plays starts in less than a week.

“If you said that we were going to be 15-2 against the toughest schedule in Division III, I’m not sure too many people would believe you,” McDowell said. “Our program’s been known to play our best volleyball in November, and that’s the direction we’re heading in.”

The Eagles will try to keep the momentum rolling on Wednesday evening with a pair of matches against Oglethorpe University (Ga.) at 6:30 p.m. and away at Agnes Scott College (Ga.) at 8:30 p.m.