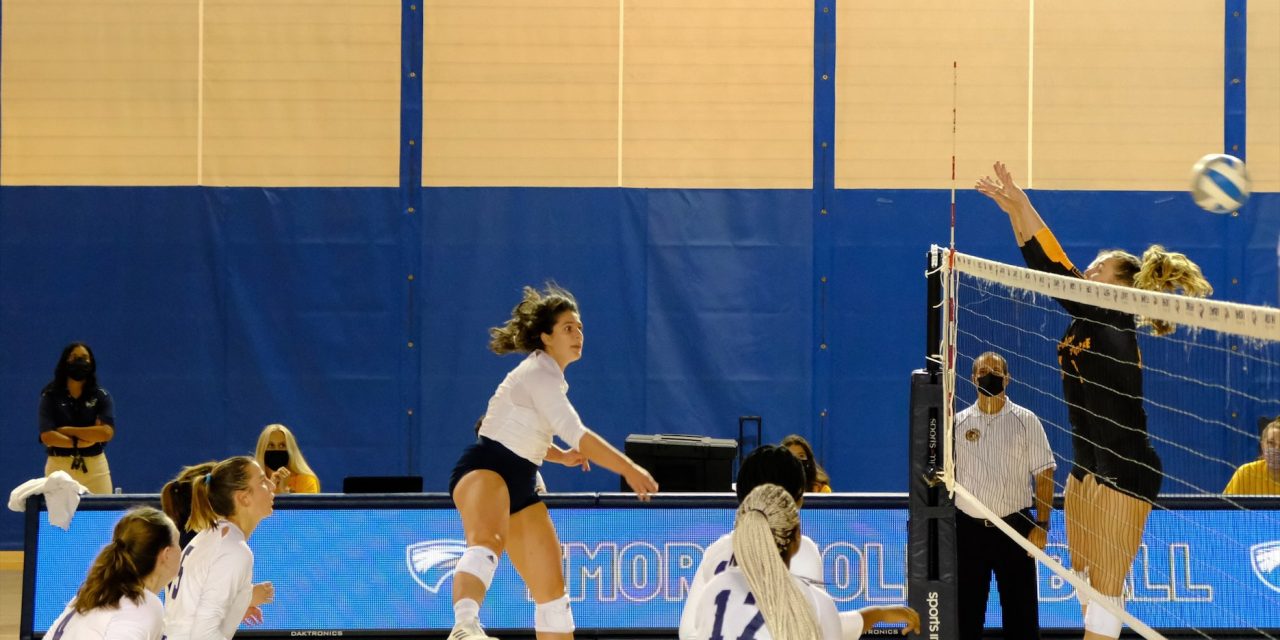 From Sept. 3 to 4, Emory University’s volleyball team went undefeated in the first tournament of the season. While an impressive feat, winning is the norm for the Emory women’s volleyball team.

The volleyball’s winning culture being on full display is no surprise to Head Coach Jenny McDowell. While winning the first tournament sets the tone for the season, it was expected that Emory would come out on top.

During the first day of competition, the Eagles faced off against Willamette University (Ore.) and Brevard College (N.C.). The team then went up against Greensboro College (N.C.) and Covenant College (Ga.) to round out the tournament.

In their first match against the Willamette Bearcats, Emory had a hitting mark of .266, limiting the Bearcats to a mere -.027. The Eagles toppled the Bearcats with nine total blocks, led by senior outside hitter Tara Martin who converted a team high 10 kills to pace the offense and was later named MVP of the Emory Classic tournament. Freshman libero Deborah Hong also emerged as a leader in her Emory debut, as Hong led the team with 17 digs and was named a member of the Emory Classic All-Tournament team.

While Hong is new to the University, she is well aware of what it meant just to get back on the court and play again after a year off.

“Everyone has been waiting so long to finally have a season again,” Hong said. “Just being able to not only play but play with everyone who has been waiting for so long was super exciting and super fun.”

Emory’s match against Brevard went smoothly, with 13 different players accounting for at least one kill. Nearing the third set of the match, the Eagles were holding a narrow 13-12 edge against Brevard but were able to finish and close out the game on a 12-0 run.

“There was a super positive mindset going in and throughout the tournament,” Hong said. “[It’s] something we really emphasize in practice and in our team culture.”

On the second day of the tournament, the Eagles were first up against Greensboro, who ended the tournament with just one victory. However, Martin led the way, earning six kills and a .500 hitting mark which tied the team high. The match ended with the Eagles attaining a .290 hitting performance compared to Greensboro’s -.080, and the Eagles secured the (insert set score here) victory. To Martin, the Emory Classic is a great way to build chemistry with her teammates ahead of UAA conference play.

“This [past] weekend is probably one of my favorite weekends just because it’s a lot of matches really early on,” Martin said. “I think everyone’s nerves are really high — it’s the first time we are playing a lot of games. Obviously we haven’t played that much since 2019 before COVID. It’s really exciting to get back in the gym and be able to play. It’s really indescribable.”

The Eagles will next travel to Thousand Oaks, California, to compete at the East-West Battle where they will face off against Trinity College (Conn.), College of Saint Benedict (Minn.) and Claremont-Mudd-Scripps Athenas (Calif.).

Starting the season with four straight wins is an impressive feat, but the team is more focused on the return to competition and appreciating the game they love.

“Sometimes you start to take things for granted, but then you are able to take a step back and realize that you are actually so lucky to be able to play at such an amazing school,” Martin said. “We all had that taken away last year due to COVID, and it definitely put things into perspective for everyone what volleyball means to them and how special it is that we get to play. It’s truly a gift.” 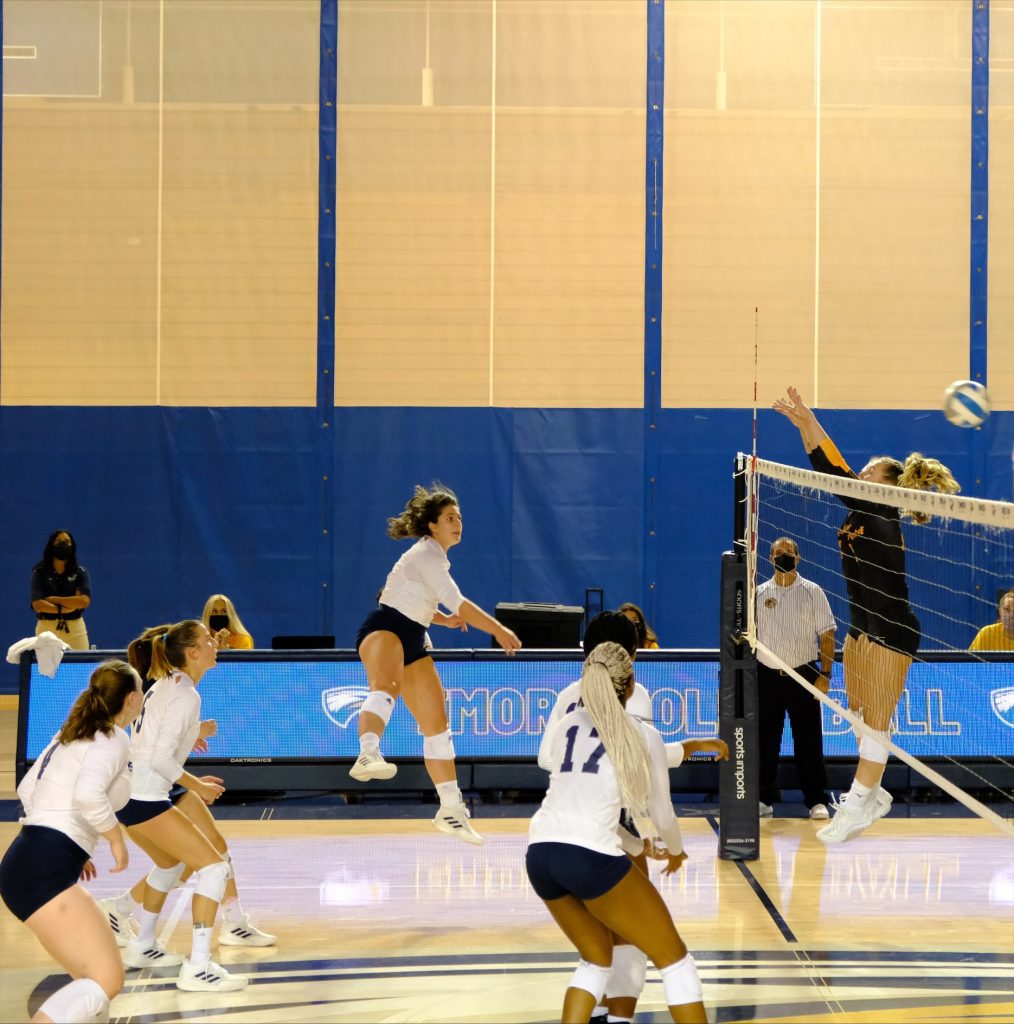 Emory prepares for the return during the Emory Classic. (Lin You/Contributing Photographer)