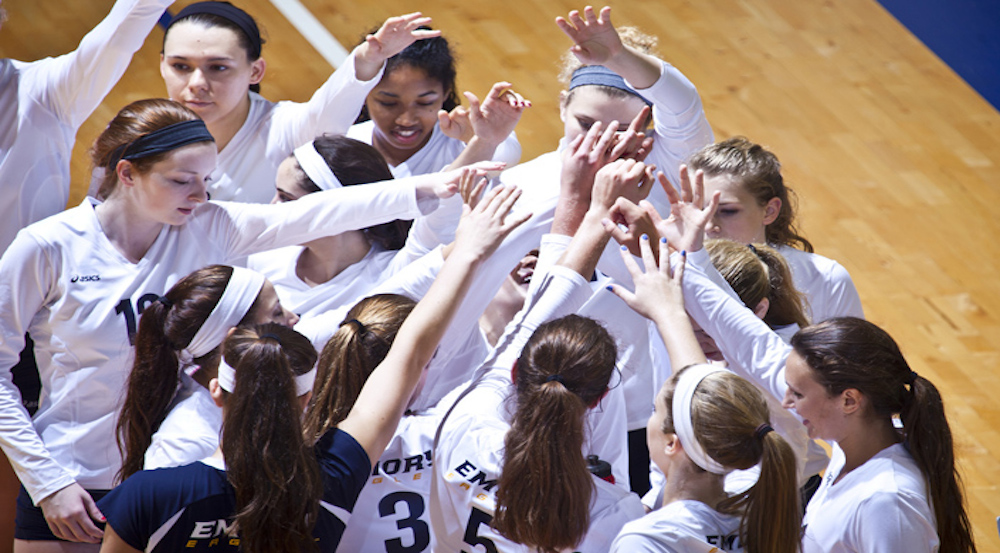 Junior outside hitter Kathryn Trinka was the star of the day, commanding the Eagles attack with 15 kills in the first match against Covenant, tying her second-highest career total. Trinka added 13 kills in the second match against Johns Hopkins for her seventh straight game with double-digit kills.

Senior setter Sydney Miles perpetrated the attack with her 72 assists through the two contests, with 43 against Covenant and 29 against Johns Hopkins.

Emory closed out a premier tournament showing on Sunday by dismantling both Lakeland and Susquehanna to improve their record to 9-0 on the season.

In contrast to the previous day’s offensive barrage, Emory’s defense was the highlight of the second day.

Despite the results of the tournament, McDowell was even more excited about how good the team can become as they continue to practice.

“I see so much room for improvement, and I see our players so passionate about getting better,” she said. “That’s the best thing about this team, they walk into practice every day with the desire to get better, and that’s why I’m excited to see how the team develops come November.”

On top of the team’s overall dominant performance, three Eagles were awarded a place in the Emory Classic All-Tournament Team: Miles, Trinka, and junior mid hitter Shannon Nugent. Miles was also awarded MVP of the tournament.

“Volleyball is such a team sport that I don’t think one person should really be standing out,” Miles said. “Without my teammates, I’m nothing.”

However, she still sees room for the team to grow.

“I think there’s always something to improve upon and I think that’s what’s going to make us great this season.”

Emory will look to continue their winning streak when they play Berry College (Ga.) away on Tuesday at 7 p.m.