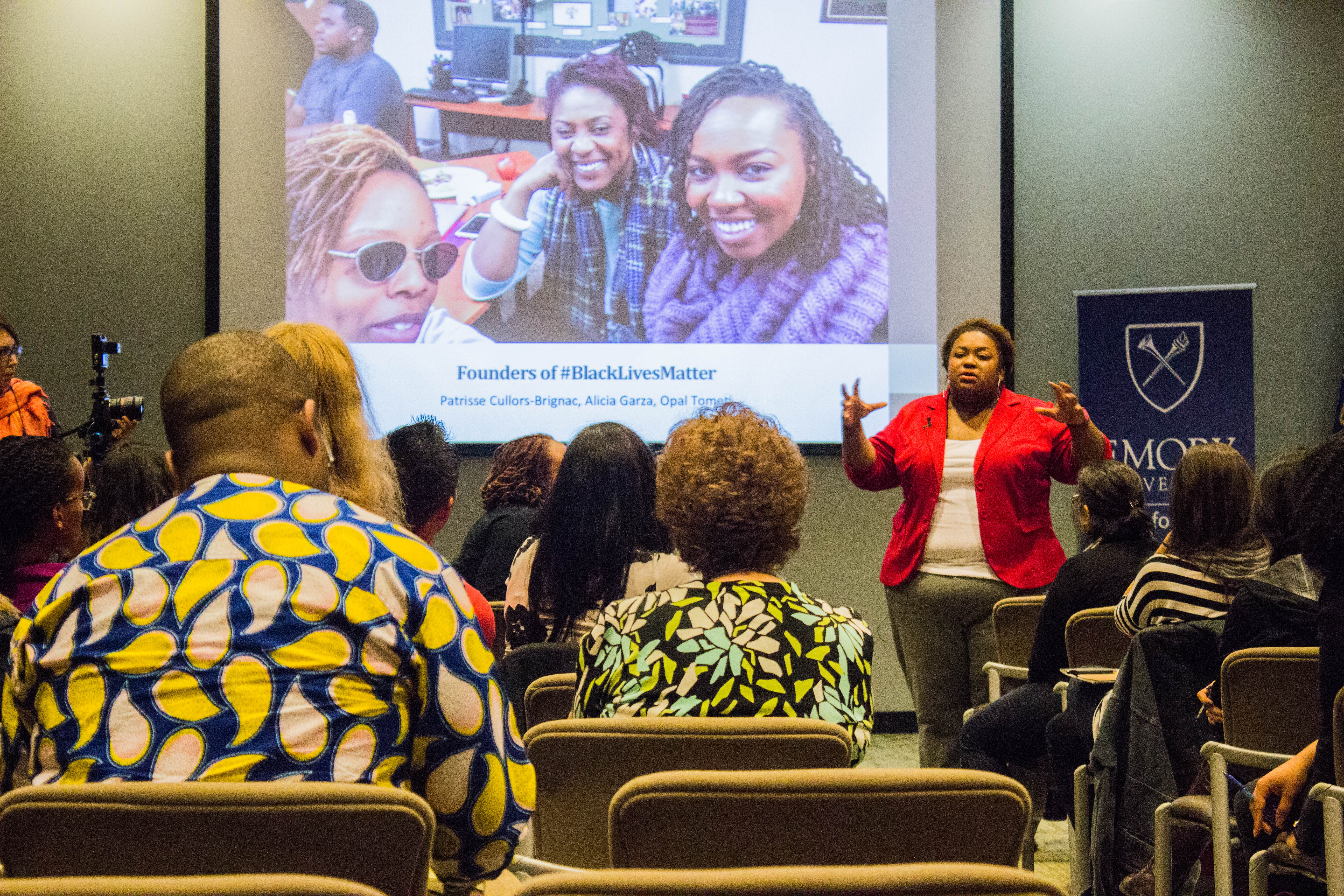 “How do these women’s deadly encounters with the police, force us to revise the narrative?” Cooper asked the audience after listing off Black female victims of police violence in the presentation, “#SayHerName: Towards a Gender Inclusive Movement for Black Lives” which was on Tuesday as a part of the University course “The Ferguson Movement: Power, Politics and Protest.” Sponsored by the James Weldon Johnson Institute and the Center for Faculty Development and Excellence (CFDE), the event was one of many that attempted to contextualize race, politics and power in the United States.

A Black feminist theorist, Cooper specializes in the black woman’s history and representation. Her work has been cited by The New York Times, Washington Post, Salon and other productions. As a co-founder of Crunk Feminist Collective, a popular feminist blog, she attempts to reinvigorate conversations about Black feminism.

The “Say Her Name” movement originated from the song “Say My Name” by Destiny’s Child — a song of a man promising fidelity to a woman. In current events, this fidelity is all the more relevant and vital, especially when applied to political movements, according to Cooper.

The audience was visibly moved by her questions as Cooper said she expected the next major movement to be at the college level.

Cooper described injustices to Black women, including the wrongful killings of Miriam Carey, Renisha McBride, Sandra Bland and many more.

Cooper also discussed Rachel Jeantel, a friend of Trayvon Martin, a 17-year-old Black boy whose death brought police discrimination to the national forefront. Jeantel was ridiculed on social media for her size, her speech impediment and more, Cooper said. She, like many Black females, [faced] the struggle of feeling “unworthy to be seen, listened to and heard,” according to Cooper.

Cooper also included personal anecdotes in her lecture, especially from her younger twenties. She detailed her experience about being targeted by a police officer in college. Finally, she emphasized the need for a movement responsive to all its participants.

Cooper explains the importance of a gender-inclusive movement, in which a woman of color and her supporters should stand together.

“We must be willing to get undignified,” Cooper said. “We must stop trying to get respectable. All we got is us, and we are our own best thing.”

During a vibrant question-and-answer session, the audience became engaged in numerous discussions about Black women in higher education, the church and contemporary race politics and the importance of self care for student activists.

“[Cooper] is a thought leader of our time,” said Donna Troka, associate director of CFDE. “She is courageous, fierce and never backs down. I am honored to call her a colleague. It is imperative that we know [her] work.”