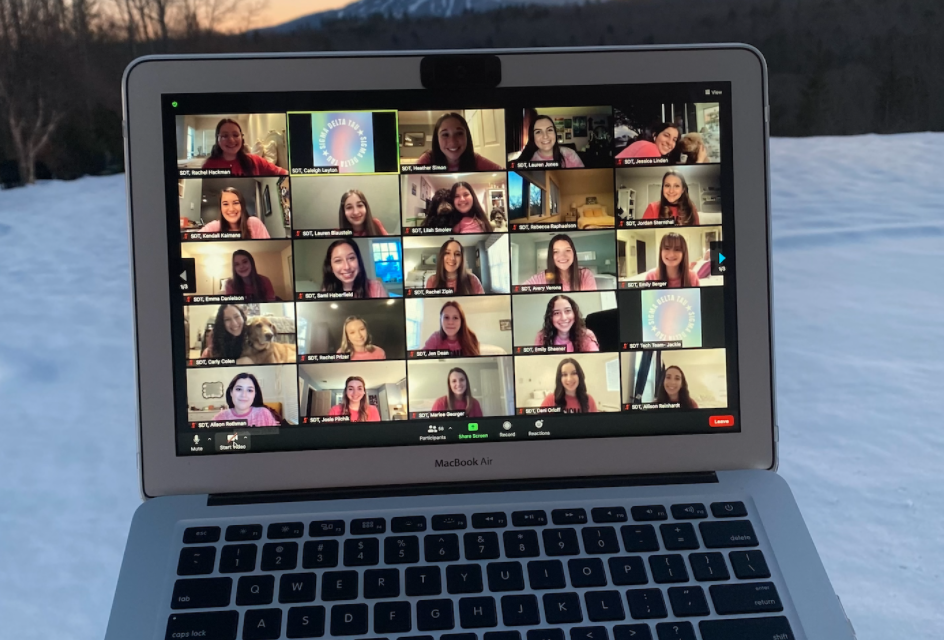 Crowding around the snack table. Decorating the house from floor to ceiling. Chatting one-on-one in a room packed with diverse and bubbly personalities. Keeping the energy high with unique chapter chants. The typical aspects of an Emory Panhellenic Council (EPC) recruitment week were abandoned due to the pandemic and a virtual recruitment week, which ran from Jan. 9 to Jan. 12, ushered in a new class of sorority members.

“A lot of elements need to be dealt with in a totally different way online,” said Hackman, the vice president of recruitment for Sigma Delta Tau. “Nobody’s moving and you’re all just staying on Zoom. No one’s singing songs. No one’s moving around the lodge.”

According to each member, recruitment is meant to be an interactive, engaging experience for PNMs, who bounce between houses, interacting with current sorority sisters and feeling out each organization to decide the best fit. This year, Zoom breakout rooms replaced in-person conversations and house cycling. Rosenthal, however, found online conversations fruitful.

“One of the things I remember from going through recruitment is being in this big room where there were 40 women all talking at the same time,” Rosenthal said. “It’s really hard to have that one-on-one conversation, whereas in a breakout room with just me and a PNM I actually felt like I had a real conversation and could hear everything they said.”

In the weeks leading up to the recruitment period, sorority members became familiar with Zoom and worked through potential technical difficulties. Aside from understanding the logistics of running a smooth virtual experience, the sororities had to recreate the easy flow of conversation that occurs in person as PNMs circulate around a room.

“Some of the natural things that would happen in person don’t necessarily happen online,” Hackman said. “To make it feel as natural as possible, it took a lot more logistical planning and understanding of how to use the platform. We don’t normally have a full-fledged technology team, but this year we had to have a whole group of girls exclusively just to help with tech.” 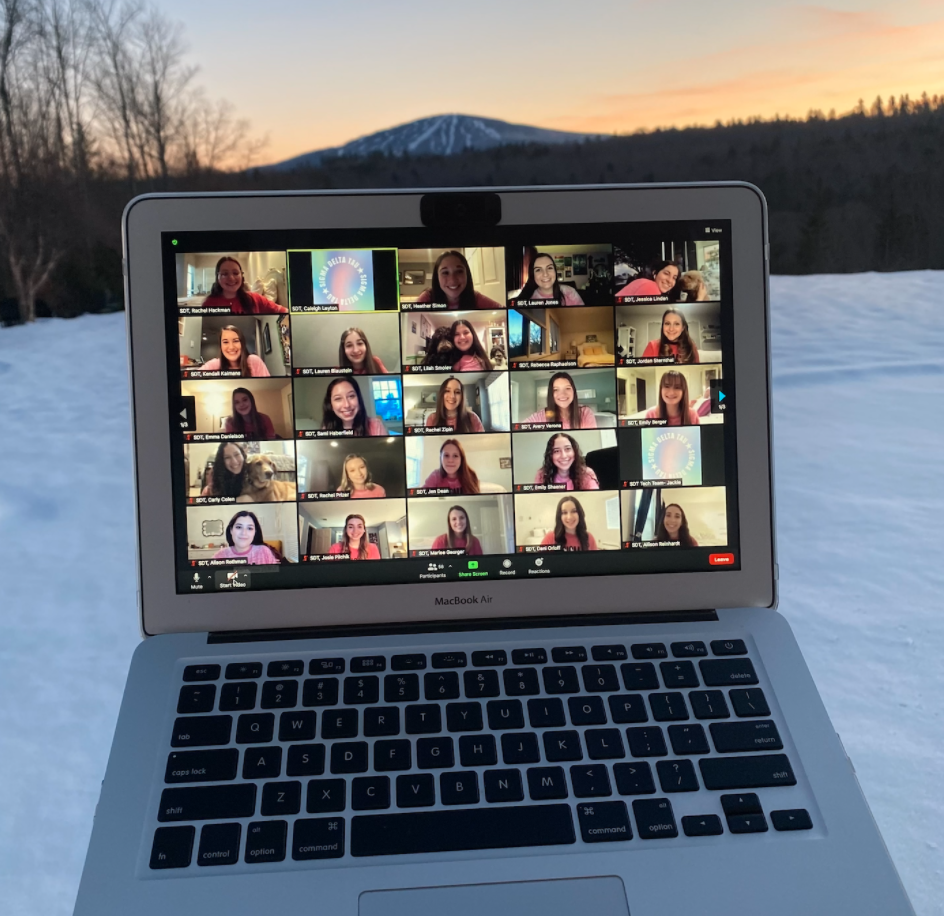 Although this year involved more planning than usual, not having to prepare the lodges gave sororities a bit more freedom and flexibility. Kappa Kappa Gamma took advantage of the extra time to go through an implicit bias training session, which was intended to help members recognize and address racial biases and better understand how a person’s race influences one’s worldview.

“We basically talked about issues that affected us and looked at other perspectives of those same issues and it was really an enlightening experience,” Schock said. “I’m actually really proud my chapter did that because we take that stuff really seriously.”

While Hackman, Rosenthal and Schock spoke positively of this year’s events, they all agreed that it paled in comparison to in-person recruitment. Community is an integral part of EPC culture, they said, and without social interaction, sorority sisters struggled to convey their personalities and keep themselves and PNMs engaged.

“There’s just something about being there in person that I feel gives you a better sense of where you’re going to wind up,” Rosenthal said. “Staring at a screen all day is very hard. Zoom fatigue is very real.”

Apart from some of the upsides of virtual recruitment, the mental exhaustion brought on by the virtual fall semester negatively impacted EPC recruitment, Rosenthal noticed fewer people interested in joining sororities than in previous years. Schock reasoned that the absence of upperclassmen on campus reduced EPC visibility last semester, leaving many first-years uncertain about joining a sorority.

“I hung out with those girls and that really helped me,” she said of her own experience. “I think it must be kind of hard making a decision this year because you only have a limited number of opportunities to meet girls.”

Hackman also pointed out that expensive dues may have posed a financial barrier for some, and others may decide to join when the usual EPC social scene can safely resume. Until then, a plethora of COVID-friendly bonding activities, including outdoor meals, Kahoot game nights and group Zoom calls will be the norm, she said.

“It’s hard to balance following the restrictions and being safe and setting a good example and wanting to do things all together,” Hackman said. “We can still give girls the apparel and all the fun things … but in a way that is safe and fun to keep those traditions that we normally have going.”