Vice President of Campus Services to Leave Emory After 9 Years

Vice President of Campus Services Matthew Early will leave Emory on Sept. 13 to become the vice president of facilities management at King Abdullah University of Science and Technology (KAUST) in Saudi Arabia. Early is capping a nine-year term that began on Aug. 1, 2010, and oversaw all significant construction projects on the Emory and Oxford campuses.

In an interview with the Wheel, Early reflected on his time at Emory, highlighting some of the most ambitious projects Emory undertook during his tenure.

Early pointed to the construction of the Health Sciences Research Building, which took place between 2010 and 2012, as one of his favorite projects because of the unique architectural design and state-of-the-art research facilities. He added the University is planning to build a second research facility for health sciences adjacent to the original, scheduled to open in 2021.

Early said the most innovative project he supervised was the construction of the WaterHub, an on-campus water recycling plant completed in 2015 located behind Sorority Village. The plant recycles about 400,000 gallons of wastewater per day, which is then used for campus utility purposes, such as toilet water and heating and cooling systems.

“It was the only one in North America — you wouldn’t be able to find this anywhere else,” Early said. “We probably get close to 100 visitors a month to the plant, and now many universities around the U.S. are in discussion about the same thing. We were the leaders on that.”

Most recently, Early oversaw the construction and architectural design of the Emory Student Center (ESC), which is the first Emory building to receive the Leadership in Energy and Environmental Design (LEED) Platinum certification. The certification is the most prestigious ranking under the LEED rating system, which indicates that the building received more than 80 out of 100 possible credit points that measure environmental sustainability.

In order to stay on the forefront of energy efficient and environmentally friendly building design, Early said he often attends national technology conferences where he networks with leaders in the field. Under Early’s management, the University worked with Atlanta-based design company Pattern r+d to create energy models for every building project on campus.

“I find every hurdle to be a challenge but enjoyable,” Early said. “We actually had to demolish and peel that building off of the AMUC and restore the front of the AMUC because it was going to be a stand-alone building. … It was enjoyable work with great contractors and great designers.”

Early said his decision to accept the position at KAUST was based on the university’s international presence and research.

Before joining Emory, Early held a similar position at Columbia University (N.Y.), which he said helped him adjust to working in higher education. He had spent the previous 20 years working in facilities management on military bases. However, he noted the similarities between maintaining a military base and college campus.

He noted the importance of having diligent employees tasked with maintaining day-to-day campus operations and facility upkeep. Early managed about 800 employees during his time at Emory.

“The University would not run today without the frontline employees within Campus Services. When I say frontline, it’s your custodians, it’s your maintenance workers, it’s your project managers, it’s your police officers, it’s your bus drivers, parking attendants,” Early said. “It’s all of them; they do all of the hard work everyday. They, in my opinion, are the lifeblood of Emory University.”

Early attributed his successful management of such a large department to the effective leaders working above and below him.

“Everytime you go to a new job, you wonder if you’re going to have as great people as you had before,” Early said. “I’m going to miss them a lot.” 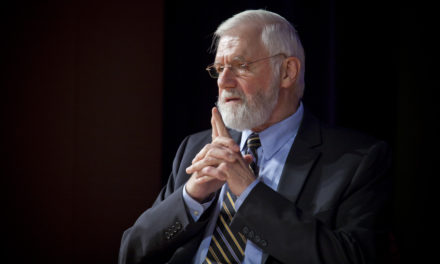 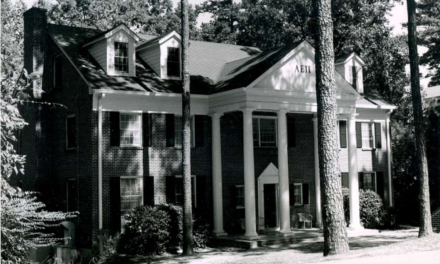 AEPi to Stay Another Year at 17 Eagle Row