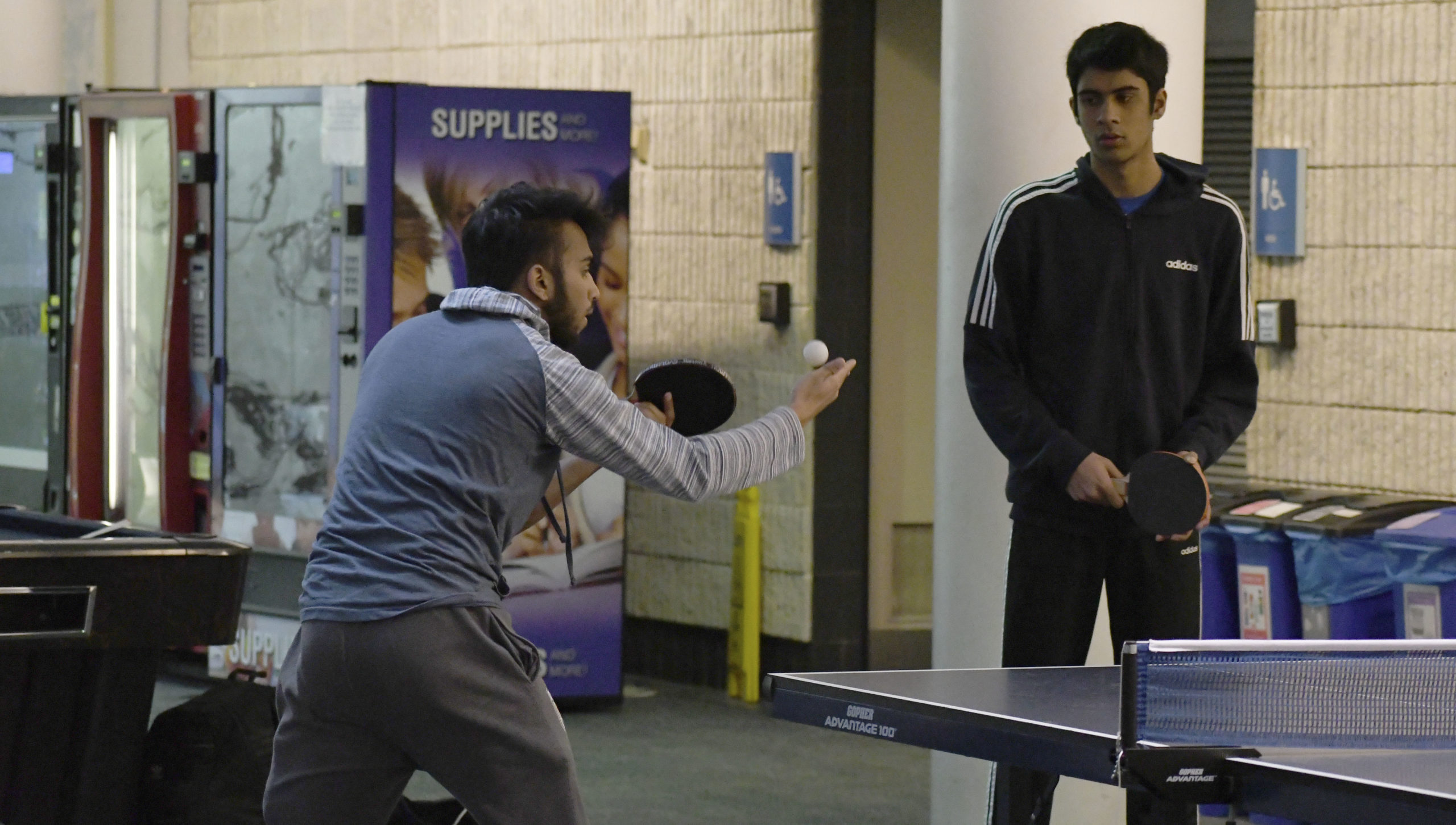 On a sunny Saturday afternoon, you can find many Emory students taking in the sun, hanging out on the quad or studying around campus. But for the Emory Table Tennis Club (TTC), this is the perfect time for a tournament.

On Feb. 15, the club hosted its second annual Valentine’s Day doubles tournament at the two tables on the first floor of the Woodruff Physical Education Center. While many of the participants were club members, there were also non-affiliated students who simply wanted to participate.

Austin Cherian (23C) and Sai Mummareddy (23C) competed as a team in the tournament. While neither are heavily involved with the club, they wanted to capitalize on the opportunity to play a competitive game of ping pong.

“We play a lot on the sides, so we wanted to test our skills and see how we fair up against these guys,” Cherian said. “It’s a great stress reliever.”

TTC hosted the same tournament last year, but it was only their second tournament ever as an organization. In January 2018, club president Samuel John (20C) started the club after noticing Emory’s lack of a table tennis organization. Since then, the club has expanded to roughly 30 dedicated members and over 200 affiliated members.

“Since we started the club, people at Emory are really interested in playing,” John said. “We have all skill levels, and we’re always looking for more people to join the group.”

While the organization does have a significant number of members, they are not officially recognized as a club sport by Emory Recreation and Wellness and the Club Sports Council, something John hopes to change in the near future. Currently, TTC has a “Not Recommended for Funding” (NRF) charter, which is decided by the College Council.

John applied for a “Recommended for Funding” (RF) charter and had the hearing on Feb. 10, but is still waiting for a response. By receiving an RF charter, John hopes the team can become more like the club table tennis team at the Georgia Institute of Technology.

“[The club team] has a lot of funding from Georgia Tech,” John said. “They have 10 tables, so our goal is to get to where they are and to play with them in the future.”

To achieve these goals, the team has begun weekly practices. Before, TTC met only through random pickup matches. John hopes that arranging more meetings and better organization will help them become a club sports team.

In addition to building Emory’s program, John is working to maintain a dialogue with Georgia Tech’s team so that the Emory club can train with a variety of players in more competitive settings. This past Halloween, a few Georgia Tech players came to Emory for the club’s Halloween Table Tennis Tournament.

With high hopes for the future of the club, John is constantly blown away by the mutual love of ping pong felt by several demographics of people on Emory’s campus.

“We’ve had the dean of Oxford [College], a few professors and the fencing coach come to tournaments,” John said. “It really surprised me; there’s a lot of people at Emory who love to play. It’s been great.”

Editor’s Note: Samuel John is a senior staff writer for the Wheel and was not involved in the writing or editing of this article.