Love and Death: A Couple’s Guide to Horror Movies 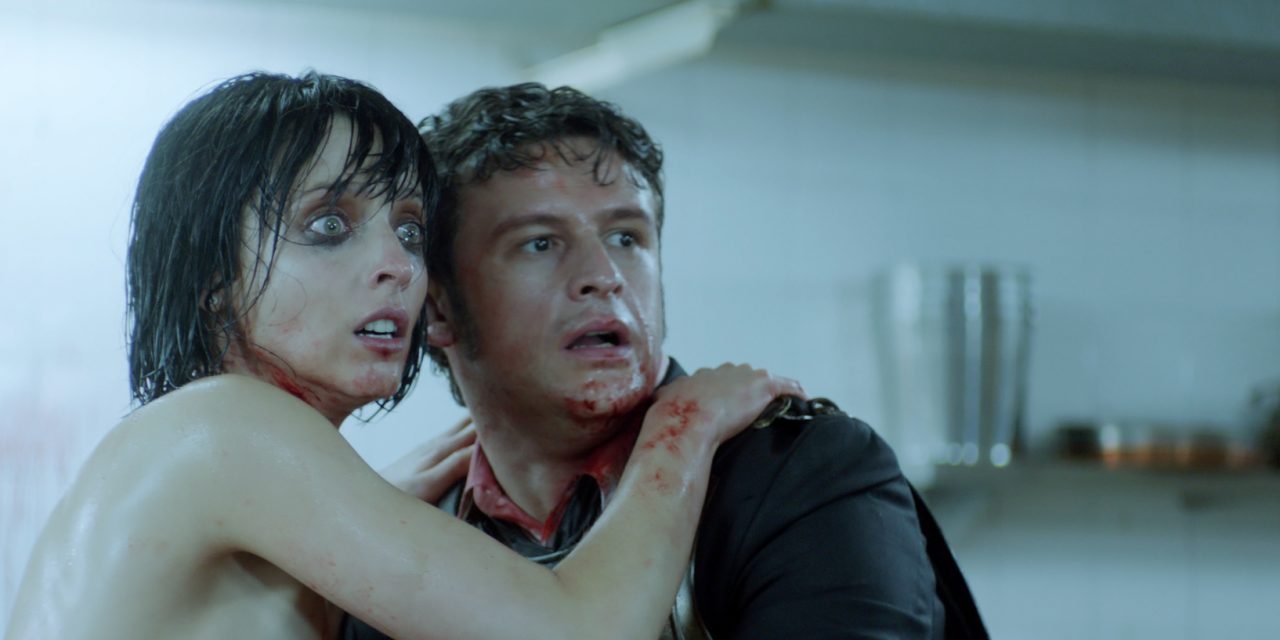 Valentine’s Day: a holiday designed to reward those in love. While meaningful gifts and romantic excursions are commonplace for the date, COVID-19 has limited those opportunities. Although possible to abide by these restrictions and have an equally memorable holiday, this year is the perfect time to try something different. Throw out your Blu-ray copies of “The Notebook” (2004) and “Love and Basketball” (2000) and spend this Valentine’s Day watching these horror movies.

Directed by George Mihalka, “My Bloody Valentine” takes place in the small Canadian town of Valentine Bluffs and follows a group of miners throwing a Valentine’s Day party. However, their disrespect and promiscuity reincarnate Harry Warden (Peter Cowper), a forgotten miner forced to eat his friends for survival after a mine explosion. Will the group survive Valentine’s Day or will they all receive a deadly visit from Harry and his pickaxe?

Not only is “My Bloody Valentine” a classic of the slasher genre, but it’s also an honest introduction to Canuxploitation films. The abundance of flannel and calming Canadian voices of the crew form a pleasant contrast with the violent antagonist. The film’s special effects, while leagues better than its competitors, are still laughable enough for an amusing viewing experience. Due to the small-town setting, the drama of the group sometimes takes precedent over the killings, such as the love triangle between Axel (Neil Affleck), T.J. (Paul Kelman) and Sarah (Lori Hallier). The drama and the twist ending make the viewer feel as if they’re watching an episode of “One Tree Hill” with a bit more gore. “My Bloody Valentine” is perfect for those who want to be invested in the lives of these characters and for those who want to focus more on each other, but still enjoy the film. However, if you want a second date, make sure you watch this movie and not 2009’s “My Bloody Valentine 3D” starring Jensen Ackles by mistake. 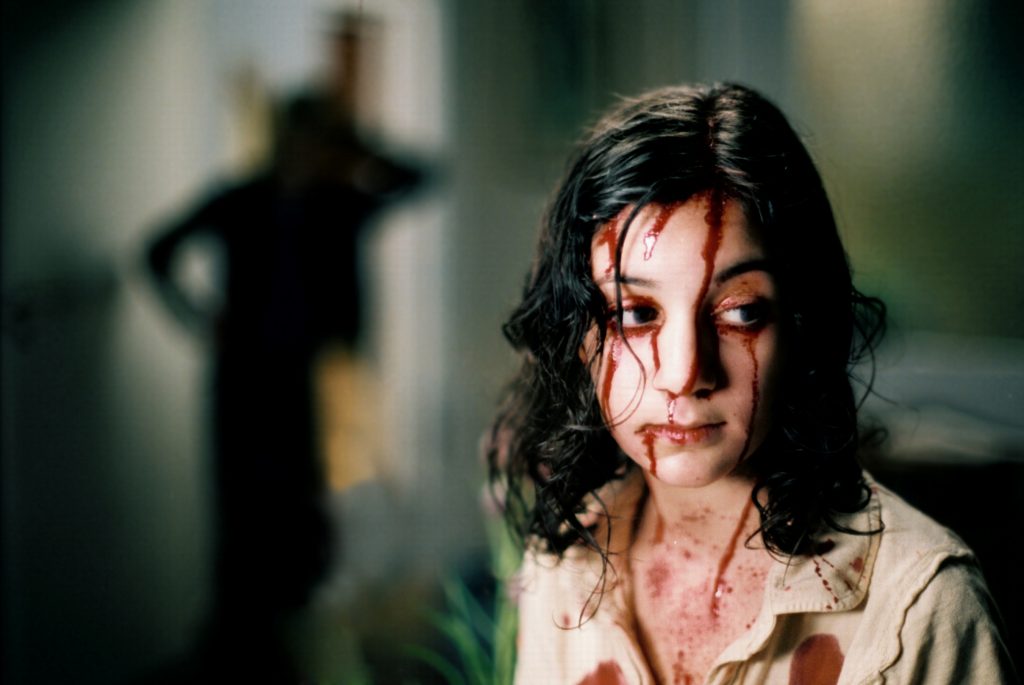 Eli (Lina Leandersson) covered in blood after attacking someone in ‘Let the Right One In.’ (Magnet Releasing)

This Swedish film follows a bullied child named Oskar (Kåre Hedebrant) who meets a new girl named Eli (Lina Leandersson). After finding out Eli is a vampire, Oskar connects with her as the two work together to tackle their individual traumas.

“Let the Right One In” is one of the best horror films to come out of the 2000s, due in large part to the fact that it doesn’t confine itself to that genre. Sure, it has elements that elicit fear from the viewer, such as the snowy setting, which contrasts with the deep, violent red of blood and its terrifying third act. However, the film could easily be considered a drama exploring youth, or an examination of loneliness. Where it truly succeeds though is in its ability to humanize a monster historically known for brutality. Classics such as “Dracula” (1931) portray the vampire (Bela Lugosi) as a lustful antagonist, rather than a loving one. While newer representations of vampires, such as those in “Twilight” (2008), offer a more sympathetic take on the character, they still possess lecherous tendencies. What differentiates the vampires of those films from that of “Let the Right One In” is the decision to make the “monster” a child. By making this a story about two kids, we not only get to view the film through a more juvenile outlook but also get to see the profound effects they have on one another as they’re forced to understand their own identity. Just as partners are forced to question each other’s identities, growing and learning from one another in a relationship, so must Oskar and Eli. “Let the Right One In” is analogous to the journey every couple must make to strengthen their love for one another.

In the third installment of the “REC” franchise, we follow Clara (Leticia Dolera) and Koldo (Diego Martin) on their wedding day. On this special day, however, zombies attack and the couple must escape from a heavily populated country house.

The original “REC” is known for its use of found footage; its sequel severely cuts down that meta stylistic choice, allowing director Paco Plaza to instill more life and love into his leading couple. The two are separated after the zombie attack and the film follows their journey to find one another, battling countless zombies and losing even more friends to hold each other one last time. Marriage is posited as the most powerful representation of one’s love, but after you see Clara battle a pack of zombies with a chainsaw, you wonder if your partner would do the same. Does the film have its fair share of gore and jump scares that are prevalent in modern zombie movies? Yes, but “REC 3: Genesis” isn’t just a zombie movie, it’s an example of the lengths lovers will go to see each other once again.

The couple (Willem Dafoe and Charlotte Gainsbourg) have sex at the base of a tree filled with bodies in ‘Antichrist.’ (Cannes Film Festival)

Directed by the infamous Lars von Trier, “Antichrist” follows two unnamed protagonists played by Charlotte Gainsbourg and Willem Dafoe, who, after the death of their child, go to a cabin in the woods to work through their psychological trauma. However, their relationship only worsens as their surroundings turn sinister, and the couple finds itself pitted against one another.

There are almost no occasions in which I would recommend a couple to watch a von Trier film unless their relationship is falling apart. From the sex-fueled narrative of “Nymphomaniac” (2013) to the egregious violence against women in “The House that Jack Built” (2018), von Trier’s films rarely touch upon healthy relationships. There’s no better example of this than “Antichrist.” The film sets the grim tone immediately with an explicit slow-motion sex scene cut together with a video of the couple’s child falling out a window. That’s only the start of the movie’s graphic content which includes, but is not limited to, genital mutilation, stillbirth and a hobbling scene that goes toe-to-toe with “Misery” (1990).

While its violence will make any viewer feel uneasy, the film’s representation of toxicity in marriage is why soon-to-be-divorced couples should check this out. Dafoe’s character exemplifies the controlling personality that men can possess, a fact evident through his decision to treat his wife’s trauma himself. Gainsbourg’s character, on the other hand, also holds these manipulative traits, along with murderous tendencies, and, while some may argue her shift to violence is the result of her husband’s actions, her deceitful intentions feel evident before the violence begins. “Antichrist” feels like a brutal fever dream and will make you call up a divorce lawyer after its 108-minute runtime.