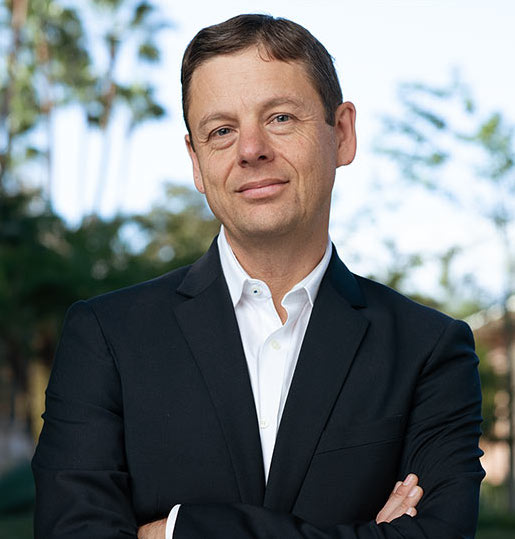 Emory University selected University of Southern California Marshall School of Business deputy dean Gareth James as the next dean of the Goizueta Business School, Provost and Executive Vice President for Academic Affairs, Ravi V. Bellamkonda announced in a Feb. 14 email to the Emory community. James will assume the position on July 1.

James will replace Interim Dean Karen Sedatole, who has held the position since May 30, 2020 after former Dean Erika James became the Dean of the Wharton School at the University of Pennsylvania.

Gareth James is named the new dean of the Goizueta Business School. Photo courtesy of the University of Southern California

“I know I speak for the entire Goizueta community when I say we couldn’t be more thrilled with the appointment of Gareth James as the next Dean of Goizueta Business School,” Sedatole said in a Feb. 14 email to the Wheel. “Professor James is a true scholar, but he is also a proven leader with the vision and energy to elevate Goizueta to be the distinctive leading business school that we all aspire for it to be.”

While at the Marshall School of Business, James led University of Southern California’s COVID-19 response as the interim dean from 2019-20 before he served as the deputy dean. Along with acting as deputy dean, he also served as the vice dean of faculty, the E. Morgan Stanley Chair in Business Administration and a professor of data sciences and operations.

James’ work, which primarily focuses on functional data analysis and high dimensional statistics, has been published in several books, journals and conference proceedings. His work has been cited around 20,000 times, according to the announcement, and he has won several prestigious awards, including the 2021 Provost’s Mentoring Award and the Evan C. Thompson Faculty Teaching and Learning Innovation Award.

He is also an elected Fellow of the American Statistical Association and the Institute of Mathematical Statistics.

James’ selection followed a search led by Dean Vikas P. Sukhatme of the School of Medicine. He was chosen from an “extraordinarily strong pool of candidates,” the email stated.

Per the announcement, James said the University and Goizueta have “impressive ambitions” and anticipates strengthening the business school’s standing.

“I’m looking forward to working with President Fenves, Provost Bellamkonda and our faculty, staff and students to transform that ambition into a reality,” James said. “I’m also excited to be at a school whose very name represents an important legacy for both Emory and the Atlanta region.”