University of Pennsylvania Professor of Law Amy Wax claimed not to have “ever seen a black student graduate in the top quarter of the class, and rarely, rarely in the top half,” in a September 2017 interview with Brown University (R.I.) Professor Glenn Loury. Despite Wax’s insensitivity, she argues that her comments came out of a sympathetic concern for minority students, as they arose during a discussion of how entering a highly competitive and predominantly white institution could be demoralizing for black students. However, her sympathy is couched in her distaste for popular black culture, which she blames for impeding students’ academic success. Wax’s argument speaks to a problem in conservative approaches to educational disparity, including opposition to affirmative action: the idea that minorities should accommodate themselves to existing institutions, instead of the other way around.

Theodore Ruger, dean of University of Pennsylvania Law School, wrote in a March 13 email to students that “[Wax’s] claims are false: black students have graduated in the top of the class.” Neither Wax nor Ruger released data to back their claims; Penn Law has a grading non-disclosure policy that Ruger said Wax had violated.

After Loury posted his interview with Wax online but before Ruger’s response, Emory Professor of English Mark Bauerlein interviewed Wax in February 2018 for “First Things,” a journal of religion and public life of which he is senior editor. Bauerlein complimented Wax’s “fearless approach to the realities that really matter,” which he said was “something that we desperately need in this new age of conformity.” When I reached out to Bauerlein for comment on March 17, he stood by both his own remarks and Wax’s.

He argued that one of few publicly available statistics, Penn Law’s Law School Admission Test (LSAT) results, suggests black student underperformance with a “high predictive validity,” since students of color rarely achieve the school’s median score of 169. Bauerlein reasoned that this forces the university to enroll students of color that are under-qualified in order to maintain its affirmative action policies.

However, Bauerlein’s arguments are complicated by a 2016 Colorado Law School study showed that the LSAT is less predictive of enrolled law students’ academic success than previously believed. The study’s authors, Alexia Marks and Scott Moss, found that a six-point difference in LSAT scores only predicted a 0.1 difference in law school grade point averages (LGPA). The study also showed the LSAT mostly predicted future success on other written tests. Most law schools place an emphasis on testing in the first year, but that approach fades over the course of the next two; therefore, the LSAT is a far better indicator of first-year, not cumulative, LGPA.

But LSAT scores themselves point to racial disparity, as white test-takers scored eight points higher than their black peers in 2013-14 according to the Law School Admission Council that administers the exam. After finding similar trends in law school performance outside of the LSAT, Marks and Moss argue that these patterns then “cannot be entirely the result of members of racial minorities being ‘mismatched’ to their schools due to affirmative action helping them gain admission with lesser credentials,” an argument to which both Bauerlein and Wax have frequently alluded. Instead, there are deeper structural issues at play. The research study discusses both implicit racism in non-anonymous grading processes and stereotype threat, a phenomenon in which a test-taker fears conforming to the stereotypes that surround them, as potential sources of outcome differences. Even Marks and Moss concede, however, that the issue is so complex that these points cannot totally explain their results.

Though Wax and Bauerlein are correct to point out racial disparities in law school academic performance, they incorrectly interpret its cause. Wax cites problems within popular black culture as an explanation, but she ignores how structural issues affect cultural production. For example, one value Wax told Bauerlein she wished to see more of was rectitude, which she defined as the tendency to follow the law. Perhaps inculcating that value would be easier if the law didn’t have a history of mistreating minorities.

So while the data supports the existence of racial disparities in law school performance, there is no publicly accessible data to back Wax’s claim that blacks rarely graduated in a class’ top half at Penn Law because of their grading non-disclosure policy. In fact, existing data opposes the mismatch argument advanced by both Wax and Bauerlein, as disparity does not disappear when minorities attend less competitive schools. The clear implication of “mismatch theory” is rolling back affirmative action; its logical end is more minority enrollment at less competitive “matches” and fewer at America’s leading law schools. However, this would do little to ameliorate performative differences while only minimizing affirmative action’s benefits. Even if unintentional, “mismatch theory” can appear as a reactionary attempt to push minority students back out of traditionally inaccessible post-secondary institutions.

On affirmative action, Bauerlein argues “good intentions are one thing; [the] persistent failure [of affirmative action] to close racial achievement gaps is another.” But the answer isn’t rolling back imperfect, positive changes; it’s addressing systemic racism at its root, especially through educational reforms.

Isaiah Sirois is a College sophomore from Nashua, N.H. 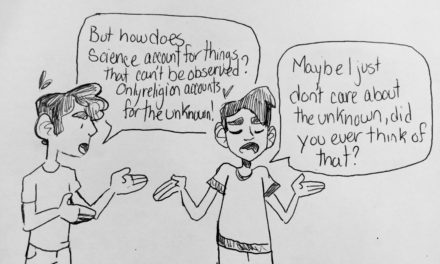 Scientific Atheism Has Its Pitfalls 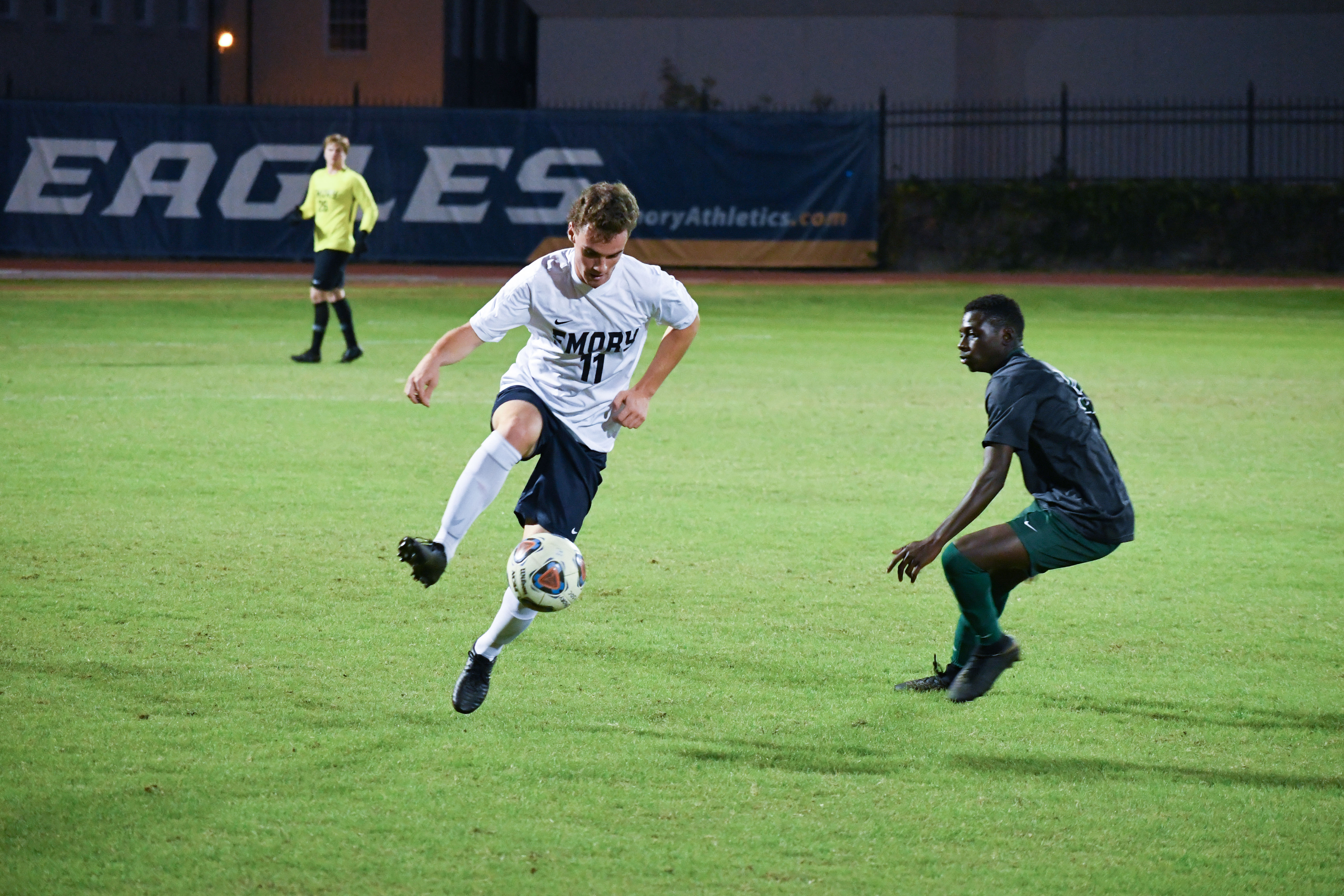