We have the power to forge a righteous future for our country and recent events have made that clear. Police forces are being defunded in Los Angeles, New York City and Minneapolis. Additionally, local officials plan to eventually dismantle the Minneapolis Police Department entirely; even Congress is taking action to reform the police nationally. These steps toward justice for the murders of George Floyd, Breonna Taylor, Ahmaud Arbery and so many others are small victories in the larger, ongoing battle for a more impartial justice system. However, that fight encompasses more than police brutality and if we desire sustainable change, we must grow more knowledgeable and organized, keep up the pressure on our elected officials and educate those ignorant of the flaws prevalent in our justice system.

For decades, the United States has claimed to be the “Capital of the Free World.” The fact remains, however, that the U.S. holds almost 5% of the world’s population, yet about 20% of the world’s prison population. This is unacceptable. Since 1970, the U.S. prison population has risen by nearly 700%. This is unacceptable. “Tough on crime” campaigns and prison building programs encouraged by federal subsidies have supplemented the prison crowding epidemic. This overcrowding is an economic burden. This is unacceptable. Racial disparities at every level of the U.S. justice system have promoted an environment in which Black people have become the targets of civil and literal extermination. The word “unacceptable” is beyond inadequate; it could never adequately describe the 243-year affliction that is institutionalized racism in the U.S.

A just criminal justice system is one of the most important tools available to any society. To qualify as just, such an institution must demonstrate impartiality toward all racial and socioeconomic groups while balancing punishment and rehabilitation. To this end, a just system should have a series of measures that combat racism, classism and recidivism (the tendency of ex-convicts to reoffend), all of which fuel mass incarceration in the U.S. The current justice system punishes those with criminal records long after they have paid their debts to society — this approach is counterproductive by both moral and economic standards.

Ex-convicts face discriminatory practices inherently enabled by our current justice system. Popular belief is that after an individual commits a crime and does their time, the punishment is over, but the reality is much harsher. According to Katheryn Russell-Brown and Angela J. Davis’ “Criminal Law,” former convicts are rendered ineligible for welfare, student loans, public housing, and food stamps. In 21 states, formerly incarcerated individuals lose their right to vote. These restrictions constitute lifelong barriers to rehabilitation and cause most people to end up back behind bars. In 2005, 68% of state prisoners released were arrested again within the next three years, 83% within nine years.

Black and Hispanic people disproportionately suffer from this cruel reality. A 2020 study of traffic stops between 2011 and 2018 found that Black and Hispanic drivers were, on average, much more likely to be pulled over during traffic stops than white people. Further, those drivers were more likely to be searched after being pulled over. This correlation suggests racial profiling plays a significant role in our justice system. The victims of profiling are more likely to be arrested, sent to jail or prison, and are subsequently forced into a vicious cycle of recidivism. However, this disproportionality is much more than a statistical quirk. As more Black and Hispanic individuals are incarcerated, fewer are able to vote. If we are not able to vote, our children will be less likely to vote as well. Racist criminal justice policies threaten to destroy Black and Hispanic communities in the present and ensure they remain politically weak in the future.

The scope of judicial inequality explains why there are so many solutions being proposed to secure a more impartial justice system. We must demand the prioritization of convict rehabilitation. Doing so could redefine our prison system’s mission by helping ex-convicts avoid reincarceration through safe, truly voluntary in-prison jobs, skill training, educational programs and parole reform, among other strategies. We should also work to strengthen the existing social safety net for ex-convicts. The justice system should work alongside different agencies to ensure former criminals are able to receive an education, find a place to live and a job to receive legal income. The recent buzzwords, “police abolition,” have been popularized by Campaign Zero’s #8CantWait project. It entails the defunding and abolition of police departments. Following the steps outlined by #8CantWait, we could implement a system like community policing, in which officers are recruited from and specially trained to work within communities to develop compassionate relations with inhabitants and the area.

After their release from prison, many ex-convicts endure a cycle of poverty and discrimination that, all too often, enables their eventual reincarceration. Structural flaws in our justice system have allowed racism and classism — the would-be ghosts of America’s depraved past — to haunt our country’s modern pursuit for social justice and equality. Our goal as a nation should be to help end systemic racial injustices and assist victims of the prejudicial justice system. We must pressure our elected officials and demand they assist us in changing our justice system. Reforms proposed to combat police violence are receiving attention, but we cannot stop there. Prison reform still demands our attention. Members of our communities are still in need of our help to end their prolonged victimization at the hands of the current justice system. The definition of justice is dictated by the people. It is time we step up to the challenge of doing so. 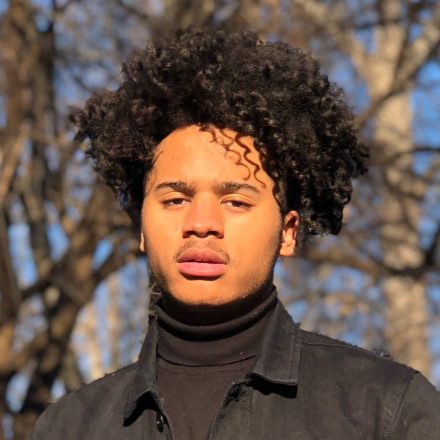 Peter Nicholas Cooke (23C) is from Atlanta, Georgia. He plans to major in political science and minor in sociology. Peter is interested in social reform and is involved with Emory’s SPEAR and 4 Justice organizations.