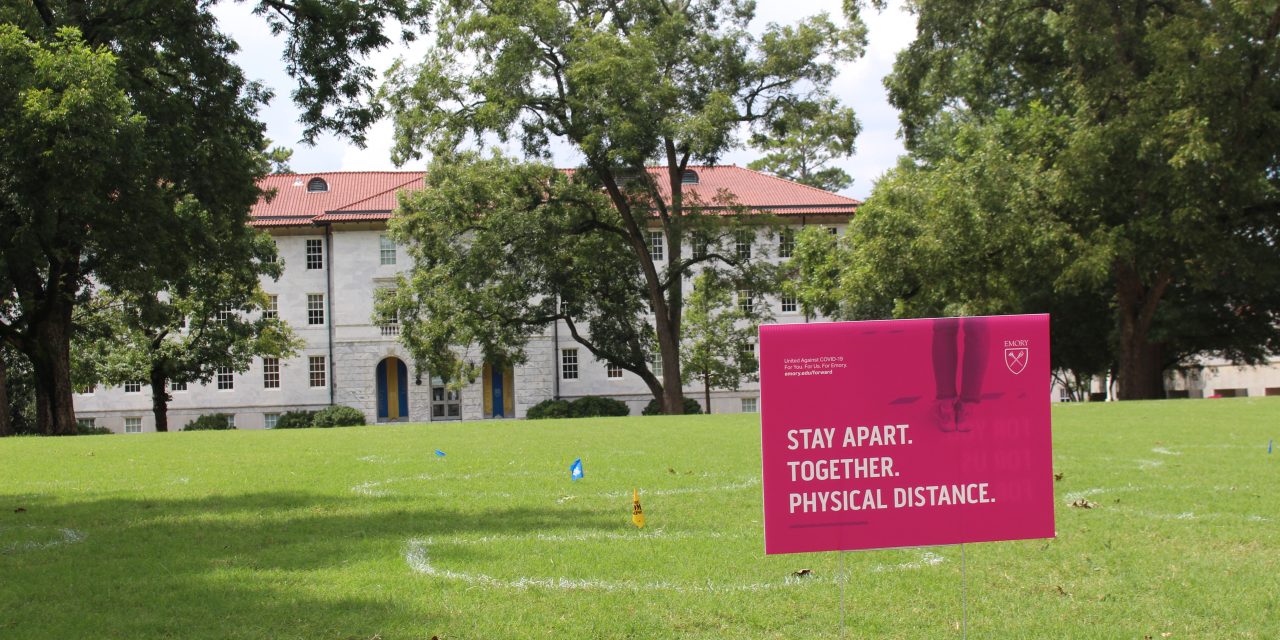 Students who fail to schedule a test for a particular week will have their Wi-Fi access to some websites restricted, according to executive director of Emory Student Health Services Sharon Rabinovitz.

This restriction, which takes effect on Wednesdays if a test has not yet been scheduled for a given week, would include “entertainment sites” such as Netflix or Hulu, but not websites such as Canvas or YouTube that students may need for classes, according to Rabinovitz and Amir St. Clair, associate vice president and executive director of COVID-19 response and recovery.

“We’re not trying to impede your ability to log on to your Emory services and be able to access things you need for your classes or for registration,” St. Clair explained. “It’s not impacting your academic progress, it’s meant to really impact your conveniences, and make sure we want to get you back into compliance.”

The consequences for failing to schedule a test over multiple weeks have not been fully outlined, Rabinovitz said, but they may include “parent involvement, building access loss and then the ultimate, which we hope nobody will get to, is housing privileges lost.”

Oxford students received an email on Feb. 3 informing them that a COVID-19 test of wastewater, called an effluent test, was positive.

According to the email, Haygood Hall, the Jolley Residential Center and Fleming Hall were affected. Students who had spent time in those buildings and who had not received a COVID-19 test since Feb. 2 were asked to take another test within the next day.

“With the saliva testing weekly, and now effluent testing, it just reinforces, to make sure that we’re capturing everyone who might be in that residence hall,” Rabinovitz said.

“Because compliance has been so good this past week, it really did help the process to make sure that testing was done very much in real-time and consistently  in the assessment of those effluent test results,” Rabinovitz added.

As planned, Emory relaxed its restrictions on student gatherings on Feb. 8, with the gathering risk meter further in the orange zone. Emory reopened recreation centers and will allow indoor gatherings of up to 10 students “with a faculty or staff member present,” according to a Feb. 8 student-wide email.

Unlike the rapid antigen nasal swab that was previously used, the saliva-based test takes 24-48 hours to yield results. According to St. Clair, the average time for a test result to return is under 36 hours.

“We’re still doing part of our testing outside of Emory. Over the next few weeks, we anticipate bringing all of that testing in-house. That’s really important, because it’ll bring that turnaround time down even more,” St. Clair said.

St. Clair acknowledged that there have been some cases in which results took longer than 48 hours to process. He explained this could happen for several reasons.

“A good example is somebody might not have spit into that tube the right way, and therefore it delays our ability to get the right results,” St. Clair said. “Sometimes, since we use an external lab, if they have any delays on their side, that might impede our results.”

Rabinovitz and St. Clair stressed the importance of other mitigation strategies, such as avoiding gatherings, wearing masks, social distancing and hand washing.

Cases decline by 6 from last week