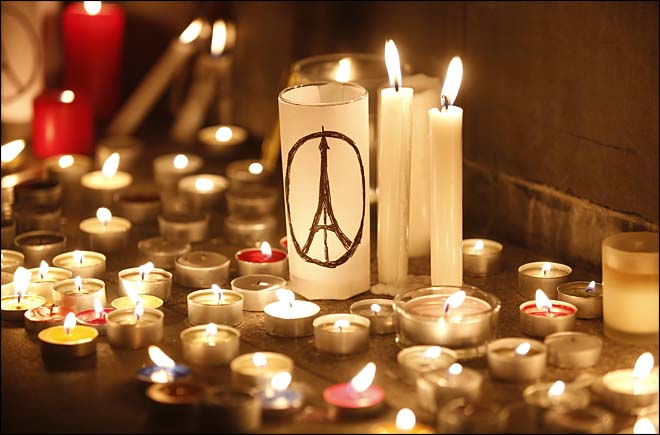 PARIS — As a group of coordinated terrorist attacks struck parts of northern and central Paris and a stadium just north of the city, Emory students studying in the French capital took to social media on Friday night to assure their loved ones of their safety. By early Saturday morning (Paris time), the Wheel confirmed that all 14 Emory students studying abroad in the city were safe.

French President Francois Hollande labeled the attacks an act of terrorism by militant extremist group ISIS and declared a nationwide state of emergency, the New York Times reported. As of Nov. 14, the death toll has increased to 129 and the number wounded is now at 352.

Administrators and faculty for Paris study abroad programs involving Emory students — the College’s Sciences Po and EDUCO Paris programs, as well as the Goizueta Business School’s programs — scrambled to confirm the students’ safety via email, while a separate University notification system did the same for students registered with a travel advisory service available to Emory’s students abroad.

While all students from Georgia State University, the Georgia Institute of Technology, the University of Georgia and other Georgia schools who are studying in Paris are safe, the Atlanta Journal-Constitution reported, one American student from the California State University at Long Beach was among the victims on Friday night, according to a CSULB press release.

Around the start of the attacks at 10 p.m., Zhilin Zheng, an Emory College junior studying in Paris for the EDUCO program, returned to her homestay — west from the attacks that occurred in the 3rd , 10th  and 11th arrondissement.

“My house brother was with his friends at the house and ensured me that I was safe and to not worry, but I didn’t feel in danger at all,” Zheng said, adding that she immediately got in touch with her parents but was a bit delayed in announcing her safety on social media.

Zheng, like other Emory students in the EDUCO program — which includes Emory, Duke, Cornell and Tulane University — received her first Emory notification from a Center for International Programs Aboard (CIPA) administrator at 1:02 p.m. (Paris time) Meanwhile, Duke University students received notifications around 11:30 p.m., Cornell students around 12:30 a.m. and Tulane students at 1:38 a.m., according to emails forwarded to the Wheel by students from the respective schools.

College junior and EDUCO student Ahd Niazy, who was with several Duke students also studying in Paris as part of the EDUCO program, said she was “shocked” that Duke notified her friends and asked them to confirm that they were safe an hour and a half before any Emory source inquired about her safety.

Students registered with the travel advisory service International SOS, or ISOS, a service that Emory contracts for its students abroad, received an Emory Office of Critical Event Preparedness and Response (CEPAR) email requesting confirmation of their safety. On Saturday evening, all Emory students, regardless of whether they were registered with ISOS, received a CEPAR email urging them to register with the travel advisory service, register with a U.S. Department of State traveler safety service and continue to confirm their safety to family members back home. The CEPAR service has been used for several other recent crises abroad, notably the 2011 earthquake and tsunami in Japan, according to CEPAR Executive Director Alexander Isakov.

“When these events occur, Emory’s Office of Critical Event Preparedness and Response works with partners across the university to compile a comprehensive list of Emory travelers in the area of concern, ascertaining their well-being, and providing assistance as needed,” Isakov wrote in a statement to the Wheel. He added that, for the students not registered with ISOS, “CEPAR communicates with representatives across the university to help ensure that everyone is accounted for.”

Still, some students were surprised by the time disparity between alerts from their American universities.

One Duke student who applied through Emory received her first emails from Duke just after 11:30 p.m. — but, like the Emory students in Paris, did not receive any emails from Emory requesting confirmation of her safety until 1:02 a.m.

The CIPA administrator who notified EDUCO students prior to CEPAR wished not to be identified, as they were not authorized to speak to press during a crisis.

Though seven perpetrators were killed Friday night, according to the New York Times, authorities are searching for an eighth perpetrator. The city remained quiet on Saturday and Sunday, save for the sound of frequent police and ambulance sirens, with schools, shops, libraries and museums closed and a heightened police and military presence in the streets. According to notifications from the ISOS service, a three-day mourning period has been declared and public gatherings are banned in the city until November 19.

Correction (11/15 at 1:13 p.m.): Paragraphs ten, eleven and fourteen were updated to include CEPAR’s response to the time disparities. The last paragraph was also updated. The article stated that eight perpetrators were killed, but seven were killed and authorities are searching for the eighth.

Update: The following letter was sent to the Wheel on behalf of the Office of International and Summer Programs on Monday, Dec. 7.

In response to the article “University Responds to Paris Terror Attacks,” published on November 15 in the Emory Wheel, the Center for International Programs Abroad (CIPA) in the College’s Office of International and Summer Programs (OISP) would like to provide some clarification about the University’s response to the tragic events that unfolded in Paris on Friday, November 13.

Emory operates a study abroad center in Paris in consortium with Duke, Cornell and Tulane Universities known as EDUCO. We employ 3 full-time professional staff members at the EDUCO center who work to guide and ensure the academic experience of our students but whose primarily responsibility is the safety and health of all the consortium’s study abroad students in Paris.

As soon as they became aware of the attacks, EDUCO staff on the ground in Paris immediately reached out to all the participants on the program via email and phone to assess their whereabouts and safety. The EDUCO staff members are experienced professionals with decades of experience working with study abroad students in Paris. They have established emergency protocols and communication plans with the students that provided immediate communication with the program participants and produced quick and effective results in assessing students’ whereabouts and their security.

Emory employs local staff in Paris specifically so that there are professionals in place who are able to assess and address student concerns with immediacy and urgency. The director of EDUCO reported to Emory by 7:50 PM EST on Friday, November 13 (1:50 AM, Paris time, Saturday, November 14) that all students on the program were safe and accounted for. The director provided students with the phone numbers (home, cell) and email contacts for all staff members and invited the students to contact them at any time.

In Atlanta, as soon as they were made aware of the events occurring in Paris, Emory Study Abroad (CIPA) staff also immediately reached out to all Emory students on the program (including 3 visiting students from other universities) to verify their safety and to ask them to check in first with their parents and then to check in with EDUCO. Via direct communication with the students and from the confirmations provided by the EDUCO staff, Emory campus staff members were also able to confirm the safety and security of all Emory student abroad students in Paris by 7:50 PM EST on Friday, November 13 (1:50 AM, Paris time, Saturday, November 14).

During the following hours, Study Abroad campus staff reached out to the parents of the students on the program, the study abroad offices of the visiting students, as well as all Emory college students participating in semester programs in and around Europe with informed guidance about the developments in Paris and on the program.

Additionally, from the onset of the events in Paris and throughout the weekend, Study Abroad staff maintained communication with senior University officials and CEPAR to provide information about students in Paris and updates about the developments at EDUCO.

Study Abroad staff members also discovered that several Emory students who are studying on programs in other parts of Europe were visiting Paris during the weekend. Once these students were identified, Emory staff at the EDUCO center reached out to them as well to assess their safety and to see if they needed any assistance.

Throughout the weekend, both EDUCO staff and Emory campus Study Abroad staff provided updates to students and to parents regarding the situation in Paris and how the program would proceed in the wake of the attacks.

The CIPA staff in Atlanta and the EDUCO team in Paris consistently followed best practices and standards related to crisis management throughout the weekend and they will continue to use these practices as the situation in Paris evolves over the next few weeks. The primary concern of everyone involved in Study Abroad at Emory is and will continue to be the safety and wellbeing of Emory students.

Emory College of Arts and Sciences