The Emory 2012 Annual Report, an overview of last year’s accomplishments, this year’s goals and challenges in reaching those goals, is available for the first time in an online responsive design format, which is intended to enhance viewer experience and increase readership.

Responsive design – a layout feature that allows the web page content to respond to the device being used – makes the report more widely available on mobile devices, according to Jan Gleason, executive director of University Marketing. The format of the report adjusts to the screen size of a device, allowing for a more user-friendly experience on smart phones, iPads and laptops. The report also features videos with faculty and staff from around the University.

“One out of every 10 visits to Emory’s website is by people using mobile devices,” Gleason said. “From a marketing perspective, appealing to the mobile world is a key part of making information common knowledge.”

Susan Carini, executive director of the Emory Creative Group, proposed presenting the report in the responsive design format, Gleason said. She also said that people are increasingly using mobile devices when visiting Emory’s website and there was a desire to be able to present the report on multiple types of mobile devices.

The report discusses multiple ways to build off of Emory’s success and make the University stronger.

A key part of the report outlines nine priorities for moving Emory forward, said Gary Hauk, vice president and deputy to the president.

“From my perspective, faculty engagement and enhancing the student experience are two of the most important factors when focusing on the year ahead,” he stated.

“As an institution and community, Emory continues to enjoy a youthful sense that there is more for us to become in the service of society,” University President James W. Wagner wrote in an email to the Wheel. “I find it exciting.”

Wagner noted that one lesson from 2012 is the great opportunity Emory has to engage all of its constituencies in the pursuit of our common vision.

“Engaging our community, beginning with faculty ownership, responsibility and shared governance, is a priority identified for the coming year,” he wrote.

In addition to addressing priorities for moving forward, the report also shows challenges the University faces, including financial stresses.

“The fact is that the traditional revenue sources for research universities like Emory are stressed – tuition, research, investments, philanthropy and patient care reimbursement. The key for Emory as we consider developing new sources is to remain true to our mission – to create, preserve, teach and apply knowledge in the service of humanity – and to resist the temptation merely to chase revenue at the risk of compromising our values,” Wagner wrote.

The report states that innovation will be key in finding new revenue streams and defining the University’s vision.

“Emory is both striving for excellence and distinction while not shying away from facing its challenges squarely,” he wrote.

Each year, the content of the report is based on the text from the President’s State of the University Address, usually given in September, Hauk said. During the spring, the president gathers information for the address based on conversations with cabinet members and developments in the media with respect to achievements and highlights of the year.

The financial activities cover the fiscal year Sept. 1 through Aug. 31 and are audited before arriving at the Creative Group in December. The Creative Group receives the President’s content in early November, Hauk continued.

The content of the report went to the Creative Group to complete the visual design, and the Emory Photo Group worked to make the videos accessible in the mobile environment.

Gleason leads the promotion plan of the report and utilizes channels such as emails to alum and social media to reach out to the Emory community.

Wagner stated that he likes the new format and hopes that those who access the report electronically will have an even better and more informative experience than the written report alone can provide. 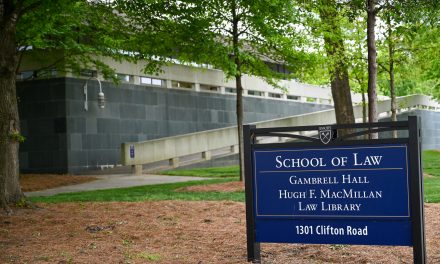 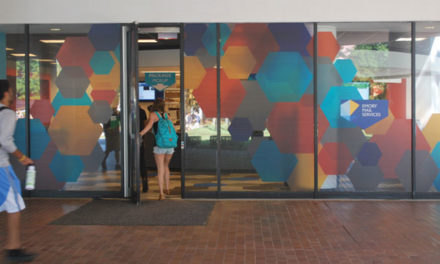 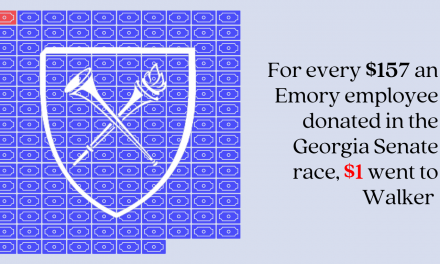