Imagine this scenario: Emory University President Gregory L. Fenves resigns, and instead of the Presidential Selection Committee appointing a new president, U.S. President Joe Biden does so without consulting anyone. Undemocratic, right? However, this is exactly what happened at Boğaziçi University, one of Istanbul’s most prestigious universities, this past January. President of Turkey Recep Tayyip Erdoğan appointed Melih Bulu to head Boğaziçi University, which has since resulted in weeks of student-led protests.

Bulu, the newly appointed rector, has ties with Erdoğan’s ruling conservative Justice and Development Party, known as the AK Party, and even unsuccessfully ran as an AK Party candidate for the Grand National Assembly of Turkey, the Turkish parliament, in 2015. The students and faculty of Boğaziçi University disapproved of the appointment, stating that Bulu’s appointment is an attack on academic freedom and that it breaches the principle of academic independence; a university’s president should not represent a political party but rather the entire diverse student and faculty body. In a press briefing, the school faculty emphasized the importance of academic independence, stating, “Determining the school administrators with democratic methods in accordance with merit criteria is essential for both scientific scholarly production and the quality of education.” Bulu, the first university president to be chosen externally since the military coup of 1980, has scant published work and faces allegations that his doctoral thesis may have been plagiarized as well.

As daily protests continue on campus, police have started to intervene. What began as peaceful protests have since turned into police brutality, leading to the arrest of four students and the detention of about 600 citizens as of Feb. 26. Erdoğan has also condemned the protests, calling students and faculty members “terrorists.” 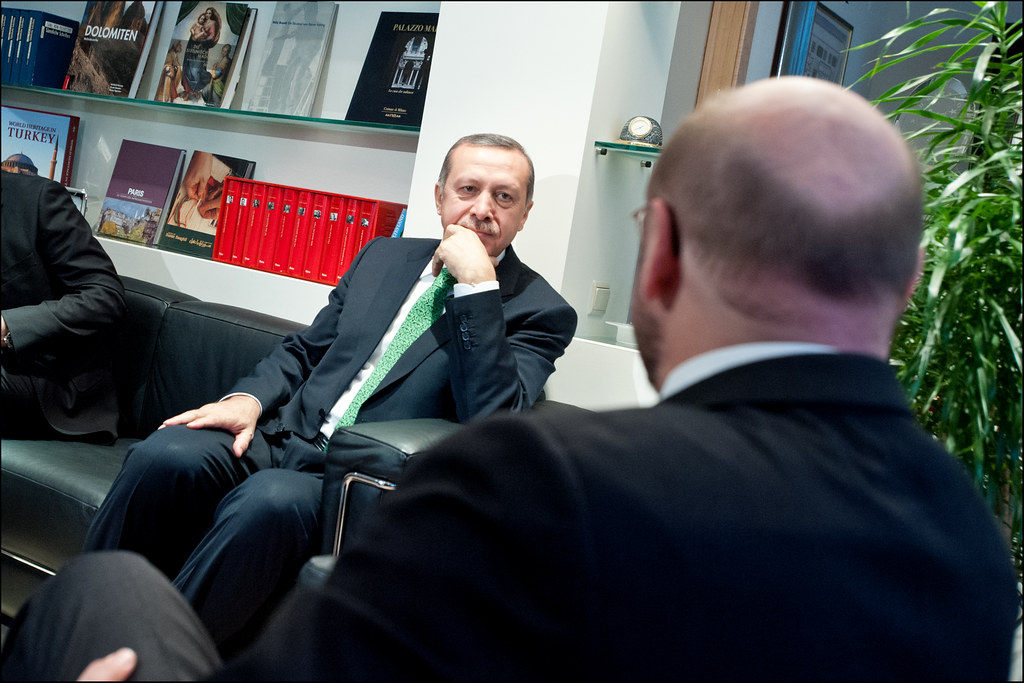 The protests display the critical importance of protecting individual liberties and ensuring that politics don’t interfere with education, a reality present in the U.S.  Many American universities have special councils to elect and choose their presidents, often gathering feedback and input from their community. While there is a trend of selecting politicians, especially former ones, as university presidents in the U.S., it is still rare for American universities to have presidents with political ties. One would surely find it outrageous to read the headline “President Biden Selects Emory’s New President,” but this is the grim reality for Boğaziçi University.

This is not the first time the ruling party of Turkey has mixed politics with something they shouldn’t, and education especially must be kept away from politicization so that it remains welcoming to all students and allows the creation of a free learning atmosphere. In the next few days, the students of Boğaziçi University will continue protesting — whether the demonstration ends with Bulu resigning or staying in office is unpredictable as of right now.

Regardless of the outcome, the protests matter and must continue in order to show there are people who will not stand being academically oppressed and who will not accept undemocratic choices the government makes. These protests give us hope that people in Turkey are willing to fight for democratic ideals and protect educational institutions from politicization.

As students of an American university, we should be aware of how people in other countries are fighting to democratically elect their own university president. Even though this is the norm in the U.S., we should never take this fact for granted. The next time the Emory administration asks for our opinions about who should serve as University president, we should actively exercise the right we have and voice our opinions. It is vital for us to cherish the right that students in other countries are fighting to have in the first place.

We can help students in Turkey by sharing their stories on social media and amplifying their voices to reach wider audiences, which can in turn bring more of the ruling party’s attention to the current issue. By sharing their stories, we can also inspire students from other countries that are experiencing the same burden to take action. Overall, students are the primary actors that can work toward having democratic academic institutions, and we should strive to make our campuses as democratic as possible.

Kardelen Ergul (24C) is from Istanbul.

Kardelen Ergul (24C) is from Istanbul, Turkey, majoring in Political Science and Economics. She is a member of the EIRA and spends most of her life going to MUN conferences. In her free time, you can find her reading U.S. presidents' inauguration addresses over and over again for her research.