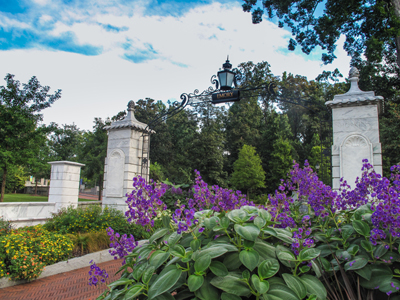 The University Senate approved a new policy on open expression that includes the creation of a Committee for Open Expression at its Oct. 29 meeting.

The new policy and committee will serve to better articulate standards for expressions of dissent, according to Matt Garrett, director of the Office of Student Leadership and Service and a member of the task force that rewrote the policy.

According to Garrett, the policy has created two new groups within the Emory community to handle dissent: the Committee for Open Expression and Open Expression Observers.

According to the Respect for Open Expression Policy, the committee will consist of 13 members, including four faculty members, three staff members, one representative from the Division of Campus Life and five student members. Of the five student members, two must be Emory undergraduates, two graduates or professional students and one from any academic division at Emory not already represented.

The Open Expression Observers will be a pool of 20 individuals who would attend events of protest and dissent and assist with protecting the rights of the meeting or protest participants in non-disruptive ways, according to the Open Expression website.

This group will help address potential limitations that involve health and safety standards during instances of protest and dissent, Garrett said.

The policy change and committee formation make up the second stage of recommendations of the 2011 Task Force on Dissent, Protest and Community Report, which aimed “to lay the foundations for, and to initiate, dialogue and education about the fundamental commitments of the Emory University community to dissent and protest,” such as how to foster and respect dissent activities, according to the report.

The 2011 Task Force was assembled at the request of University President James W. Wagner after the April 2011 arrests of seven members of Students and Workers in Solidarity, a group that protested the alleged mistreatment of Sodexo workers on campus, on the Emory Quadrangle. After five days of protesting and camping out in tents on the Quad, the students – some of whom were students from other Georgia institutions – refused to vacate the area and were arrested for trespassing.

Garrett added that the committee can also serve as a body that makes recommendations to change policy and advocate for those who feel their open expression rights have been violated.

“The new policy and process calls for us to take an affirmative commitment to still support that protest,” Garrett said. “So instead of trying to figure out ways to shut down that protest, we want to find ways to help them continue with the spirit of the protest with both the goals they have and the limitations of the policy.”

Garrett said instances such as the 2011 arrests should not happen in the future.

“[The policy] takes what was a very restrictive, limiting policy and turns it on its head,” Garrett said. “It now requires the University to take an affirmative commitment to supporting dissent and protest when it exists.”

Garrett said he is excited to see changes to the policy and its implementation in the future.

“This is all designed to be much more transparent than processes in the past,” he said. “The University recognizes dissent and protest may take a variety of forms to help further the educational mission of the institution.”

University Senate President Deb Houry wrote in an email to the Wheel that the policy “reaffirms Emory’s unwavering commitment to a community that inspires and supports courageous inquiry through open expression, dissent and protest, while acknowledging the challenges of the creative tensions associated with courageous inquiry in an ever changing community.”

College senior and Student Government Association (SGA) President Raj Patel wrote in an email to the Wheel that he fully supports the new committee, and he is confident in its benefits to the Emory community.

“SGA is committed to free and open dialogue among all members of the University community,” Patel said. “The Committee for Open Expression supports this goal by ensuring that students are not afraid to speak up and that they cannot be arbitrarily denied a space on campus to express themselves.”

Houry wrote she is optimistic that the policy and committee will have long-standing benefits. 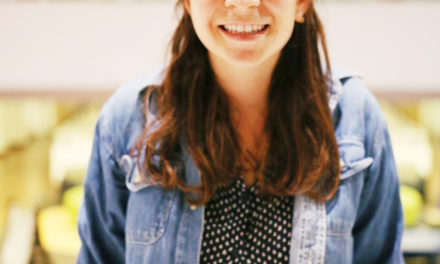