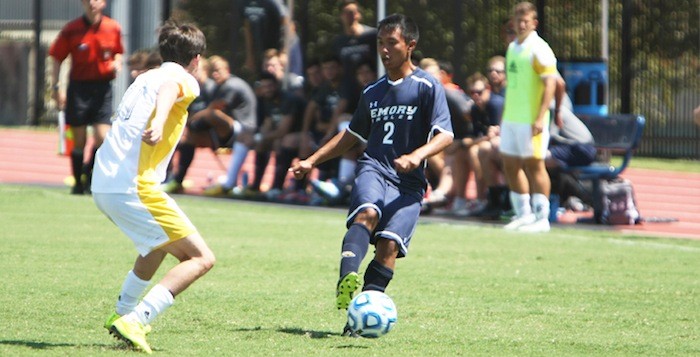 Junior defender Derek Chan cuts past a University of Chicago (IIL) defender. That game brought the Eagles’ 11-game win streak to an end this past Saturday. / Photo courtesy of Emory Athletics

The men’s soccer team lost their first game of the season on Saturday, dropping a 1-0 decision to University Athletic Association (UAA) rival University of Chicago (Ill.). The loss snapped the Eagles’ 11-game winning streak, the second longest in school history, and their standings fell to 11-1-1 on the year.

The game started with multiple shots from each team. Although many shots were wide, Emory senior goalkeeper Abe Hannigan and Chicago freshman goalkeeper Hill Bonin protected their respective goals valiantly from scoring possibilities.

Emory continued the first half with two more shots on goal by sophomore Christian Meyer and junior Benjamin Murray, both saved by Chicago’s Bonin. The Maroons outshot the Eagles 8-4 in the half.

“Chicago came out fired up and scored a great goal,” Murray said. “We had our opportunities but didn’t convert.”

Emory was more aggressive in the second half, with eight shots on goal compared to Chicago’s six. However, the Eagles struggled to find the net. Despite ending the game with a 4-3 edge in shots on goal, Emory was not able to find the equalizer.

“It was a tough loss, as it was our first of the season, but we hope to turn things around and use this experience for our next few games,” sophomore midfielder Scott Haley said.

The Eagles fell to 1-1 in UAA play, but stand at No. 8 in the NCAA rankings, dropping from No. 6 last week. Chicago is unranked.

“[This past weekend] makes our two games next weekend even more important, so it’s crucial we get results,” Murray said.

The Eagles will continue UAA play today, Oct. 17, as they hit the road to take on New York University at 11 a.m. 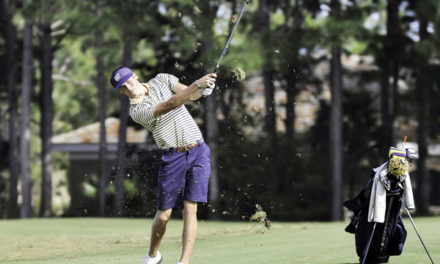 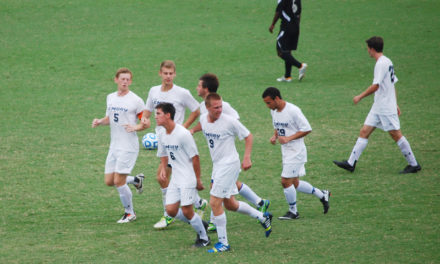 Men’s Soccer Team Drops Second In a Row to Centre