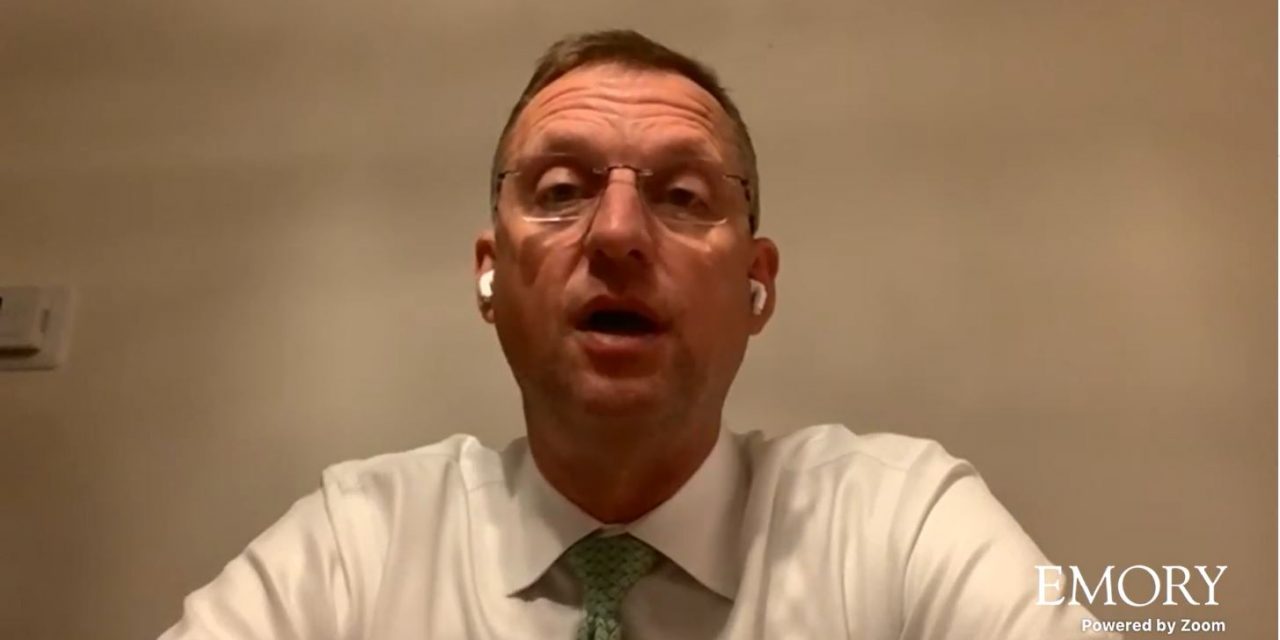 Emory College Republicans hosted U.S. Representative Doug Collins (R-Ga.) at a virtual event on Sept. 30, where he spoke about censorship on college campuses and the Black Lives Matter movement. Collins is one of the top three candidates running in a crowded Nov. 3 special election for the U.S. Senate.

The election will determine who will finish the remaining two years of former U.S. Senator John Hardy Isakson’s (R-Ga.) term who resigned in December 2019 citing health issues. Georgia Gov. Brian Kemp appointed businesswoman Kelly Loeffler (R-Ga.) to the seat in January 2020. Loeffler is also a candidate in the election.

Current polls show Raphael Warnock (D-Ga.) as the leading democratic contender to be one of two candidates advancing to a runoff. Collins and Loeffler are in a toss-up to be the other candidate to advance as they compete for republican votes.

A member of the Republican party, Collins has been a U.S. representative for Georgia’s 9th Congressional District since 2013. He previously served in the Georgia State House of Representatives from 2007 to 2013. In addition to being a chaplain in the military, Collins is currently a lieutenant colonel in the U.S. Air Force Reserve.

As stated on his campaign’s website, Collins is a supporter of free speech, the Second Amendment, the pro-life movement, reduced government spending, veterans, farmers and President Donald Trump. 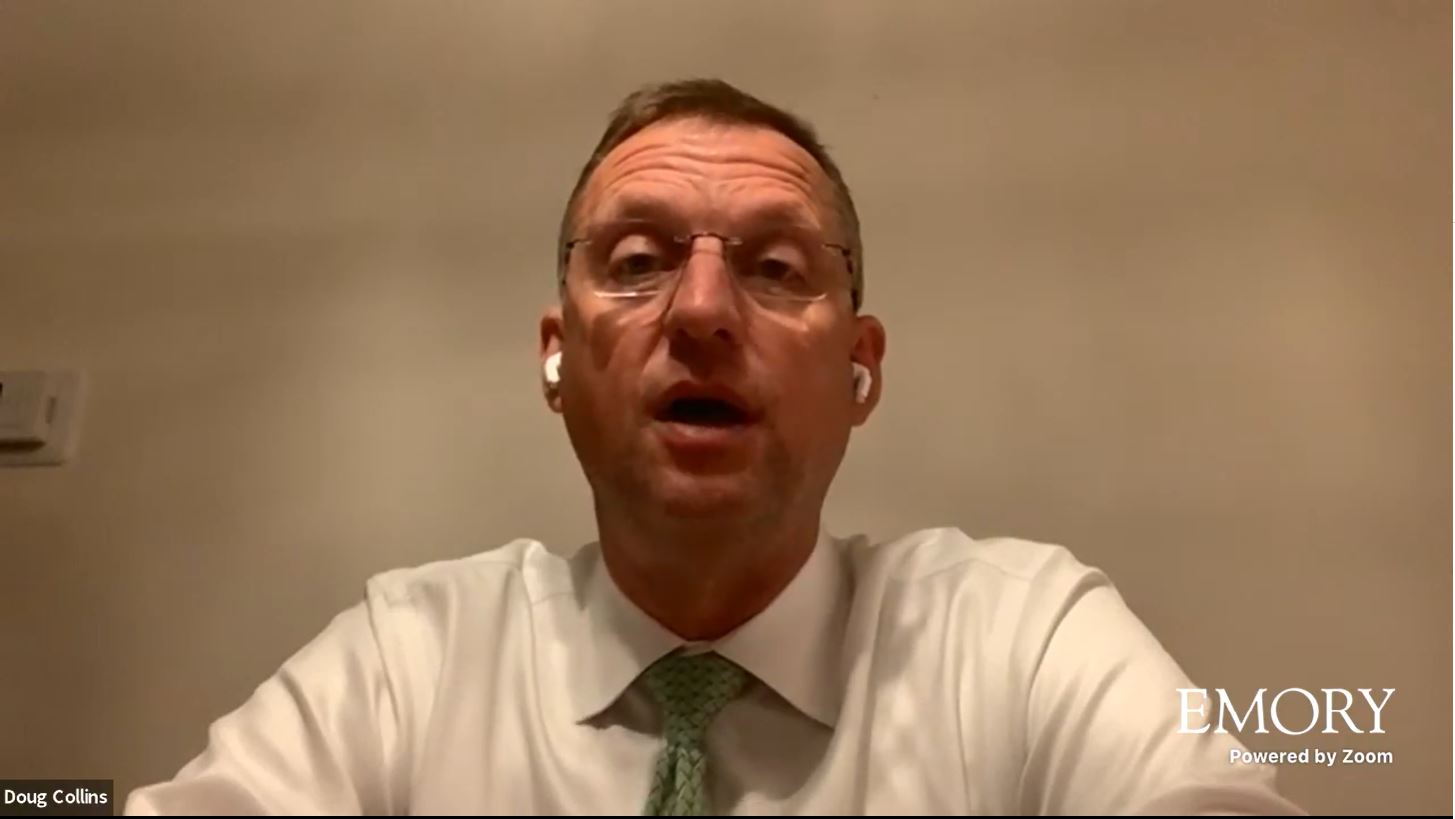 Emory College Republicans President Jasmine Jaffe (22C) stated that the group asked Collins to discuss censorship, the Black Lives Matter movement and the “radical left.” Jaffe moderated the discussion and asked Collins questions submitted prior to and during the event.

In response to a question regarding censorship on college campuses, Collins cited the First Amendment as an integral part of American democracy, noting that it specifically “applies for speech that you don’t like … You don’t need it for speech you like.”

“We need to have colleges and universities that are free thought ideas where you can actually go in,” Collins said. “This idea that you have to have safe spaces and safe zones is really ludicrous in a learning environment.”

Although he condemns the Black Lives Matter movement, Collins acknowledged that conservatives must condemn wrongful acts by individuals in the police department.

“Anybody on the police departments that does something wrong needs to be held in the highest accountable of the law for the actions that they did,” Collins said. “What we can’t have is just simply blanketed assessments that the police is bad and what they do is bad.”

Collins also affirmed polarization on both sides of the aisle.

“What we’ve gotten into is too many politicians who are willing to pander basically to their own beliefs and not work to get things done because they don’t want to go home and explain why this matters,” he said.

Notably, Collins said this pandering is exemplified by Loeffler, his Republican competitor in the special election. Collins cited her ad attacks on him for working with former 2018 democratic gubernatorial candidate Stacey Abrams to save the HOPE scholarship. Collins, on the other hand, has pointed to Loeffler’s co-ownership of the WNBA Atlanta Dream team and their social activism as an example of Loeffler being too liberal.

As required by Georgia State law, if no one candidate achieves more than 50% of the vote, a probable outcome considering the high number of candidates, a runoff is triggered between the top two contenders regardless of political party. Such a runoff would take place on Jan. 5, 2021.

As it stands, Collins and Loeffler are locked in a political battle for Georgia’s republican voters’ support, making it likely that they will continue onto the special election’s January runoff.

Georgia is the only state to have two Senate seats up for election this year, both previously held by Republicans. The other election is between Republican incumbent Sen. David Perdue (R-Ga.) and Jon Ossoff (D-Ga.), a Democrat challenger.