Last week an Arleigh Burke-class guided missile destroyer of the U.S. Navy sailed eastward toward the Levantine coast, armed with long-range Tomahawk cruise missiles and prepared to launch these missiles into the war-torn Syrian region if ordered.

This ship increased U.S. naval presence off the Syrian coast to four total destroyers, foreshadowing what Senate Foreign Relations Committee member Bob Corker (R – Tenn.) alluded to as an “imminent” response to the Syrian government’s alleged use of chemical weapons.

If Corker’s evaluation proves accurate, Syria would follow Libya as the second Arab nation in which the U.S. has intervened militarily since the Arab Spring. Unlike the conflict in Libya, however, as many as 100,000 people have been killed over a period of more than two years of fighting in Syria. The use of chemical weapons also signals a potential humanitarian crisis, crossing the “red line” which President Obama denoted earlier in the conflict.

With naval forces in place and increasingly belligerent rhetoric coming from Washington, the utility and morality of U.S. intervention in Syria deserves to be evaluated. If history is any guide, taking military action in Syria would potentially be disastrous, while failure to act would certainly result in the continued killing and displacement of militants and civilians alike.

The Syrian question is a complex one with no easy answer, which is why a policy of nonintervention would be best-advised for the U.S.

Supporters of military action generally argue for the humanitarian necessity of intervention, or they maintain that intervention would be in the “best interests” of the United States.

But is a Syrian military presence in the best interests of the U.S.? Bashar al-Assad’s dictatorial government poses no legitimate threat to America.

The idea of a “stable” Middle East benefitting the U.S. is similarly unfounded, as anything short of an all-out regional war would fail to have much of a direct effect here. The only reasonable interest U.S. intervention in Syria would serve is the installation of a pro-U.S. government – see Iraq and Afghanistan – to add to the United States’ arsenal of ostensible allies in the event of escalating tensions with Iran. In an ironic twist, the CIA recently declassified documents finally admitting to U.S. involvement in the Iranian Coup of 1953. Sixty years later, it is clear that the coup backfired miserably. The fable of a threatening Iran is the most prolific lie guiding U.S. foreign policy today.

While there isn’t a good reason to go to war in Syria, there are good reasons not to go to war. Though hardly an expert on the subject, Kentucky Sen. Rand Paul identified a central difficulty with intervention in the Middle East in an op-ed appearing in July on CNN. Addressing the developing protests in Egypt prior to former president Mohamed Morsi’s ouster, Paul observed that “[the] problem with constantly intervening in these troubled parts of the world is that there are often no clear good guys or bad guys. Today’s ally can quickly become tomorrow’s enemy.”

This is particularly true in Syria. While al-Assad’s government may be guilty of gassing civilians and receiving aid from Iran, the rebels may also have received aid from al Qaeda, meaning that the U.S. and al Qaeda would be supporting similar goals. To that end, it is unclear exactly who these rebels are.

A lack of discernible organization amongst the ranks of the Free Syrian Army and other rebel groups makes a tandem military effort shady at best, and there is no guarantee that U.S. support now would ensure an improvement of Syrian-U.S. relations in the future.

Even if the U.S. were to enter the Syrian conflict purely under the guise of humanitarian involvement, the wars in Iraq and Afghanistan serve as evidence that the end goals of a war can be vastly different from the initial aims.

The astronomical loss of life as a result of the Syrian Civil War is appalling. There is no indication that the conflict is nearing an end. U.S. involvement would not definitively make matters better or worse, but perhaps it is best to let Syria decide its own fate.

After all, a much younger U.S. faced a comparable conflict on its own 150 years ago. Though the American Civil War was twice as long and almost six times as bloody as the Syrian Civil War has been thus far, the righteousness of the people ultimately prevailed – and we are a stronger nation because of it. 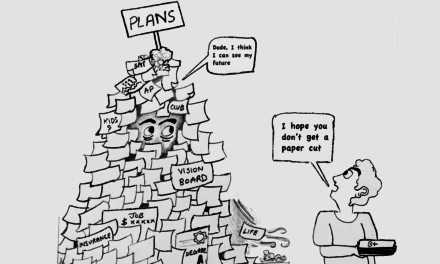 Does The Future Freak You Out?

Reuben Does Not ‘Lack’ Experience Needed for the CC VP Position