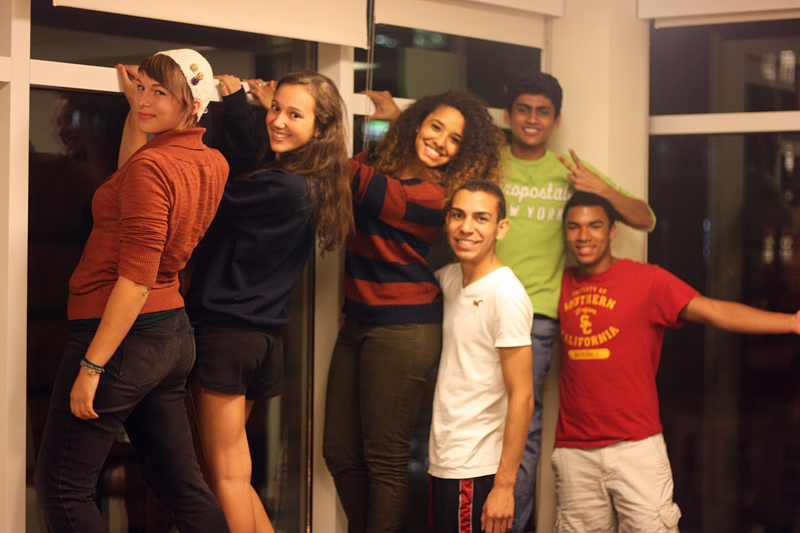 Friday night, about 11 P.M. – Emory junior Pat, as we will call her, was lucky enough to pass by freshman residence hall Longstreet-Means (LSM) on her way to a pre-game. She felt an acute need to raise her eyes to see what was disturbing her peripheral vision. What she saw was worthy of a quick Instagram-ing.

“Why are those people in third south floor twerking in the windows? What is up with the flashing colorful lights and the big ‘TWERK PARTY!!!’ sign?”

“Third southerners” were merely enjoying one of their usual Twerk Fridays, a tradition that started on their second Friday on campus. On that momentous night, three of the freshman residents on the floor were casually listening to music and talking in one of the rooms, when they decided to move the discussion, and the music, into the hallway: a random decision that lead to some unexpected results.

Soon, the three were dancing in the hallway windows. They liked the view, so they remained up there. Other floor-mates started joining them one by one, until the hallway window could not accommodate everyone. The party had to move to the study lounge, now known as the twerk lounge, where more window room was available. People kept filing in until the lounge was filled with genuinely entertained twerkers. Meanwhile, Hamilton Holmes residents looked puzzlingly from across the twerk lounge.  More Instagram-ing happened.

“The Twerk Friday tradition started off the night when my floor-mates became my family,” College freshman AJ Torres, one of the founders of the Twerk Friday said.

During this glorious weekly ritual, according to Torres, residents put some “ratchet” music on and dance unfettered in the windows, waving at and entertaining passers-by, who many times complete the trek to the third floor in order to join the party.

“Twerk Fridays… That’s what I am, I can just be myself,” College freshman Virginia Spinks, a LSM third south floor member and Twerk Leader said.

Next time you find yourself walking by Longstreet Means Residence Hall on a Friday night, look out for the large “TWERK FRIDAY!!!” sign.  That is the sign of a good time.