U.S. President Donald J. Trump arrived in Atlanta on Friday to kick off a new initiative intended to court black voters for his re-election bid. If we lived in a world where political gestures could reasonably be taken at face value, this strategy might have been impactful. But Trump’s speech, beyond a few threads focused on health care and crime, couldn’t have been more tailored toward energizing his predominantly white base. Trump’s rally was a pandering job, meant only to show some semblance of support for African American communities while doing nothing to actually help them. By stoking the flames of division while allegedly supporting America’s black communities, the president has only rubbed salt into our country’s long standing racial wounds.

But this should not be a surprise. The president secured victory in 2016 with only 8 percent of the black vote. While increasing that percentage wouldn’t hurt, it’s not clear that black voter support is a significant factor in his electoral strategy. Instead, by launching misguided criticisms of Democrats’ record at black voters, it’s unlikely that Trump will likely improve upon his low African American turnout for the 2020 election. To win the upcoming presidential election, Trump would need to maintain his grip on key swing states, likely by once again targeting white voters without college degrees that comprise much of his base.

Even given this evidence, it is possible that Trump nevertheless is trying to widen his support by including black voters. However, his speech on Friday was a swaggering assertion of the same inflammatory rhetoric he’s relied on since 2016. Trump quoted his famous exhortation to the black community — “What the hell do you have to lose?” — as a confident expression of his ideals.

In between tangents about the “rigged” 2016 election and the death of ISIS leader Abu Bakr al-Baghdadi, Trump did mention details relevant to the black community. He mentioned several times that the black unemployment rate has reached record lows during his administration. While true, these numbers continue a trend which began under former President Barack Obama, and belies the fact that many of these jobs are minimum-wage or low-paying. Trump offered little in the way of concrete proposals to erase the gaps in employment, wages and educational opportunity which continue to exist between white and black Americans.

The fact that Trump spoke this way in the center of Georgia’s 5th Congressional District, represented by civil rights icon Rep. John Lewis (D-Ga.), speaks volumes to his strategy regarding black voters. In 2017, Trump tweeted that the district is “in horrible shape and falling apart (not to mention crime infested),” prompting widespread condemnation from across the political spectrum.

Trump’s tweets about Atlanta and other predominantly African American cities demonstrate a minimal understanding of the nuanced problems facing the United States’ black population, including housing segregation, lack of access to educational opportunities and racial profiling by law enforcment. True presidential leadership in this area would involve meeting with civil rights leaders like Lewis who have worked for decades to advance equality for African Americans. It does not mean flying in and giving a one-hour speech listing Trump’s “accomplishments” for the African American community, many of which are, in fact, achievements of the previous administration.

Trump’s divisive rhetoric and defense of racists may reduce black voter turnout, but it is unlikely that it will do much to diversify his predominantly white male voting bloc. Trump’s attempt to court black voters in Atlanta is the height of hypocrisy. This is a man who got his start in the business world by discriminating against black tenants in his apartment and whose administration has actively worked to roll back civil rights protections. The extent of his racist remarks and actions make them impossible to fully list in this editorial.

Trump then appears a hypocrite and a liar; invoking the struggles of the black community to further a divisive cause is itself ironic, but his bold-faced distortion of the facts darkens the tone of an already suspicious endeavor. While Trump supporters may argue that Trump’s speech demonstrated outreach to the black community, one speech can’t reverse the wealth of racist rhetoric and policy that Trump has officiated since taking office. Americans of all stripes must remember Trump’s record when we head to the ballot box next year. 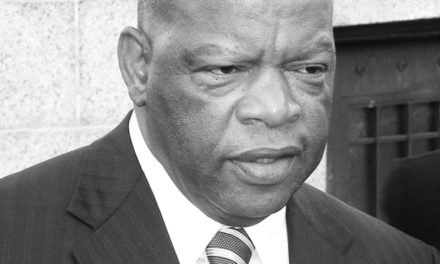 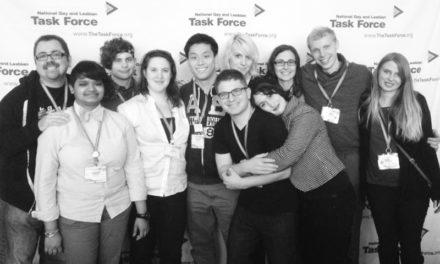