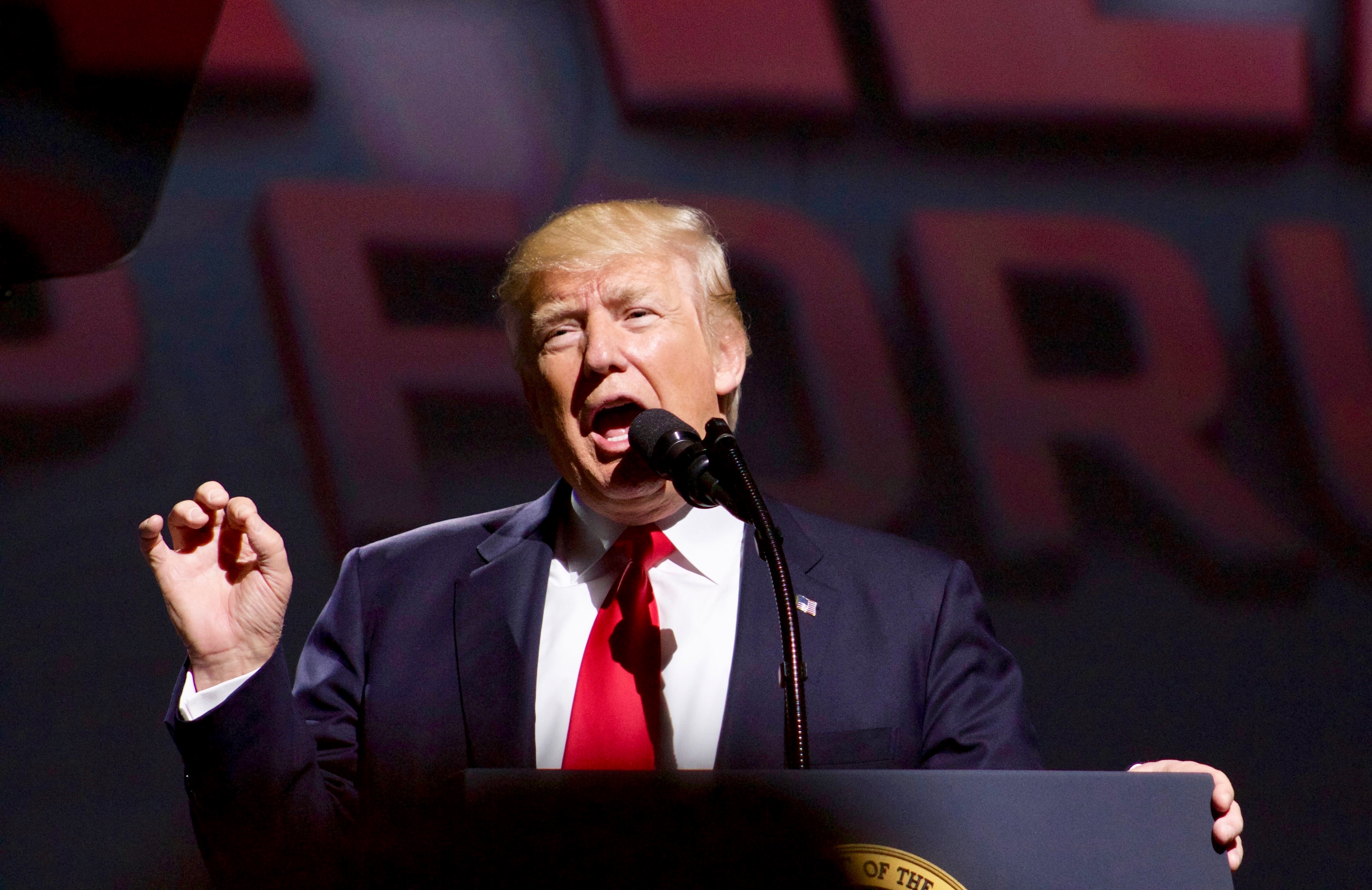 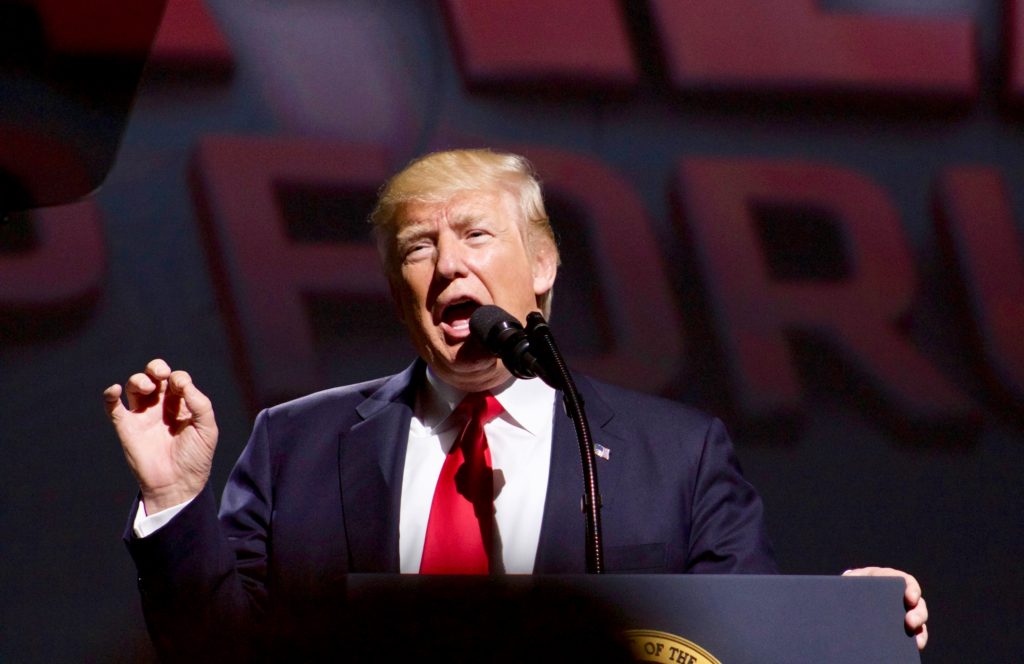 This article will be updated as new information becomes available.

Sessions announced Tuesday that Trump will “rescind” the DACA program, established by former President Barack Obama. The program will not expire until March 5, 2018, Sessions said. Trump urged Congress to replace the policy in the interim, calling the wind-down period “window of opportunity for Congress to finally act” in a Sept. 5 White House statement.

“I do not favor punishing children, most of whom are now adults, for the actions of their parents,” Trump said in the statement. “But we must also recognize that we are [a] nation of opportunity because we are a nation of laws.

The president tweeted later Tuesday, “Congress now has 6 months to legalize DACA (something the Obama Administration was unable to do). If they can’t, I will revisit this issue!”

“I’m not too optimistic that they are going to be able to agree on a replacement policy because there is a split among Republicans between the Trump wing of the party and the more moderate wing of the party,” Abramowitz said.

“The elimination of DACA means the elimination of hope for many of these young people. It also threatens to rob our academic community of some of our brightest minds on campus,” Sterk’s email read.

DACA is a temporary immigration benefit granted to some undocumented immigrants who were brought to the United States as children. The program offers a work permit and two years of deportation protection. To be eligible for the program, one had to be enrolled in high school or hold the equivalent of a high school diploma and have a clean criminal record. About 800,000 people in the U.S. are protected from deportation under DACA, according to The New York Times.

Emory College of Arts and Sciences Dean Michael A. Elliott sent an email to college faculty on Sept. 1 affirming that students who previously had DACA status will continue to have 100 percent of their financial need met by the university.

“Last year, Emory anticipated the possibility that DACA might be ended, and so created a robust set of policies designed to ensure all undocumented students have the need-based financial resources necessary to complete their Emory educations,” Elliott wrote. “This commitment to our students remains firm; students who have received need-based aid from Emory, but no longer have DACA status will be continue to receive financial aid as undocumented students.”

Some members of the Latino Graduate Student Association (LGSA) and Rollins Latinx Alianza protested Sept. 5 to defend DACA at the Atlanta Immigration Court at a demonstration organized by the Georgia Undocumented Youth Alliance, Project South and the Georgia Latino Alliance for Human Rights. Approximately 12 students met at Kaldi’s at the Depot and created signs before leaving for the protest.

“[The rescinding of DACA] is incredibly disheartening and disappointing,” said LGSA founding member Taina Figueroa, who is in her sixth year at Laney Graduate School and serves on LGSA’s executive board. “We have DACA students on this campus, but beyond that, it sends a clear message to all undocumented folks that this administration does not care about them, and I’m angry.”

In her University-wide email, Sterk wrote that she sent letters to Georgia’s congressional delegation and Sens. Johnny Isakson (R-Ga.) and David Perdue (R-Ga.) urging them to support the Dream Act of 2017, which provides a pathway to citizenship to those who entered the country illegally with their parents before the age of 18. The bill would change the status of DACA recipients to conditional permanent residents (CPR) which would provide them with legal work status for eight years and a pathway to citizenship following that time period.

“At Emory, our DACA students are academic scholars and community leaders; they are committed to improving and contributing not only to Emory, but also to the larger Atlanta and Georgia communities,” Sterk’s letters said. “Emory is committed to supporting these highly qualified students financially using private non-governmental resources to offer need and merit-based university scholarship support.”

As a presidential candidate, Trump promised September 2016 to “immediately terminate” DACA, referring to the program as “illegal.” Once in office, he delayed acting on the program, citing recipients of the program as “incredible kids,” according to The New York Times. Discussions on DACA gained urgency when a group of state attorneys general threatened to sue the Trump administration if it did not begin to dismantle the program by Sept. 5.

The attorneys general of Washington state and New York state announced prior to the announcement that they will sue if Trump ends DACA, according to ABC News.

In November 2016, Emory community members petitioned Sterk multiple times to designate Emory as a “sanctuary campus” and protested in favor of the designation, but the president  declined to adopt the label, stating it “lacks substantive meaning for policy and practice.” She also reaffirmed her support for undocumented students at Emory.

Sterk met with about half of the DACA students the administration knows of at Emory in late 2016, and the majority requested she refuse the designation to avoid drawing unnecessary attention to the undocumented community at Emory, Sterk said in a Jan. 18 interview with the Wheel.

UPDATE (9/5/17 at 8:59 p.m.): This article was updated to include an excerpt from an email sent out by Emory College of Arts and Sciences Dean Michael Elliott